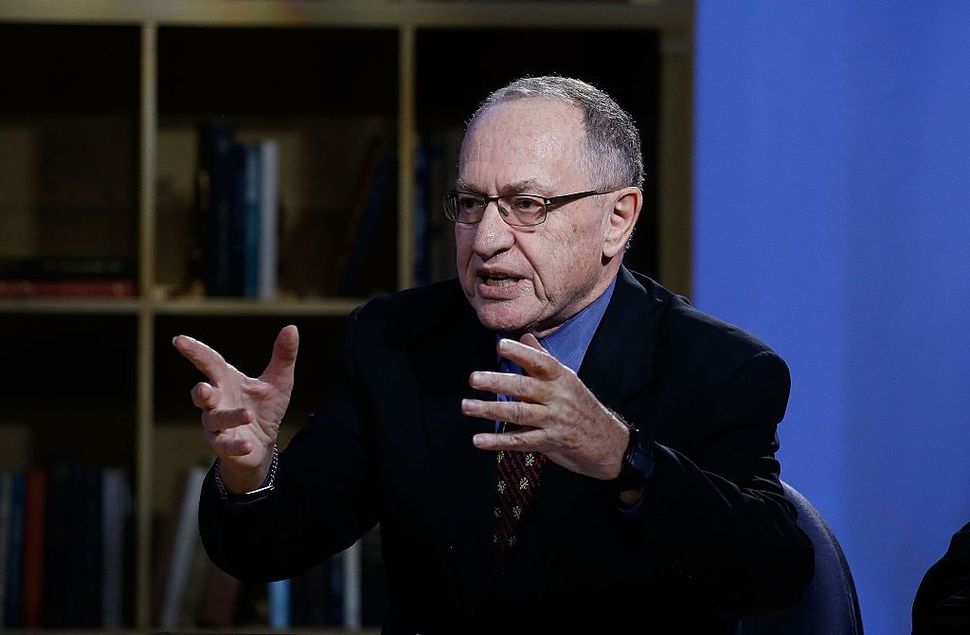 The Forward falsely described me as an “informal adviser” to President Trump and as a “conservative.”

I am neither. I am an objective commentator who has publicly criticized many of Trump’s policies, including on immigration, revocation of security clearances, Charlottesville and other issues.

I have defended his civil liberties in precisely the same way I defended those of Bill and Hillary Clinton. That’s why I am one of the few people who appear regularly on CNN, MSNBC, ABC and NBC as well as Fox to present a non partisan, neutral, unpaid analysis.

I am also a liberal on both domestic and Israeli issues, having voted Democrat all my life an having favored the two-state solution and opposed Israel’s settlement policies since the early 1970’s.

Alan Dershowitz’s latest book is “The Case Against Impeaching Trump.”