Brett Kavanaugh Was A ‘Cool Kid’ Who Thought He Owned The World. Maybe He Still Does. 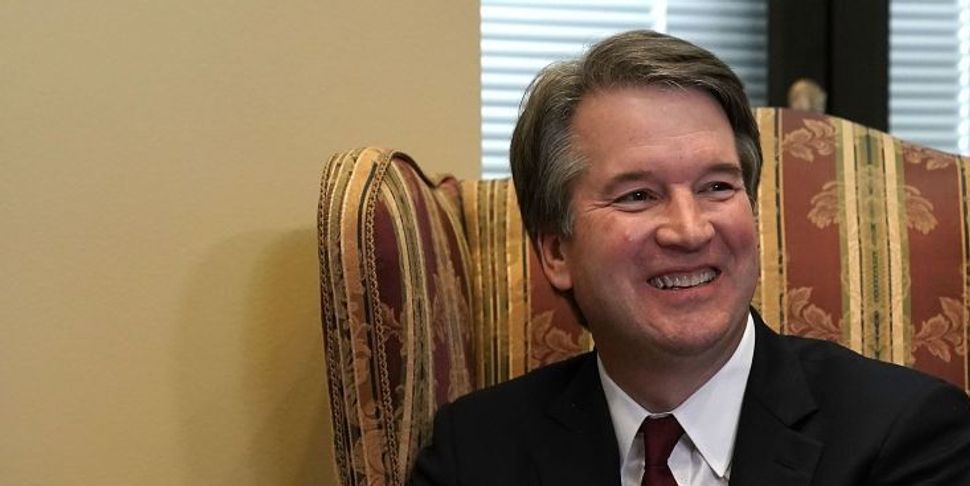 In the weeks since Supreme Court nominee Brett Kavanaugh’s confirmation hearings, not one, not two, but three women have stepped forward to accuse him of perpetrating or participating in sexual assault.

The first charge was Doctor Christine Blasey Ford’s accusation of attempted rape. Ford accused Kavanaugh of holding her down, muffling her screams, and trying to take off her clothes. The second charge was Deborah Ramirez’s, who accused Kavanaugh of exposing his penis to her and laughing about it to his friends. The third charge, which emerged on Wednesday, came from Julie Swetnick. Swetnick accused Kavanaugh of running a “rape train,” getting girls drunk and participating in gang rapes.

These are shocking accusations. But maybe we should have expected revelations about sexual misconduct from a Trump nominee. After all, as of last count, President Trump has more than 16 allegations of sexual misconduct against him.

But it’s not just that the two have both amassed accusations of sexual crimes that makes them simpatico. For Kavanaugh is not just a Trump pick. He is the natural product of the worldview Trump espouses, what I like to call Trumpism.

Put simply, Trumpism is all about empowering the empowered. Trumpism is about taking the cool kids, the rich white kids who have always got what they wanted, and making sure that they get even more.

For the image of Kavanaugh that’s emerged over the past two weeks — even beyond the sexual allegations, in affidavits and yearbooks and even his own high school calendar — is of a spoiled rich kid who was a member of the cool clique in high school. He was a popular kid who always got his way and is now being rewarded for that by Trump — because that’s what Trump does.

And that’s why Kavanaugh thought he would get away with it.

Because that’s the thing about Trumpism: It rewards the powerful not despite their penchant for abusing their power, but because of it.

Perhaps we should have seen this coming. Recall that Kavanaugh presented us with a letter signed by 65 women saying he wasn’t a scumbag in high school.

You know who doesn’t need a letter like that? Most people.

He was a popular boy from a wealthy suburb outside of DC with lots of friends and a yearbook filled with booze and cruel jokes about having sex with a woman named Renate. Kavanaugh’s clique called themselves “Renate Alumnius” — meaning, they’d all been through her.

His best friend, Mark Judge, was the cruise director type, the prototypical cool kid, the guy who literally wrote the book on being a party guy. And according to Judge’s book “God and Man at Georgetown Prep,” Kavanaugh listed himself in the class yearbook as treasurer of the “100 Kegs or Bust” club.

Judge also admitted to his ex-girlfriend Elizabeth Rasor that he had taken turns having sex with a girl who was very intoxicated — exactly the kind of thing Swetnick accused Kavanaugh and Judge of in an affidavit. Swetnick wrote that Kavanaugh and his best friend Mark Judge had fun parties where they spiked the punch bowl, drugged girls and “ran a train on them,” meaning, took turns having sex with them.

This allegation may or may not be true. But it is further proof of the culture Kavanaugh grew up in, the kind of people he ran with, the kind of person he was, especially given that the culture of heavy drinking has been corroborated so many times over.

Ever the popular kid, Kavanaugh’s “calendar” from 1982 is dotted with parties and prom and trips to the beach.

Of course, this is not the portrait that Kavanaugh painted of himself during his Fox News interview with Martha MacCallum. There, Kavanaugh talked past the question of whether he had ever blacked out in high school.

You know who doesn’t need to talk past allegations like that? Dorky kids who are home hanging out with their parents and studying for the SATs.

Imagine what Ruth Bader Ginsberg was doing in high school. She was not spiking punch bowls and running rape trains. She was not at Beach Week.

Most kids who end up in ivy league colleges study and obsesses about their grades. They watch movies with their parents. They are nerds. They aren’t best friends with guys who admit to taking turns having sex with an inebriated girl.

Even in 1980, rape was still rape. Consent was still consent.

Many of the things Kavanaugh said on Fox News and during his confirmation hearings have been debated by those who knew him in high school and college.

Only a popular boy, a cool kid, would believe that he could get away with having a past so speckled with alleged crimes and misdemeanors. Only a cool kid reeking of white male privilege would believe that this wouldn’t come back to destroy his chances during the confirmation process.

And at the end of the day, Trumpism proved him right.

For Kavanaugh is the perfect Trumpian candidate. Trumpism is about rewarding power with more power, rewarding stealing with more stealing.

The age of Trump is the age of the grifter, the age in which popularity with the winner is the only thing that matters, good and evil be damned.

None of us know what will happen with Kavanaugh after tomorrow’s hearings. Perhaps he will end up sitting next to Ruth Bader Ginsburg on the Supreme Court, or perhaps he’ll be relegated to the ash heaps of history, like Robert Bork.

But if he is confirmed, he will be the Eric Trump of the Supreme Court — a living breathing monument to wealth and whiteness.

Only Trump could have put him there.

Brett Kavanaugh Was A ‘Cool Kid’ Who Thought He Owned The World. Maybe He Still Does.