The UN General Assembly Was A Disaster For Palestinians 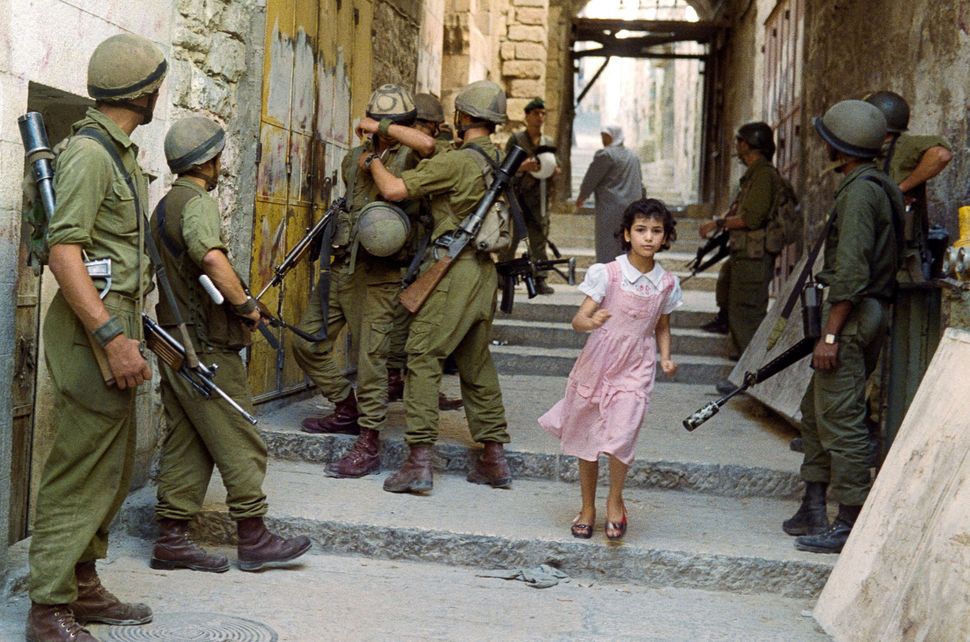 Three days ago, Secretary-General of the United Nations Antonio Guterres opened his UN General Assembly remarks by noting that “Palestinians and Israelis are still locked in endless conflict, with the two-state solution more and more distant.”

As if to affirm this statement, Israeli Prime Minister Benajamin Netanyahu’s 40-minute speech on Thursday made no single mention of peace with the Palestinians, focusing instead on the Iranian regime.

It signified how Israel has unilaterally moved on from peace.

Netanyahu did say he’d back a “Palestinian State under Israeli security control.” But he remains crippled by two fanatical politicians — Naftali Bennett and Avigdor Lieberman, who proudly announced on Thursday that “I do not care about Palestinian state.”

The US administration is the mirror image of these fanatics, overtaken by right-wingers more extreme even than Netanyahu’s cabinet. They have done nothing but side with Israel in the conflict again and again, whether by throwing Jerusalem into Israel’s lap without extracting any price in return, minimizing the status of Palestinian refugees by fatally striking their oxygen source, UNRWA, condoning Israel’s discriminatory nation-state law, or finally defunding co-existence peace initiatives and Palestinian hospitals in East Jerusalem.

Even when Trump said at a West Virginia rally last month that Israel will pay “a higher price” in return for the Jerusalem embassy move, his ambassador to Israel, David Freedman, quickly contradicted his statement, promising Israel that there would be no quid pro quo for the Jerusalem move. “There is not and there never was any demand made of Israel in exchange for the United States embassy move,” he said.

With such unilateral measures, PA president Mahmoud Abbas can never return to US negotiations without losing legitimacy. And he can never accept a deal that perpetuates Palestinian suffering and subjugation. Furthermore, Abbas has nothing left up his sleeve with which to pressure Israel into accepting alternative international mediators. His empty speech at the UN General Assembly only served to highlight his helplessness, isolation, despair and above all, inability to take action.

All he can do is wait until Trump’s presidential term is over.

Even if the Trump Administration finalizes its “deal of the century” to Israel’s full satisfaction, there’s no guarantee that Netanyahu’s Israel would accept such a deal. Although the US has been imposing extreme punitive measures against the PA, Trump’s envoy to the Middle East, Jason Greenblatt, emphasized that the US won’t impose its deal on Israelis and Palestinians.

And in the meantime, Khan al-Ahmar, which Israel ordered to self-demolish, is the straw that will break the camel’s back.

As Abbas indicated at the UNGA, Israel’s obliteration of the 50-year-old village bordering East Jerusalem will de facto cut the West Bank into North and South. In that case, any future solution would essentially take the form of self-ruling Palestinian Bantustans in the West Bank, fractured by countless Israeli settlements, and populated by stateless, unsovereign and ever-despairing Palestinians.

But it doesn’t have to be this way. Even if peace isn’t genuinely on Netanyahu’s or Trump’s agenda, this doesn’t mean that violent conflict has to be the alternative.

No Israeli or Palestinian civilian should endure this suffering any longer. If peace is far from a possibility at the moment, then the wellbeing of Israelis and Palestinians should in the meantime occupy the international community’s agenda instead, until a peace-making administration comes to power in Israel, Palestine, and the United States.

Civilians on both sides of the Israeli-Palestinian conflict live in perpetual agony. Israelis in the South are sleepless and terrorized by the projectiles Gazan militants throw on Israel to provoke the international community to Gaza’s rescue and pressure the Israeli government to lift the siege on Gaza; and Gazans are killed and their homes are destroyed by Israeli airstrikes in retaliation.

Gaza, besieged by Israel for over 12 years and controlled by the fundamentalist Hamas, has long crossed the threshold of uninhabitability. With compromised economy, regular armed escalations with Israel, and virtually no way to leave the blockaded enclave, two million impoverished people, most of whom are unemployable and half of whom are children “are being poisoned by the water they drink and likely by the soil in which they plant” as Harvard University Jewish Professor Sara Roy put it.

Gazans are “caged in a toxic slum from birth to death” as former UN Human Rights Council Commissioner put it. This unlivable environment produces only more violence-oriented radicals dedicated to bringing down the walls and fences around Gaza and seek vengeance against Israel.

Until peace-seeking administrations come to power, we should be focused on making life livable to Palestinian and Israeli civilians.

The UN General Assembly Was A Disaster For Palestinians