From Anita Hill To Christine Blasey Ford, What Progress Have We Really Made? 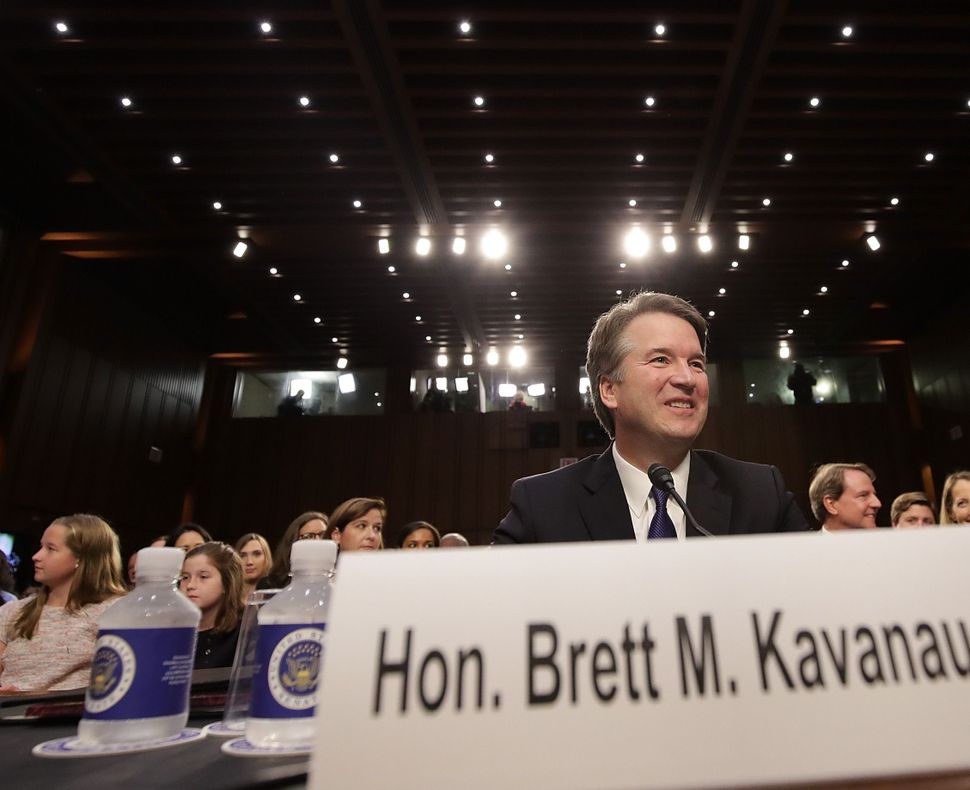 I remember exactly where I was on October 11, 1991, the day that Anita Hill described to the Senate Judiciary Committee how Clarence Thomas repeatedly sexually harassed her at work. I was the opinion editor of The Philadelphia Inquirer, and after work gave a ride home to a new colleague who had moved to my neighborhood.

We were stuck in traffic on the Schuylkill Expressway (Philly folks will sympathize) absorbing the dramatic events of the day. And all of a sudden, she and I started sharing our own experiences of sexual harassment at work.

I barely knew this woman, yet in the safe confines of that car, I told her something I never told anyone else before — not my husband, not my sister, not my closest friend — and never spoke of again until many years later. She, too, confessed to a secret she had kept locked away for some time.

Although the all-white male Senate committee disregarded Hill’s graphic disclosures and paved the way for Thomas’s appointment to the U.S. Supreme Court — a tenure marked by extreme bitterness and little else — the drama did have consequences. A record number of women ran for and won political office the next year. New words entered the public lexicon.

Hill herself became a potent, if still controversial, symbol of a new wave of feminism.

The similarities between then and last Thursday’s hearing are striking and, frankly, obvious: Christine Blasey Ford, a graceful, deferential and reluctant witness against Judge Brett Kavanaugh, who angrily railed in Thomasian fashion against a process he, too, found disgraceful.

At least this time, the all male Republicans in charge of the hearing appreciated the optics and hired a female prosecutor to ask questions on their behalf. (Though once Kavanaugh started testifying, they ignored her.)

At least this time, with the backdrop of the #MeToo movement, Blasey Ford seemed to ride a crest of female indignation rather have to prove there was a problem with sexual misconduct in the workplace to begin with, as Hill did.

At least this time, public opinion has definitively shifted. In 1991, Thomas’s approval rating actually rose after Hill’s testimony, probably because a majority of Americans doubted her accusations.

Today, more Americans believe Blasey Ford than Kavanaugh, and 48% don’t believe he should be on the high court at all.

We have moved as a nation in the last 27 years, but how far? My colleague Batya Ungar-Sargon has argued that no matter what happens in the final vote on Kavanaugh, the nation is now more united than ever on how women should be treated. As she writes even “Kavanaugh’s biggest cheerleaders insist that Ford was credible.”

I want to share her optimism, I really do. I hope she’s right. Women are more believed than we were then, more able to share our stories and call out misconduct, and that misconduct now has consequences. But when I think back to that revelatory car ride all those years ago, I still wonder why it took so very long to get here. And whether decades from now, we won’t be revisiting this same conversation.

What else I’m writing. I suppose I’m lucky that watching the marathon hearing last Thursday was part of my job! I wrote a quick reflection on Blasey Ford’s testimony just after she finished, and a longer piece building on those thoughts for Sunday.

One final thought on the hearings (for now). Remember how Blasey Ford asked for caffeine and was later seen swinging a large bottle of Coke? As someone who is pretty grumpy without my morning coffee, I totally related.

Then I read about a new study demonstrating that consuming caffeine regularly may increase the ability to withstand pain and I saw her request in a new light.

Perhaps Kavanaugh should have tried it instead of beer?

But there’s one exception: Israel. “After a year in which the Trump administration generated international controversy by moving the U.S. Embassy from Tel Aviv to Jerusalem, his positive rating jumped to 69%, up from 56% in 2017,” according to Pew.

For some Jews, this is no doubt good news. Israel Hayom, the Sheldon Adelson-funded free newspaper, crowed about the findings, leading its English edition with the story.

Others, like myself, feel that the sharp decline in America’s reputation and power could put Israel more at risk diplomatically.

One historical note that Trump may not like: While today 69% of the Israeli public views him favorably, that’s slightly below the 71% approval rating that President Obama enjoyed at the end of his first term. That bit of context didn’t make it into Israel Hayom.

Looking forward. Tonight I plan to watch a screening of “The Oslo Dairies,” the 2018 documentary about the Oslo Accords, at a special program at the Council on Foreign Relations, followed by what should be a fascinating conversation between Ghaith Al-Omari, Martin Indyk and Joel Singer. I’ll report back to you next week.

And by then, since this year’s long, wonderful stream of Jewish holidays will be over, I’ll resume sending out this newsletter on Mondays. Thanks for reading, and for sharing.

From Anita Hill To Christine Blasey Ford, What Progress Have We Really Made?