How The #HimToo Hashtag Restored My Faith In Humanity 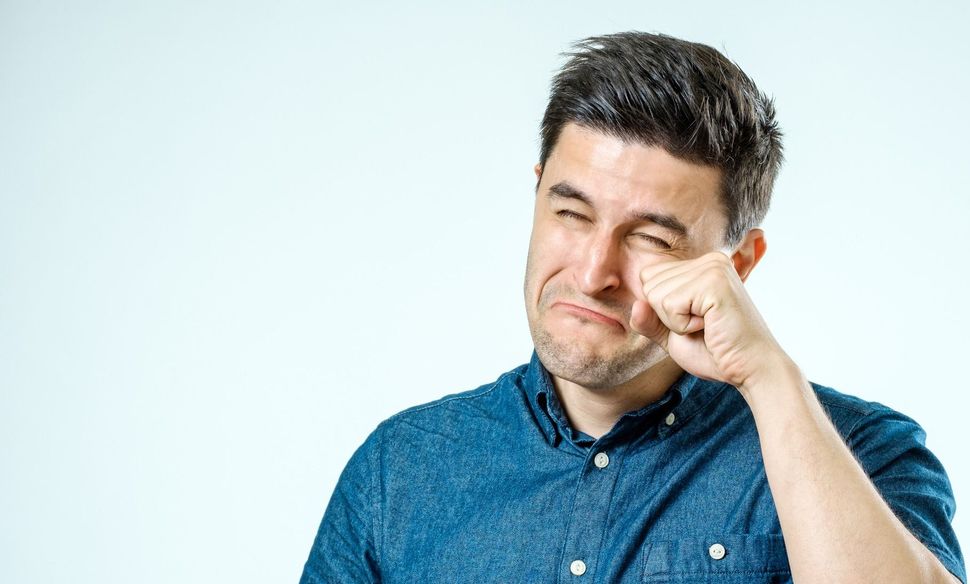 Twitter and Trump go together like Jefferson Beauregard Sessions and racism, or Kim Kardashian and Instagram. They exist in a symbiotic relationship, a constantly reinforced feedback loop.

Without Twitter, there would be no Trump. And given what we’ve learned about Russian troll farms, there would certainly be no President Trump.

But in a way, Twitter has come to depend on Trump a little, with Trump-related hashtags going viral weekly, if not daily. Sometimes they come care of the President himself. And sometimes they come from elsewhere.

As a participant of the Extremely Online Twitter Lifestyle (also known as just too much), I’ve seen a lot of trends that were clearly manufactured by nefarious foreign actors. I’ve witnessed those trends magnified by accounts that couldn’t possibly be real, women with photos from catalogs misspelling simple American words. I’ve also observed those trends magnified by insiders in Trumpworld, like the president’s own adult son.

But this week gave us one of those rare occurrences when humanity in all its weirdness shines through the internet.

Monday’s viral hashtag was #HimToo, a play on #MeToo, the women’s movement to get survivors of sexual assault and harassment heard. #HimToo, unlike #MeToo, was a defense of the accused male in the scenario, rather than the sexually assaulted woman. It was certainly playing on things the President has been pushing home throughout the confirmation process of his Supreme Court nominee Brett Kavanaugh, accused of sexually assaulting Dr. Christine Blasey Ford and others and culminating in his belief that it was all a “hoax.”

And like other hashtags of the #MAGA, this one bore their trademark — a reversal of a liberal meme. The #MAGA crowd are actually great at these reversals.

It’s actually a big part of Trumpism — stealing the narrative away from the Democrats. Just think of how they used #BlueLivesMatter to undermine the basic human notion pointed out by the left — that #BlackLivesMatter. They took the idea that “killing unarmed black children is wrong” and stole the narrative, replacing it with something that paints conservatives as the true oppressed minority. The central idea behind #BlueLivesMatter was that by caring about shooting innocent black children, the Democrats no longer cared about the lives of cops.

This kind of thought jujitsu is one of Trumpism’s main tricks, a kind of projection spiked with conservative victimology.

In the case of #HimToo, the idea was simple: Dr. Ford was not the victim; the real victim was the perpetrator, Brett Kavanaugh, or any man who’s been credibly accused of sexual assault. And since Trumpworld is so incredibly good at staying on message, everyone from Donald Trump to Lindsey Graham to Donald Trump Junior was able to pump out this message, that the real victim was not the victim at all, that the real crime wasn’t attempted sexual assault but the accusation, or “hoax” as Trump ended up calling it.

This ended the way things often do in Trumpworld, with Brett Kavanaugh in the Supreme Court and Doctor Ford in hiding.

Perhaps because of the relentlessly dark nature of how this all went down, a delightful twist on the #HimToo hashtag brought some joy to the Twittersphere earlier this week.

It was the work of @MarlaReynolds3, a.k.a. “BlueStarNavyMom3” a.k.a. former marine Pieter Hanson’s mother. In a now-deleted Tweet, Hanson’s mama wrote a note filled with self-pity for her son, who won’t go on dates because of all the false accusations out there against noble boys from terrible, lying women:

“This is MY son. He graduated #1 in boot camp. He was awarded the USO award. He was #1 in A school. He is a gentleman who respects women. He wont go on solo dates due to the current climate of false sexual accusations by radical feminists with an axe to grind. I VOTE.”

I’m sorry but I had to do this pic.twitter.com/RMoS8iV5fR

Mama Hanson was concerned that her adult son, the pride and joy of her life, might be targeted by the almost microscopic number (between two and ten percent) of false reports of sexual assault.

As the child of a Jewish mother, it’s sort of nice to see a non-Jewish mother embarrassing her children with the same zeal and gusto that our people are sort of known for.

For to the delight of many, it turned out that Mama Hanson had embarrassed her son, the aforementioned marine, badly.

Amazingly, Pieter Hanson himself dissented in a delightful response, also on Twitter:

That was my Mom. Sometimes the people we love do things that hurt us without realizing it. Let’s turn this around. I respect and #BelieveWomen . I never have and never will support #HimToo . I’m a proud Navy vet, Cat Dad and Ally. Also, Twitter, your meme game is on point. pic.twitter.com/yZFkEjyB6L

And with that, Twitter went to work. We did what we do best on Twitter, made memes and tweets that corresponded to the hashtag that inspired more people to make memes and tweets to troll these poor guy’s mother who eventually deleted the tweet, which is very much a rooky move because someone’s always got a screenshot.

This is my son. He graduated from Harvard, works as a Vice President at a prestigious bank and likes nothing better than relaxing to Phil Collins and Huey Lewis and the news.Due to left wing feminists He cant go on a date alone because of that one time with a chainsaw. #himtoo pic.twitter.com/y5qbRf9lk8

This is my son. I’m currently chained to the water heater in his basement. Send help. #HimToo pic.twitter.com/Uq4TqOM2hf

We had a good time. But the thing that made it most delightful was the humanity of it all.

I have not seen a lot of humanity on Twitter. During the 2016 election, I saw Russian troll farms exploit hashtags like they were Kleenex. The hashtags #MAGA, #politics, #neverhillary, #TrumpPence16 abounded on Twitter. Pro-Trump hashtags were everywhere, from the comments on the president’s own tweets to the tweets of the president’s surrogates. I watched Twitter trolls try to convince people that John Podesta was somehow involved in Spirit cooking. It takes a pretty impressive imagination to move from risotto recipe to spirt cooking but perhaps that is the demented genius of this whole thing.

Now, two years later, this troll activity has not abated, despite our government’s concerted efforts to do nothing to deter it.

In July, we saw the advent of the #walkaway hashtag, which was meant to inspire people from LGBTQ and African American communities to walk away from the Democratic party. It was shockingly a hashtag that was a favorite of Russian trolls and Turning Point USA’s Candace Owen though it’s not clear that anyone actually walked away.

I assumed that this renewed hashtag was simply that — another iteration of a Russian hashtag that had been magically coordinated between the Republicans and the Russians, not unlike the way #voteforroymoore was magically picked up by Russian trolls right before his special election.

But Monday’s hashtag was not the work of troll number 347 in the basement of a Moscow pizza shop. Mondays hashtag wasn’t even cooked up by someone in Trump’s digital team.

Monday’s hashtag was one of those blissful times when an organic hashtag trends because Twitter is doing what it does best: make fun of someone’s mildly deranged baby boomer mother

Most times, Twitter messaging doesn’t work like that. Most times, trends are either messages pushed out by a corporation supporting a brand event or by someone trying to manipulate political content. But this one glorious time, the internet actually brought us all together to make fun of baby boomer because as the insipid Facebook ad says “When this place does what it was built for than we all get a little closer.”

Sometimes, not most times, not much of the time, not really all that often, but sometimes, social media actually doesn’t break our hearts with the misery of the meaninglessness of life in the digital age. Some we get to see the wonderful side of humanity, of children being generous to their parents, or at least, reasserting their independence from them, and when we do, our humanity is restored and we are delighted.

How The #HimToo Hashtag Restored My Faith In Humanity