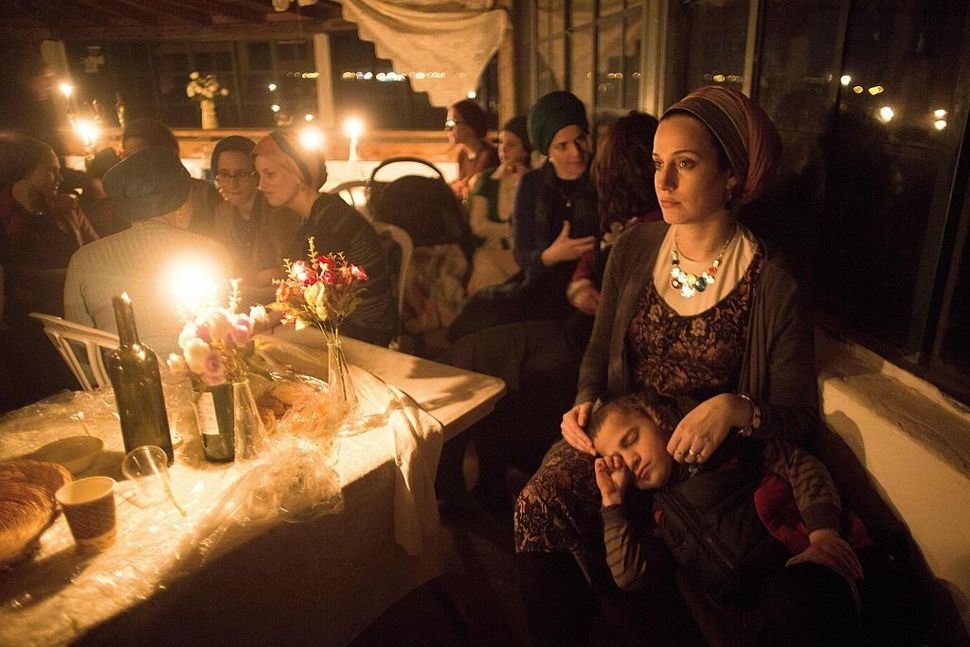 What if there were a simple set of rules that could put an end to the entire #MeToo crisis, effectively relegating sexual assault to the dark ages? It’s something a certain group of religious writers, whose belief systems range from Jewish Orthodoxy to Islam and Christianity, seem to believe.

“Do we really imagine that true respect for the integrity and honor of women can survive, let alone thrive, in a world…where female performers — claiming ‘liberation’ no less — feel compelled to appear on stage in costumes that once would have had them arrested if worn in public?,” asks Orthodox rabbi Avi Shafran in Tablet Magazine.

“A woman who ‘shows off’ by dressing only for herself — who purposefully dresses immodestly to show off and get noticed — is showing no consideration for the men around her. She is scoring shallow, ego-boosting victories at their expense,” writes Joel Hilliker, a Senior Editor of a Pentacostal publication.

Their views align with a pernicious and ancient belief that if only women would cover up, would hide their captivating figures and faces, would refrain from speaking out publicly and would refrain from being alone with men, then the whole problem of sexual impropriety would vanish.

If only it were so simple.

As an Orthodox Jewish woman (I write this while wearing opaque black tights, sensible shoes, a long skirt that covers my knees and a top that covers my elbows and collarbone), I would love to believe that my religious practice has the power to protect me. But the evidence just isn’t there.

A full quarter of married women who have been ultra-Orthodox from birth report having been sexually abused. If women who dress in thick stockings, long dark skirts and prudish wigs, who refrain from even shaking the hands of men who aren’t their spouse or their close relative, are not immune to sexual assault, then none of us are. Indeed, far from providing protection to women who follow the rules, religious orthodoxy more often shelters those who perpetrate the worst abuses of others.

It’s not just the #MeToo movement that has religious folks seeking to place responsibility for assault squarely on the shoulders of those who are assaulted. This is what you might call a meme in fundamentalist spaces.

According to Google Trends, searches for “modesty” are the highest in Utah, a state that is more than half Mormon. “Our clothing expresses who we are. It sends messages about us, and it influences the way we and others act. When we are well groomed and modestly dressed, we can invite the companionship of the Spirit and exercise a good influence on those around us… Revealing and sexually suggestive clothing, which includes short shorts and skirts, tight clothing, and shirts that do not cover the stomach, can stimulate desires and actions that violate the Lord’s law of chastity,” proclaims the Church of Latter Day Saints.

The Mormon standards of Modesty pale in comparison to that of Rabbi Pesach Eliyahu Falk, reviled even by women in Haredi circles for his book “Modesty, An Adornment for Life,” which admonishes women who wear headcoverings that fall down their back or for wearing the wrong color of tights. “By exposing areas that should be covered,” which to Falk means most of the body, “she transgresses the prohibition of ‘Do not desire.’ According to the rules of Torah interpretations this verse can also be read as ‘do not make others desire.’ When a woman exposes her limbs, she arouses the desire of those who see her. Dressing in a [slutty] way is therefore a violation of this prohibition,” he writes.

By the logic of Falk and the Mormon Church, dressing in a way that is immodest is not only a sin against God, but a sin against all men. By dressing only for herself, a woman places the souls of others — her potential assailiants — in mortal danger.

This argument removes agency from the perpetrator and places it firmly onto the victim, which is damaging in and of itself.

This account is not just pernicious and ugly. It’s also false — and dangerous. Perhaps, if one could prove that dressing modestly does indeed lower the instances of sexual assault, then this argument would make some sense. But even in its most extreme manifestations, modest dress and actions are not a guarantee of protection: Farzana, a Muslim mother of two who wears a full face veil, was groped by a tailor as a teenager and has had her crotch grabbed in a crowded Pakistani marketplace — and she’s far from alone.

My colleague Avital Chizhik-Goldschmidt writes compellingly that while modesty won’t protect you from sexual assault, vigilantly observing yichud, the Jewish prohibition against seclusion with members of the opposite sex, might.

The statistics paint a far less hopeful picture. A 2007 study in the American Journal of Psychiatry found that over a quarter of married Haredi women report having been sexually assaulted, a rate slightly higher than the rate found on secular American college campuses, and 16% report having been abused before the age of 13, which is likely a much higher percentage than found in the general population.

Haredi victims of sexual assault, because of the social gender separation and the observance of yichud, are more often sexually abused by their spouses, raped by family members or sexually assaulted by same-gender mentors. Devastatingly, 45% of sexually assaulted ultra-Orthodox respondants in the aforementioned study did not report the abuse to anyone, even though 76% of the time, the abuser was a relative or someone they knew.

Why not? The sad truth is that religious institutions often offer more protection for sexual predators than for their victims.

Most publicly, the Catholic Church is accused of covering up sexual abuse at every level of the church heirarchy.

This is but one example of countless. There’s the Mormon woman whose father raped her for not speaking publicly in church, and the local church leaders that covered it up. The Jewish teacher who for decades was allowed to sexually abuse young boys and girls in a Modern Orthodox Jewish high school, even when school administrators knew about it. Thousands of young Muslim women are killed by their male family members for being suspected of violating the religious prohibition of premarital sex. Countless Orthodox Jewish children are sexually abused and develop mental distress. Hundreds of Muslim women report being assaulted during Hajj, the annual Muslim pilgrimage to Mecca, and in other religious settings. This year, a young Muslim child was allegedly gang-raped in a Hindu temple in India. Hundreds of young Rohingya Muslim women have been raped while attempting to flee Buddhist-majority Myanmar, and are currently carrying their rapists’ children to term.

The faces of the #MeToo movement are often celebrities, most of whom don’t adhere to religious dress codes or avoid being secluded with the opposite gender. But the far less glamorous victims are far more common globally, and most of them weren’t dressed “immodestly” or alone with someone they shouldn’t be alone with — at least not of their own free will.

Admonishing women to dress modestly may sound like a good solution in the abstract, but when you hear about these stories, do you really stop to consider how the victims were dressed?

Like most complicated problems, there are no easy or obvious solutions to #MeToo.

In religious institutions, we can start by removing the pervasive stigma against reporting sexual assault, reminding religious educators that they are mandated reporters of child abuse and sexual assault, teaching children to report when someone touches them inappropriately, and obliterating the myth that reporting a sexual assailant is a sin. Of course, religious concepts like respecting individual autonomy and protecting individual privacy are important values to instill from an early age, but teaching this value in the abstract is far from sufficient.

If we truly believe that sex is sacred, then sexual abuse is an assault on a soul — and it’s an obligation for us to eradicate it from our midst.

It might be easiest to preach about modesty to the women from on high — but in our patriarchal systems, it’s much more important for rabbis to have quiet conversations with the men.