Killing Peace With A Thousand Cuts 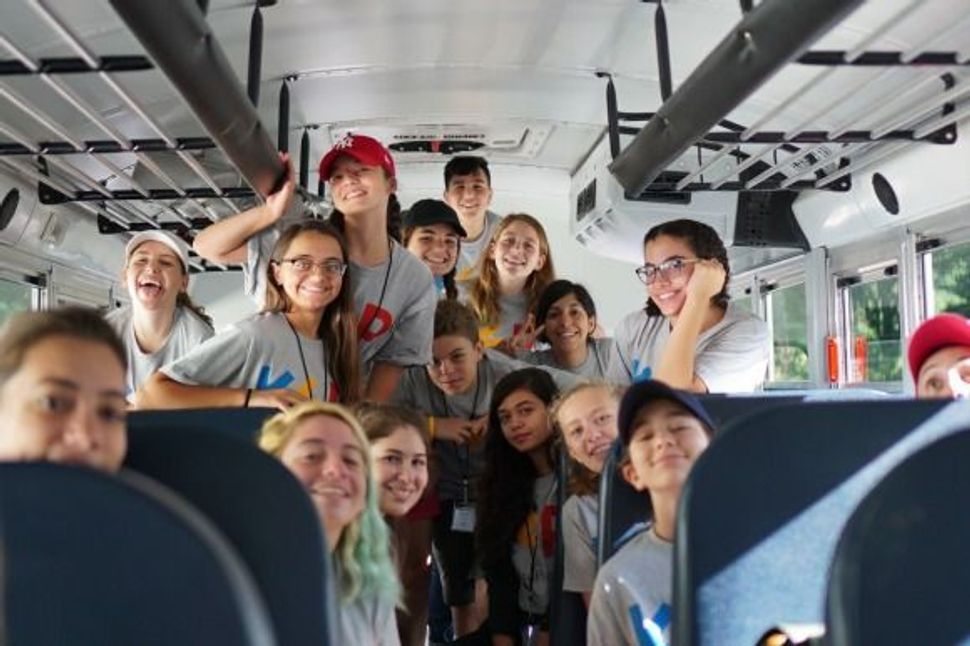 The Trump administration is wielding a huge set of scissors and cutting its way through funding that Congress has earmarked for Palestinians. First, it was $200 million in bilateral aid, then it was funding for refugees in the West Bank and Gaza, and hospitals in East Jerusalem.

You can argue all you want about whether this is appropriate payback for the Palestinian refusal to engage with Trump’s flailing “peace process,” or it’s the prudent response to decades of mismanagement and corruption. But I don’t know how anyone with a heart and a brain can support the latest cut — a measly $10 million for programs run by the United States Agency for International Development promoting coexistence between Israelis and Palestinians.

But it’s everything to Omar Dahleh. He’s a 16-year-old Palestinian Jerusalemite who has been involved with a grassroots interfaith movement called Kids4Peace, which brings together Israelis and Palestinians, Jews, Muslims and Christians, to learn together and promote peaceful coexistence. I had the pleasure of hosting Omar, his Israeli Jewish counterpart, and two Kids4Peace leaders for Shabbat dinner during their summer tour of the States.

Omar has a deep voice and a preternaturally mature demeanor that makes him seem older and much wiser than an ordinary teenager, and the perfect representative for a movement trying to build more than metaphorical bridges between two enemy peoples. They are trying to build civic strength.

“Kids4Peace has had a profound impact on my life,” Omar wrote to me recently. “Through these programs, I learned to communicate the plight of my people and share my story with Israelis, and I learned to listen to stories of my peers, and opinions that I may not have respected, let alone agreed with.”

The summer tour included a meeting with Jason Greenblatt, Trump’s special representative to Israeli-Palestinian negotiations. Omar told me afterwards that he was anxious with anticipation.

“For once, I felt that I could make a change, get the American government to support an even-handed role in the region, and support the vital work of Kids4Peace,” he wrote. “For once, I felt that I had a voice, not merely for myself, but for my grandmother, orphaned in 1948; my uncle, once imprisoned by Israel; my parents, who faced copious, heinous accounts of discrimination; and for my slew of friends, living on the other side of the ghastly grey wall that separated where I lived from where they did.”

“For once I felt that I had a voice not merely for myself but for my people. Call me naïve, but I felt like an advocate and held a key — not of return, but of a prospect of liberation, dignity, equality, and peace.”

And then: dashed hopes. Not only was Greenblatt dismissive of the Kids4Peace delegation’s concerns, his boss in the White House went ahead and made it all official. Beginning next fall, Kids4Peace anticipates a $500,000 shortfall, said Meredith Rothbart, the organization’s Jerusalem Director.

“This would drastically affect our ability to deliver high-quality youth programs and would restrict any plans for growth,” she wrote in an email.

Now, there are those who applaud these efforts. Jared Kushner, for one, who told The New York Times, “Nobody is entitled to America’s foreign aid.”

Or, interestingly, the Palestinian journalist Daoud Kuttab, who took a rather cynical approach to Trump’s actions, writing in the Washington Post: “Any coexistence project must begin the day after peace is reached. Only then can it make sense to spend funds to improve the image that Israelis and Palestinians have of each other.”

I respectfully disagree. The efforts to bring together people in conflict — on the soccer field, in football practice, in the concert hall, wherever these coexistence programs operate — should never cease. You want peace in the region? Don’t brutally cut it off at its tender roots.

What else I’m reading. Like all journalists — I hope, like all concerned citizens — I’ve been shocked and dismayed by the brazen murder of Washington Post columnist Jamal Khashoggi, and by Saudi Arabia’s disgraceful, inept cover-up, abated by the acquiescence of President Trump.

The consequences will be far-reaching. For a very smart take on how Khashoggi’s murder will affect Israel, I suggest reading this column in the Forward by Mideast analyst Sigurd Neubauer. He quickly dispels the argument that Israel and America cannot afford to weaken Saudi Arabia by holding it accountable for this heinous crime.

“If anything,” he writes, “the Khashoggi affair illustrates that unless appropriate measures are taken by the Saudi leadership, the Kingdom will be reduced to a pariah state, and its partnership with Washington against Iranian extremism will ring hollow as there is arguably nothing more extreme than butchering a 59-year old journalist at a diplomatic mission.”

Chicago was our kind of town. “I look forward to learning as much as possible about the conversation between Peter Beinart and Bret Stephens,” a reader wrote, asking about the dialogue I moderated in Chicago last Thursday. In a word, it was awesome.

The two national columnists are fine sparring partners — firm in their beliefs, but willing to listen and explain; respectful in tone; often very funny; and presenting the sort of spirited civil conversation in painfully short supply in the Jewish community these days. (Except, I might add, on the pages of the Forward, where we host these sort of debates day after day.)

We videotaped the program and I’ll let you know when it will be up on our website. Meantime, please check out our special events page for the many places that I and my colleagues are appearing. Next on my calendar: a conversation about women in the midterm elections on November 1. Click here for more information.

Looking forward. Last Tuesday, October 16, marked the 92nd birthday of Alice Shalvi, the “Queen Mother” of Israeli feminism and an amazing, delightful force of nature. My profile of Shalvi appears on the cover of our November magazine, and will be online any day now. Do read it, and share!

This column is part of the weekly Jane Looking Forward series. If you would like to receive it in your inbox, here’s the link to sign-up. And, remember to email me at [email protected] with your questions and concerns. Thank you!

Killing Peace With A Thousand Cuts