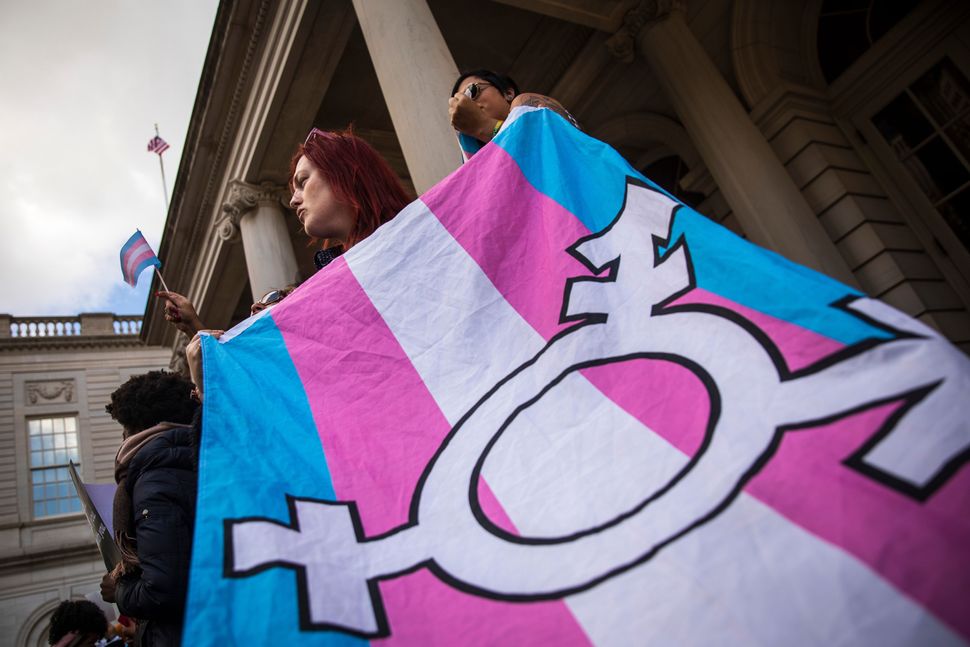 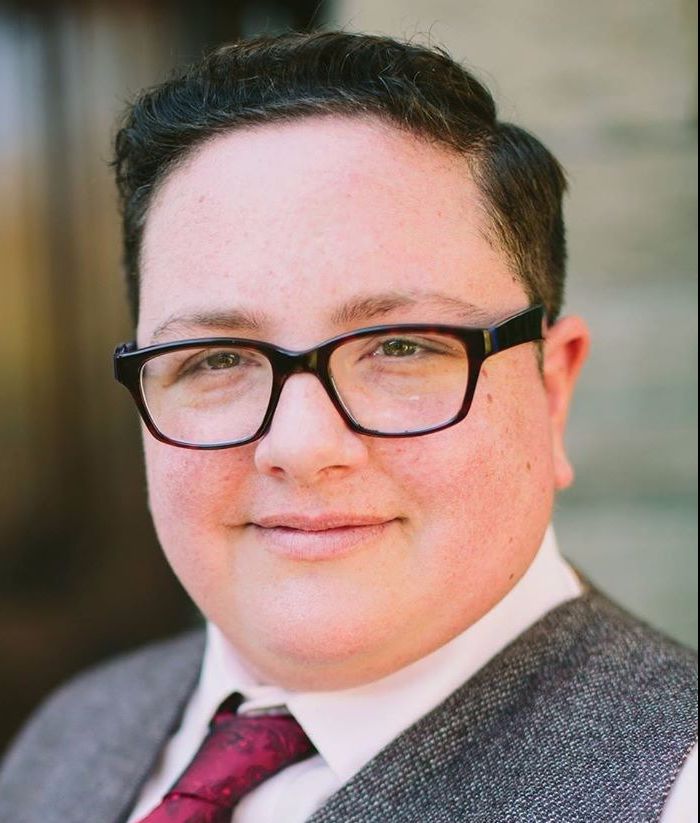 The idea that there are two and only two sexes is relatively new.

This week, in a memo leaked to the New York Times, the Trump administration stated its goal to institute a federal definition of sex as “unchangeable, and determined by the genitals that a person is born with.” Furthermore, “any dispute about one’s sex would have to be clarified using genetic testing.”

Trump would like us to believe that this strictly binary view of sex is natural, scientific, traditional, and universal throughout history.

Thousands of babies are born with ambiguous genitals every year. Still others have hormonal and chromosomal difference that lead to non-binary sexual development. Gender expression that is different from the sex one is assigned at birth exists in every human civilization, and in many parts of the animal world.

Jewish tradition is well aware of all of this natural variation.

As a transgender rabbi, I am frequently called upon to speak about the diversity in our sacred texts. There are at least six sexes in traditional Jewish sources: the “zakhar” (male) and the “nekevah” (female); the “androgynos” (a person with both male and female sexual characteristics) and the “tumtum” (an individual with ambiguous sex); the “saris” (a eunuch, either born or created); and the “aylonit” (born female, but later develops male traits).

The first time I encountered these figures, I was a 20-year-old queer gender misfit, studying in Orthodox Yeshiva, the last place I expected to find a gender role model.

In the secular world, I was used to being told I don’t exist. I am gender non-conforming, and I don’t pass as male or female. When I go to the DMV, check into the hospital, cross a border, drop my kid off at daycare, or need to pee, I usually need to try to fit into one of two and only two limited options for being a person — male or female — in order to have the basic rights of being a citizen. 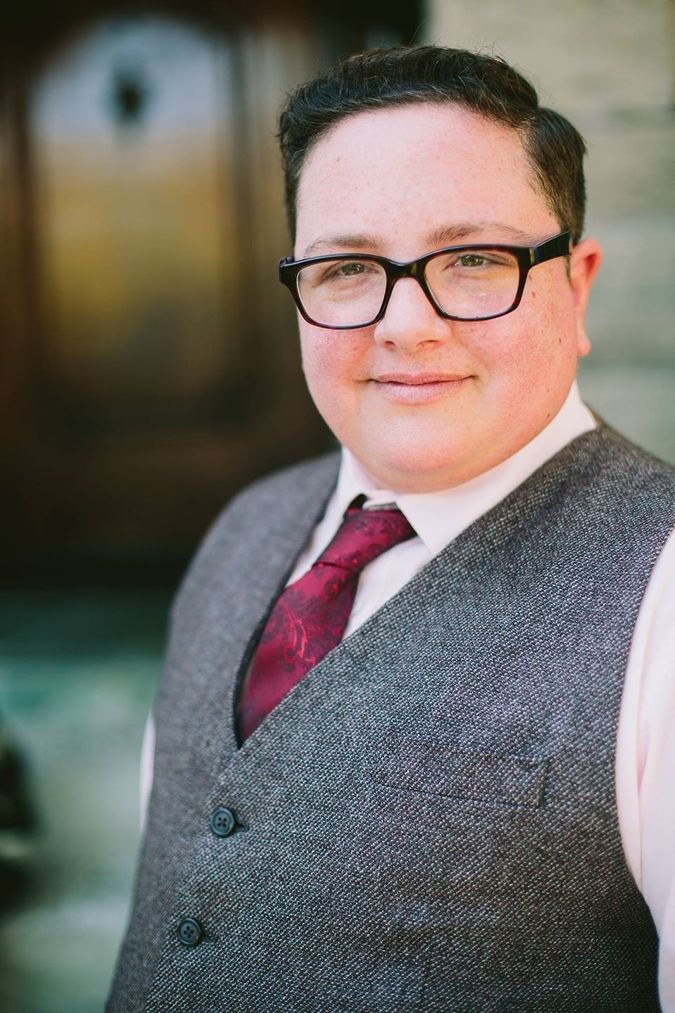 Image by The author

In the past few decades, due to the work of countless activists, it has become a little easier to live. But now for the first time, Trump’s proposal would turn into policy the denial of our existence.

Trump would like us to believe this is a return to a mythical universal traditional past, but in fact, it is a denial of Judaism and many other sacred traditions.

In the Babylonian Talmud, we learn the story of a tumtum who becomes a parent of seven children (Babylonian Talmud, Yevamot 83b). In the same tractate, the radical claim is made that the first ancestors of the Jewish people — Abraham and Sarah — were actually originally tumtumim. According to this text, they only later transitioned genders to become male and female. (BT Yevamot 64a) According to a midrash, the first human being, Adam, was originally an androgynos. (Midrash Rabbah 8:1).

Non-binary figures appear hundreds of times in the Mishna, Talmud, and classical Jewish law, the building blocks of Judaism. The Rabbis explore the ways that all genders fit into civil and communal life, including inheritance, earning a livelihood, ritual participation, as well as sex and marriage.

The Sages’ approach is very far from perfect. It dwells within a patriarchal worldview and they don’t argue for sex and gender liberation, as some of us might wish that they had. However, they also never question whether gender diversity really exists, or whether gender non-conforming people should be protected from harm or allowed loving relationships.

They don’t advocate surgeries on infants in order to better fit them into a gender category as we do with intersex infants today.

This memo tries to eliminate the vast variety that naturally exists in humanity that tradition recognizes.

A world without nuance is the terrifying world of totalitarianism and it is antithetical to Judaism. It is not surprising that days after this memo leaked, the Department of Justice told the Supreme Court that gender identity would not be protected against job discrimination.

Denying the full personhood of certain groups of people is almost always the first step in taking away our basic rights.

As Jews, we have always rejected overly-simplistic answers, and our history should tell us how dangerous it is when questioning fluidity and difference are made illegal.

Trump and his ilk would like to claim that gender diversity is new, but Jews have a rich and ancient tradition that proclaims our existence.

We know all too well, that after denying personhood what comes next is annihilation.

Elliot Kukla is a rabbi in San Francisco where he provides spiritual care to the ill, dying, and bereaved.

Rabbi Elliot Kukla provides spiritual care in San Francisco to people living with mental or physical illness and grief, as well as those coming to the end of life in hospice and nursing homes. He also co-directs a Jewish spiritual care hospice program. His articles on Judaism and gender diversity, illness and healing are published in numerous magazines and anthologized widely. Elliot was ordained by Hebrew Union College in Los Angeles in 2006 and trained in chaplaincy at UCSF Medical Center in 2007. He lives in Oakland with his partner and a mélange of animals.