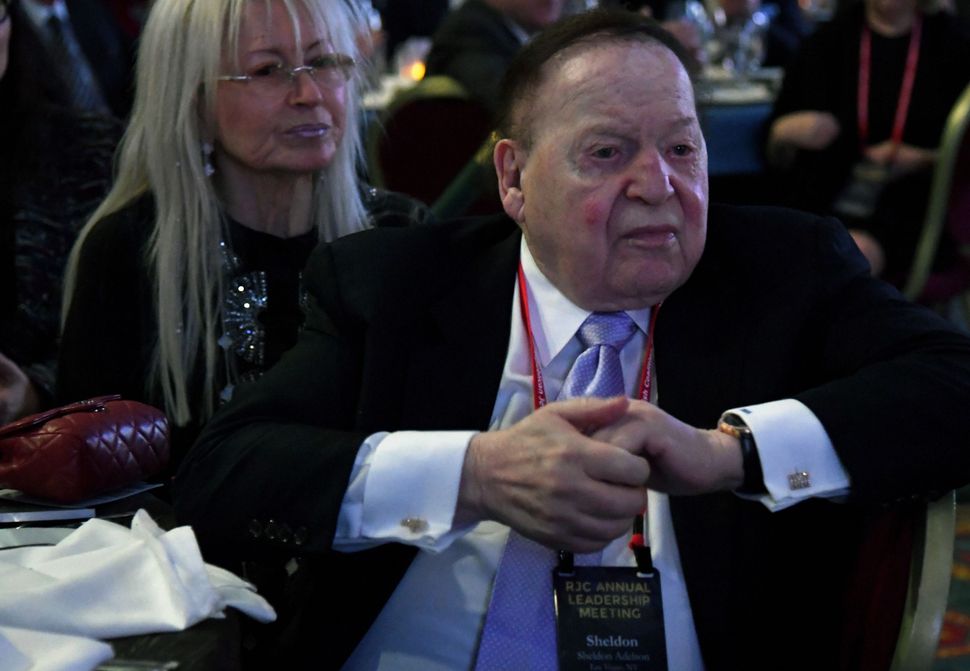 On Saturday morning, a white nationalist walked in to the Tree of Life Synagogue in Squirrel Hill, Pittsburgh, and killed 11 people as of the last count.

His declared reason for this carnage was a hatred of HIAS, a Jewish organization that advocates for refugees, founded in 1881.

The organization does have a chapter in Pittsburgh, but it’s unclear if there were any direct links between them and the Tree of Life synagogue where the massacre occurred.

It was an act of anti-Semitism and anti-immigrant nationalism that motivated the shooter, and one that, sadly, parts of the Jewish community have helped promote.

For Jewish leaders have stood by while other communities have been targeted, indifferent to other humans’ suffering and ignoring the reality that all forms of bigotry are connected.

It’s not only Jewish leaders who had made this mistake. Caitlyn Jenner, one of the most high-profile transgender women in the country and also a lifelong Republican, made this mistake, too. She supported Donald Trump’s presidential campaign. Only after three years of Trump’s demagoguery towards Blacks, Muslims, Immigrants, Mexicans, women, and the disabled, did Jenner finally revoke her support — only after the Administration inevitably targeted trans people.

Jenner’s rebuke was not an act of defiance, but a revelation of depraved cowardice. She had watched silently for years as the people around her and people who escape her line of vision were openly attacked by Trump, both as a candidate and as President, only to protest when she was in the line of fire.

Sadly, this particular type of self-centeredness is one that is endemic to certain elements of the Jewish community, too. Many have watched as the crimes which have been committed against us historically have been, during the Trump administration, repeated against others, while the majority of of Jews in America have been increasingly afforded the status and benefits of conditional whiteness.

Then there are the countless synagogue Rabbis and leaders who have embraced Trumpism.

My old neighborhood of Crown Heights, which is the epicenter of Chabad Judaism, voted overwhelmingly for Trump. He carried one precinct with 58% of the vote in a borough that went to Clinton by 79%.

It’s not like his intentions were ever secret. Trump started off his campaign by promoting the idea that immigrants are here to kill and rape people. He started an office for the purpose of reporting crimes by undocumented immigrants. When Mollie Tibbets was killed by an undocumented immigrant, he sounded the alarm that change was urgent.

A GOP congressman, Matt Gaetz, promoted the idea that Jewish Billionaire George Soros was funding the migrant caravan headed for the US, which Trump has portrayed as a national threat.

The connection between the violent and hateful environment promoted by this agenda and the violence committed in Pittsburgh is undeniable. The alleged shooter, identified in press reports as Robert Bowers, explicitly referred to the “Jews” funding the caravan coming from Honduras — no doubt a nod to a Trump rally where the idea was floated between the president and his audience.

If it hasn’t been clear before, it should be clear now: There is a reciprocal relationship between racism, anti-immigrant sentiment, white nationalism and anti-Semitism.

Trump has expressed racist sentiments explicitly and repeatedly. White nationalists have the implicit support of Trump and the explicit, out right support of many of his supporters. Anti-Semitism is a sentiment that Trump has touched upon in several of his tweets and in past statements.

But all bigotries are intimately connected. Supporting any one of those three bigotries gives de facto support to the other two, no matter how vociferously you disavow or condemn them.

When Trump’s high-profile supporters choose to ignore these escalations while seizing on the outbursts of Nation of Islam Chief Louis Farrakhan, who has far less power, they are giving de facto support to a genocidal agenda.

Now that Jewish blood has been spilled, will the leaders recognize the threat they’ve been ignoring for so long?

It is time for the high-profile leaders of the Jewish community to step up and show moral courage or be held accountable.

It is not enough that they only call out the specific language and verbiage of anti-Semitism when it suits them; they must recognize the relationship between rhetoric, power, oppression and status.