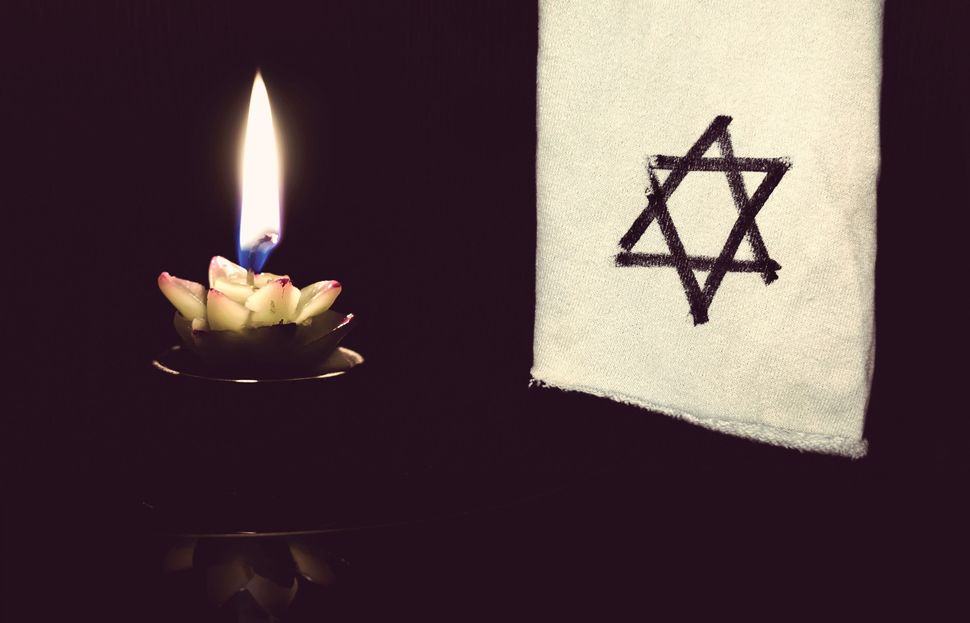 When one enters a house of mourning to pay a condolence call, Jewish tradition posits that one waits for the mourners to initiate the conversation. If the mourners wish to just sit silently, so too are we supposed to sit silently with them. If they have no words for you, that’s fine. This visit is not a “normal” visit and sometimes the loss is so great that there are no words to say.

As I write this, most of the families of the 11 victims of the Pittsburgh shooting are still sitting shiva. We have all spilled so many words trying to make sense – as if any sense could be made of the actions of a delusional murderous Jew hater – of what happened.

This may now be the time to sit quietly.

The Jewish community is slowly emerging from its shock, deep grief, and knowledge that there but for fortune – we davened at a different synagogue, we were a few minutes late, we never get to shul that early – go anyone of us.

Yet there still seems to be one message that has not been sufficiently articulated. It is not about what the anti-Semites might do to us. It is about what we might do to ourselves because of anti-Semitism.

Unlike the event in Pittsburgh which posed an existential danger to the well-being of the “minyan-ers” who had gathered there, this one poses a spiritual and communal danger.

We cannot let anti-Semitism become the building block and the foundation stone of our Jewish identity. Doing that, hands our enemies a victory.

Most Jews will immediately step forward as an act of solidarity when Jews anywhere are being attacked by anti-Semites. This is of course as it should be.

What is regrettable, however, is that for some Jews, the fight against anti-Semitism becomes the sum total of their Jewish identity.

Recently, a much-respected Jewish communal leader lamented to me that he regretted not having educated his children about Jewish traditions and culture. He was, however, very proud of the fact that he had embedded within them a total intolerance of anti-Semitism. His kids were prepared to be at the barricades to do battle against this hatred, and many others as well.

I did not say anything, but his comments made me sad.

Anti-Semitism has become the drummer to which his family’s Jewish identity marches. In other words, what is done to Jews becomes far more significant than what Jews do.

This well-intentioned Jewish father has deprived his children of a rich and multifaceted legacy. They have been taught to see themselves mainly as perennial victims. This cedes to the oppressor control over one’s destiny. It leaves many Jews, including this man’s children, aware of what to be against but not what to be for.

Anti-Semitism is a delusional form of hatred. It conjures a malign image of the Jew that does not in fact exist, and then it proceeds to find it everywhere. But we cannot allow this delusion to lead to another delusion — that because this hatred is, unfortunately, ever present, we must make fighting it the fulcrum upon which our identity pivots.

What is necessary for Jews to survive and flourish as a people is neither dark pessimism nor cockeyed optimism, but realism.

It would be ludicrous to dismiss as paranoid the concerns of those who react strongly to the escalating acts of antisemitism in recent times. In countries throughout the world, armed guards are now regularly stationed in front of synagogues, and Jewish communal organizations have had to institute tight security measures. In some parts of the world, Jews intentionally avoid carrying or wearing anything that identifies them as Jews.

But at the same time, it would be folly for Jews to make this the organizing principle of their lives.

Although I have devoted most of my professional life to the study of the persecution of the Jews, that has never been what has driven me personally as a Jew.

I value and celebrate my tradition and its teachings. Though I spend my life studying the many grievous wrongs that have been perpetrated against Jews throughout history, that is not the foundation of my Jewish identity.

Jewish culture, traditions and the accumulated wisdom of a millennia old tradition constitute the foundation of who I am.

The need to find a balance between the two — what is done to us and what we do — was starkly illustrated during a recent Jewish holiday, as I entered my synagogue along with two friends, a five-year-old girl and her mother.

The mom smiled at the security guard stationed at the door, turned to her daughter, and said, “Let’s say hi and thank you to the guard for keeping us safe.”

A look of puzzlement swept across my little friend’s face. From the many books we have read together, she knows about “safe” places and “dangerous” places, and in her mind a synagogue did not fall under the latter category. It’s a joyful place where she runs around with the other kids in the playground, attends a children’s service that is filled with singing, and then wends her way into the main sanctuary, where she and her playmates help conclude the services and receive lollipops from the rabbi. After the service at the Kiddush, she stuffs herself with cookies, olives, and chips. Nothing even remotely resembling protein passes her lips.

Why would she need someone to help keep her safe in a such a glorious place?

Yet we know that she does, indeed, need protection there. Last Saturday night, when she asked what happened, her mother was able to deflect her with the comment that someone “got a bad boo-boo” in a synagogue. But as she grows older, she will figure it out. She will look across the street at the large church there and notice that there are no guards there or at the church up the block or at any other church she passes.

My hope for my little friend is that as she grows up, her awareness of the dangers that may threaten her well-being at the synagogue will never overshadow the joys she finds there.

And my hope for all her fellow Jews is not dissimilar.

Should they choose to, they can participate in a vibrant Jewish future. We will all encounter anti-Semitism along the way but let us not make this “longest hatred” the linchpin of our identity.

Jewish tradition in all its manifestations — religious, secular, intellectual, communal, artistic, and so much more — is far too valuable to be tossed aside and replaced with a singular concentration on the fight against hatred.

This need for Jews to balance the “oy” with the “joy” is an exhortation that could well be shared with many other groups that have become the objects of discrimination and prejudice.

To my students, my friends, and my fellow Jews, I say, in the words of the Prophets, “Hazak v’amatz, be strong and of good courage.”

May we never stop fighting the good fight. But may we always rejoice and celebrate who we are.

Deborah E. Lipstadt is Dorot Professor Modern Jewish history and Holocaust Studies at Emory University. She is the author of the forthcoming “Antisemitism Here and Now” from which this essay is partially drawn.