Why Midterms Were The Hanukkah Election 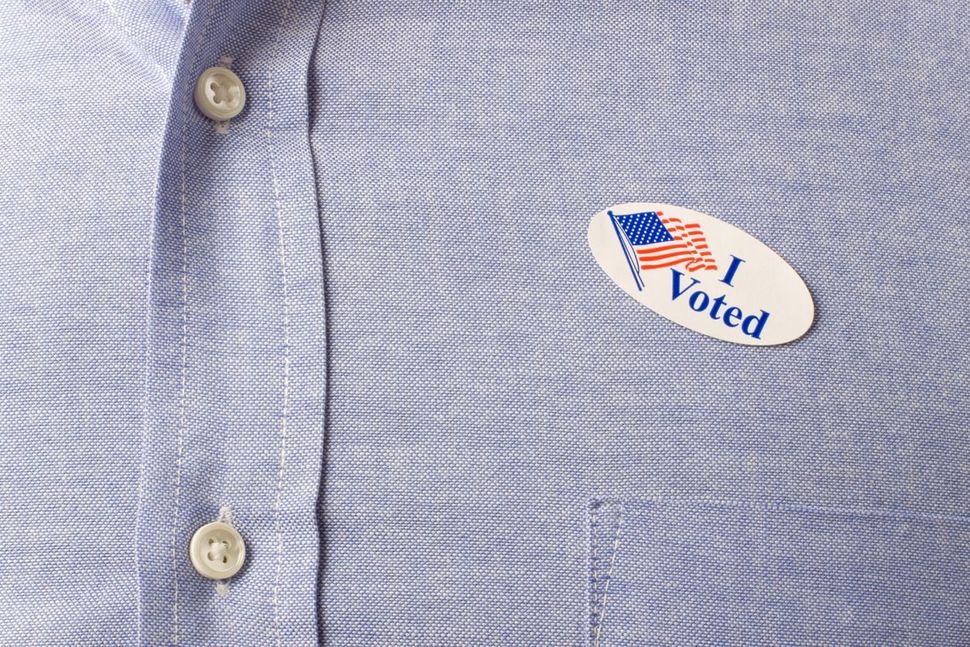 There is a jokey phrase circulating the headquarters of the Democratic Congressional Campaign committee, the Washington Post reports, that goes something like this: The midterms are turning out to be a Hanukkah election more than a Christmas election.

Now, that could refer to the significant number of Jews who won seats, many of them upsets, for the House of Representatives last Tuesday.

But it really is meant to capture the fact that this election is not a one-night wonder of gifts, but rather like a holiday in which the gifts last for day after day.

At least for Democrats. The party out of power needed to pick up 23 seats to take control of the House; the latest count has the lead at 30, and people way smarter than I about this stuff say it could grow to 35 or more. Democratic Senate upsets in Nevada and, now, Arizona narrow the Republicans margin of control in the upper house. Several gubernatorial races broke the Democrats’ way. And Florida still has (yet another) question mark hanging over the state.

“This was, in fact, a very good election for Democrats,” Chris Cillizza wrote on CNN.com two days ago, and the news only got better since.

But this rosy partisan picture was not part of the conventional wisdom as the numbers started coming in on Tuesday night, and I was one of many armchair pundits who thought the vaunted “blue wave” was more of a ripple. That night, in fact, as the results seesawed back and forth, I started several different columns, only to finish one in the wee hours of Wednesday that captured, as best I could, worry that the mixed results would portend even more divisive discord in the country.

And well they might. But the truth is that the extreme pressure to respond to elections in a nanosecond inevitably leads to incomplete conclusions and therefore faulty analysis. Writing with the benefit of more information, some hindsight (and some sleep) I would point to the significant gains that Jews made in this election.

My colleague Aiden Pink, our crack politics reporter, says that the number of Jewish representatives has increased from 23 to 28; senators from 8 to 9; governors from zero to two. Not the high point of Jewish members of Congress — that happened in 2008, helped by Barack Obama’s coattails. But still, 2018 shows that Jews, who comprise 2% of the population and will be 7% of the new Congress, still have outsized political clout in Washington.

What did you eat on election night? Aiden wasn’t the only one working late last Tuesday. I’ve always enjoyed a newsroom on election night for its peculiar rhythm — waiting for results, watching a picture unfold across the nation, wondering what the real outcome will be, while struggling to make sense of it all in real time.

And then there’s the food. Traditionally, it’s a night for bad pizza, but that appears to be changing with the time. The Poynter Institute actually collected details from newsrooms around the country, and the menus ranged from healthy snacks to chili to tacos to a Lebanese buffet at AFP headquarters.

At the Forward, we kept to our brand, munching on falafel, hummus, cauliflower, Israeli salad, pita and pickles from a restaurant down the street. I know that I consumed more French fries that night than I have the entire year!

What else I’ve been reading. My former colleague Gal Beckerman, once a Forward reporter and then opinion editor, is now an editor at the New York Times book review, and on Sunday published a long, thoughtful essay on the state of American Jewry through the reference point of five recent books.

Two of them I’ve read and reviewed: Tal Keinan’s “God Is In the Crowd” for the Forward, and Steven Weisman’s excellent “The Chosen Wars” for the Washington Post. I’ve skimmed through Jack Wertheimer’s “The New American Judaism”, which is at the top of the pile on my desk.

I know that we have pieces in the works on the two other books Gal wrote about, by Robert Mnookin and the estimable Amoz Oz.

All are worthy of consideration and inclusion. That said, all are by men.

I don’t fault Gal for this, because I can’t immediately think of a book published this season by a Jewish woman that was overlooked. Pamela Nadell’s history of American Jewish women isn’t due until next year, as is Deborah Lipstadt’s new book on anti-Semitism (from which she drew for this essay in the Forward)

But this points to a larger, more uncomfortable truth: Even in the supposedly progressive world of book publishing, it still seems that men are the ones who get to tell our story.

When will that change?

Looking forward. Thanks to all of you who answered our call for stories about voting, and especially about celebrations for the First Vote. The response is inspiring! We’ll publish the entire project online in the next few days.

Bostonians! Come join me on Wednesday evening at the JCC in Newton, where I’ll be discussing the midterms, anti-Semitism and other hot topics with Jonathan Weisman, author of “(((Semitism))): Being Jewish in American in the Age of Trump.” Click here for details.

The next day, November 15, my colleague Batya Ungar-Sargon will be in conversation with Bari Weiss and Yair Rosenberg at the Streicker Center in Manhattan. Join them!

This column is part of the weekly Jane Looking Forward series. If you would like to receive it in your inbox, here’s the link to sign-up. And, remember to email me at JaneEisnerEIC@forward.com. with your questions and concerns. Thank you!

Why Midterms Were The Hanukkah Election