By Besieging The Palestinians, Israel Has Besieged Itself 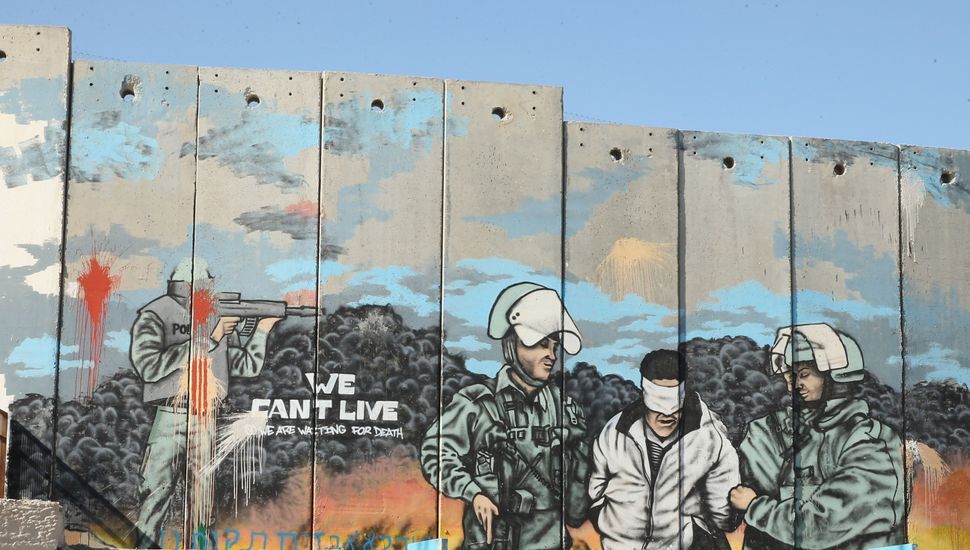 Another round of violence has engulfed Gaza. After a botched intelligence operation in which one Israeli officer was killed as well as seven Palestinian members of Hamas, Hamas responded to Israel’s incursion by firing rockets into Israel.

Israel immediately instrumentalized a story of defense. The Israeli army reported that the operation which sparked this round of attacks was “not intended to kill or abduct terrorists, but to strengthen Israeli security.” And a bus that Hamas targeted was not full of soldiers but of “civilians.” Some Israeli agencies even tweeted a photo from 2015 which, conveniently, had some civilians standing nearby.

More deception here as Israel tries to sell lie that this was a “civilian bus” even though video shows it was part of soldier convoy, by using image of a bus fire from near Jerusalem several years ago. https://t.co/6Jb5vn2Biz

For us Palestinians, this portrayal by Israel is all too familiar. Whether it is Hamas or Palestinian children, the threat is always imminent and it’s always the fault of Palestinians.

But it’s not just Palestinians who are the victims of this messaging. What’s interesting about this siege mentality is that through the messaging necessary to maintain the literal besiegement of Palestinians, Israel has barricaded itself, and convinced its population that they are under a constant, relentless, existential threat.

It’s true that rockets are being fired by Hamas towards Ashkelon. And yet, the Israeli narrative immediately divorced this reality from both Israel’s own botched military operation earlier this week, and the larger historical context of the onslaughts on Gaza.

This is by design.

It takes a lot of work for Israel to constantly portray itself as the victim. The IDF has a $17 billion budget, after all. Military prowess is one of Israel’s major exports, hitting a record $9 billion last year.

Yet this erasure of Israel’s military strength relative to the Palestinians is part and parcel of a larger systematic denial — of the fact that Palestinians are living under siege.

The city of Gaza has been under a decade long besiegement that has turned it to an open air prison. The West Bank is increasingly asphyxiated through the acceleration of illegal Israeli settlements. And even Palestinians with Israeli citizenship are criminalized by their Palestinian identity and treated as second and third class citizens.

As a Palestinian, I am all too familiar with the suffocating reality of living in Palestine. One of the most striking and painful aspects of maneuvering the daily routines whilst under occupation is this feeling of being blocked and isolated. I cannot travel half an hour in any direction without being met with an Israeli checkpoint and armed soldiers demanding identification, sometimes strip-searching Palestinians and in certain instances even lethally attacking us under the pretext of security defense. It is also difficult to travel outside Palestine; Israel controls exit points and the issue of documentation and visas.

This doesn’t stop the Israeli Ministry of Foreign Affairs from calling it a “security fence.” In fact, the violence of the wall depends upon this fiction.

For the wall doesn’t just lock Palestinians in. It locks Israeli citizens out of the truth of what their government is doing. It shields Israelis not just from Palestinians, but from the visuals of what the occupation looks like — even from the its very existence.

It’s a wall, but it’s also a mask. The Israeli side of the apartheid wall is neatly tucked behind trees and colorful murals, serving as a cloak for Israel, a mental siege that ensures that Israelis as a population are not confronted with the product of their oppression.

In other words, this curtain is strategically arranged to not only impede Palestinians, but to conceal from the Israeli populace what is happening to us Palestinians.

This is intentional and strategic, like the big red signs set up by the Israeli government which warn Israeli citizens against entering Palestinian areas, which pose a “danger to [their] lives.”

My friends and I, while driving through the West Bank, often laugh half-heartedly as we recognize how tragic these signs are. Not only do they dehumanize us and reduce us to monsters, but they contain no reference to the occupation.

But they are there for a reason: They reinforce Israel’s narrative that its (Jewish) citizens are besieged by monsters, and they hide the fact of the occupation from anyone who might question it.

These are one and the same thing. For the violence perpetrated against us depends upon a narrative that denies it.

It’s in this way that our literal besiegement pushes Israeli society into its own metaphoric blockade.

What the Israeli government is doing is filtering access to reality, in a similar fashion to the authoritarian regimes of our time, re-shaping its own actions to fit an image of defense, safeguarding, national stability and security.

And like those other regimes, Israel does not only enact violence and violations on the Palestinians whom it oppresses. It also creates an entire society that besieges itself in a state of denial, fortified by a kaleidoscope of excuses that range from dehumanizing the other to drawing on historical traumas to isolating themselves and removing any prospects of self-reflection.

It becomes so routinized and the horrors so well concealed that new generations begin to simply act, without questions or memories of the bloody past, except through the lens of victorious battles and honorable soldiers.

What new generations of Israelis are left with are the Israeli flags that surround their homes — while Palestinian flags are often banned and criminalized — and an inherited imperative to “protect.”

There is no context to what they’re protecting from, only the anxiety from the monsters behind the wall. And when Palestinians rise up or protest, for Israelis, it’s a personal attack on them, not the occupation they sustain.

For the West Bank and Gaza, the siege is acutely visible and tangible. It’s meant to remind us that we are under Israeli control.

It is this concealment and forgetfulness that is the point of departure for Israeli policy, from the apartheid wall to the latest Nation State bill.

And the simple fact is that it’s not just hurting us. This isolation transcends Palestinians. You can see it clearly when Israel bans the entry of solidarity activists, even when they’re Jewish. Or when Israeli policy is exported abroad to silence activists from speaking out against the human rights violations enacted by Israel. You see it in the targeting of activists by sites such as Canary Mission that finds activists promoting “hatred.” These methods are exporting the siege mentality.

This, too, is not shocking. Authoritarianism is on the rise; what Israel is exporting is in high demand.

Israelis must be brave enough to challenge themselves and truly think about what it is they are preserving and fighting for. Many Israelis have gone beyond these justifications, taking on the responsibility of choosing not to remain in denial. Others can also join this process of un-learning and truly confront the reality they’ve constructed. Even if the last Palestinian is gone, Israel will still have lost.

By Besieging The Palestinians, Israel Has Besieged Itself