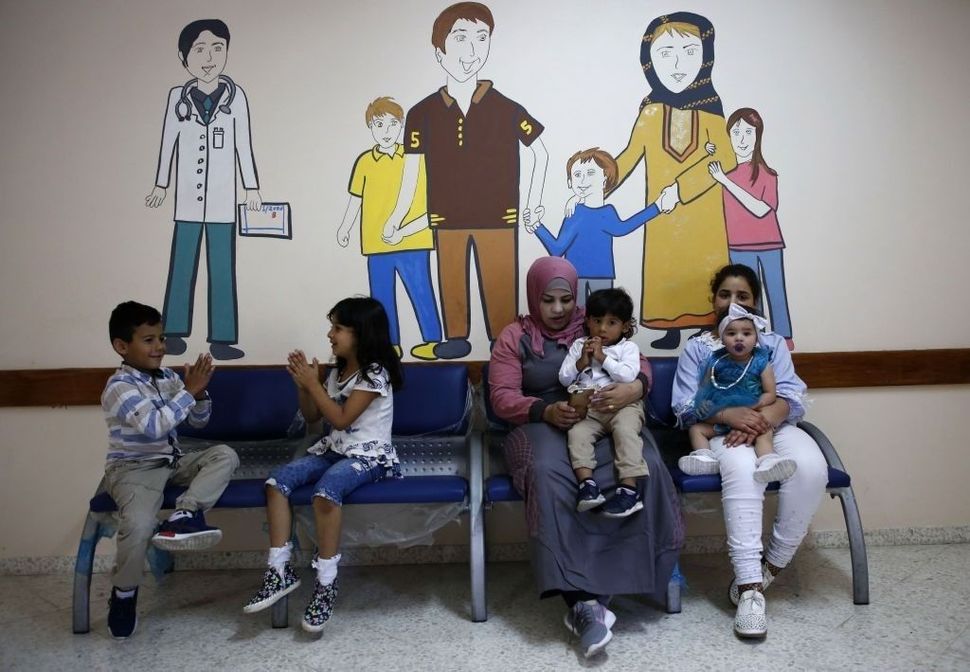 As soon as the State Department released its official statement announcing its plan to cut off aid to the Palestinians and limit the definition of “refugee” to first generation Palestinians last week, journalists and political analysts starting contacting me.

They all asked me the same questions: What does this mean for Palestinians? What do you expect the repercussions will be? Naturally, they always follow the question with their own presumptions: Do you foresee that Palestinians will protest? Will they be violent?

As I mulled on my answer to these questions, I began to notice an anger rising within me. It was my frustration at condensing the Trump Administration’s policies towards the Palestinian-Israeli context down to what the Palestinian reaction would be, and what the humanitarian consequences would be on Palestinians.

These are valid questions, seeing how Palestinians will bear the direct weight of the cuts. But they are ultimately a distraction from something much more important.

The truth is, Trump’s approach towards us Palestinians is not just about us. As devastating as his dismissal of our suffering is, it’s a harbinger of what’s to come for many, many more.

One of the reasons the US State Department gave for cutting funding was the way the United Nations Relief and Works Agency for Palestine Refugees — the aid organization that Trump is now defunding — defines and gives refugee status.

Specifically, UNRWA allows refugee status to be passed on from one generation to the next.

The Trump Administration has chosen instead is to shrink the number of Palestinian refugees from over five million to the several hundred thousand originally displaced in 1948.

What the U.S. administration fails to recognize is that as long as the new generations cannot return home, they are indeed refugees. The status of refugee does not simply cease to exist after a generation; it’s a socio-economic and political context that is passed on from one generation to the next.

The budget cuts will be detrimental to the lives of millions of Palestinians who rely on them for education, health, and food security. This is especially in the context of Palestinian refugees in volatile locations such as Gaza, or for Palestinians that experienced a second Nakba — the Catastrophe, what Palestinians call their displacement in 1948 — in Syria after the brutal massacres by the Assad regime and then ISIS in places like Yarmouk Refugee Camp near Damascus.

But it’s not just the economic crisis that will ensue from this that demands that second and third generation Palestinians be recognized as refugees.

Because of the Nakba, there is a part of Palestinian identity that is inherently linked with being a refugee. Those who fled the Nakba are banned from their cities of origin, their identities transformed and their past covered up under the signifiers of a new culture and language that is foreign, and hides what little remains of the past.

The Palestinian refugee story is the backbone of the Palestinian struggle. It is referenced in the poems we write and in the nostalgia that comes with exile, and it is the symbol of return to a life of dignity and belonging.

It is also one of the major drives behind our constant state of confrontation. Not only are Palestinians who fled and were expelled from Israel in 1948 not allowed to return, along with their children and grandchildren, but Israel continues to displace Palestinians, like the Bedouins of the Negev and Khan al-Ahmar.

The residents of Gaza are mostly refugees who rely on UNRWA. This past spring, these same refugees had hopes of revitalizing the call for the right of return as enshrined in UN resolution 194. To this end, they organized the massive and non-violent Great Return March in concurrence with the 70th commemoration of Nakba. The vast majority of those who participated in these protests did so non-violently and still they were met with brutal violence from the Israeli army, with more than 140 Palestinians killed and thousands injured.

Just months after the Great Return March, the Trump Administration decided to cut the budget of the very agency that was created to protect Palestinian refugees.

Of course, the Trump Administration has no intention of solving the problem. The cuts to UNRWA follow the same strategy Israel utilizes in Gaza, killing Palestinian refugees by slowly asphyxiating them into despair and hopelessness through a punishing military blockade.

This is so any future agreements or “deal of the century” as Trump once promised will come off as a godsend, simply because the alternative means a situation so dire you cannot promise your children that they will survive from one day to the next.

There are many criticisms posed against UNRWA that are valid, such as its perpetuation of Palestinian dependency on aid while neglecting to address the Palestinian plight against the occupation. But the Trump Administration is only instrumentalizing criticism as a tool to justify their crippling of the Palestinian cause.

Trump’s move seeks to strip Palestinians of their demand to return and be free of the fatal grip of occupation and oppression. The Palestinian struggle for justice is being dangerously reduced to a demand for mere survival.

The Trump Administration is essentially utilizing a system of coercion to place pressure on Palestinians to concede this very fundamental right of return.

What is truly frightening is the fact that this is not just about Palestinians.

The Trump Administration’s bureaucratic attack on Palestine is one Israel has employed for decades. But what warrants a global panic is that the consequences and repercussions will unfortunately transcend Palestine.

This is not an attack at UNRWA as an agency. It’s yet another move aimed to disempower anyone that dares to confront the systematic injustices around them, even when it’s as basic as safeguarding the rights and identity of refugees.

It is the Trump Administration attacking an entire population, stripping them of their narrative, of all the decades of heartache and exile, and saying that they don’t deserve justice.

Trump’s treatment of the Palestinians is embedded in an entitlement and supremacy that is visible in the same administration’s approach to racism and immigrants in the US.

But in the larger context, it is a stomping on the lives of all marginalized communities, or communities struggling against the powers that suppress and violate them.

Underneath all of the political jargon, what is being said is that the colonized, the disenfranchised, the oppressed do not matter. What matters is maintaining a status quo that serves a certain class, economy, race, and population.

While Palestinians have used the language of diplomacy and international law in an attempt to pursue their dreams of living in dignity and autonomy, we must finally recognize that the entire system and approach towards oppressed peoples is tragically flawed.

But the Trump Administration’s policy towards Palestinians transcends our tragedy. It lays an infrastructure for policy to be based on supremacy and a lack of justice long into the future.

The pain of exile, of always not belonging, of not being able to return to your grandparents and parents’ homes because of war, occupation, racism or famine, can never be articulated justly in words or even film.

It is a story with millions of faces.

Today we are dealing with the story through the faces of Palestinian refugees. Millions of half joys and half sorrows, millions of hearts resentful of oceans and borders, passed on until we can return, until it is our choice to not live in Palestine, not one that is decided for us.

While Palestinians are refugees are being attacked today, tomorrow it could be anyone else in the world.

That’s why it’s important to recognize this today, for the sake of everyone else in the future that may bear the brunt of violence and injustice in the places they should feel safe.