Editor’s Note: This piece is part of a number of articles on this topic. For another point of view on Friday’s march, see here.

As Jews and non-Jews prepare for the 70th anniversary of Israel’s creation, both Hamas and Fatah are preparing for the commemoration of the Nakba. Now on the eve of Passover and Easter, Palestinians and Israeli Arabs throughout Israel, will mark ‘Land Day,’ commemorating an Israeli decision in 1976 to expropriate land in the Galilee, an act that sparked riots that resulted in the death of six Israeli Arab citizens.

In tandem, Palestinians in Gaza have been planning the “Mass March of Return” or the “Great Return March,” which is set to start on Friday morning at six locations along the border security fence. The hope is for tens of thousands of participants to surge towards and even lift up the border fences. The stated goal is to demonstrate the Palestinian right of return to Israel, which is seen in Palestinian society as a divine right that no Palestinian leader may give up or negotiate.

Opinion | The Real Reason That Palestinians In Gaza Are Marching

While Gaza news agency Al Aqsa Voice described the upcoming protests as “a peaceful sit-in” it will be anything but. The preparations for the marches have been long planned. In a March 26th meeting of the Hamas-controlled Palestinian Legislative Council (PLC), Khaled al-Batash, a senior member of the Palestinian Islamic Jihad (PIJ), said that all the forces, including Hamas, the PIJ, and the Popular Front for the Liberation of Palestine, would participate in the “great return march.” He emphasized that they were coordinating the march with the West Bank, but had allowed every Palestinian region the freedom to choose how they would express their adherence to the “right of return.” In addition, he mentioned that he was in contact with Palestinians in Lebanon and Syria to hold their own marches and express their opposition to Trump’s plan to move the US Embassy to Jerusalem and to “an alternative homeland.”

The official line has been that the march will be nonviolent. And yet, it is common Palestinian practice to use Jewish holidays and national Israeli holidays like Independence Day as catalysts for violence, and this will be no different. For this reason, Israel has been preparing for a violent eruption on its borders, sending 100 snipers to the Gaza Strip.

The overarching concept of this campaign is the collective Palestinian memory of the Nakba, the Arabic term for catastrophe, one of the core narratives that fuel the Israeli-Palestinian conflict. Ironically, the Arabic phrase refers to natural disasters, not self manufactured ones like the Palestinian decision to fight Israel’s formation in 1948.

Opinion | The Real Reason That Palestinians In Gaza Are Marching

But the Nakba represents much more than just the physical creation of the modern state of Israel, which Palestinians decree as the cataclysmic disaster. Commemorating the Nakba as such is also a clear illustration of the Palestinian refusal to accept the fact that a sovereign Jewish state was allowed to come into being at all.

Indeed, Palestinian political identity has three core convictions: the ‘right of return,’ the permanent, sanctified struggle with Israel, and the permanent recognition of their status as refugees, dispossessed at the hand of Israel with the connivance of the international community.

While the ‘right of return’ is sometimes explained as symbolic rather than practical, a key element of the Palestinian ‘narrative’ is the blameless circumstances of their diaspora. And it’s demanded of Israelis that they accept both the narrative in which they are the villains and the possibility of the mass return of Palestinians that would, by design, end Israel as a Jewish state.

The stated goal of the march is pure fantasy; Israel will never allow eight million Palestinians to immigrate.

The true goal is quite different. By threatening Israel’s border with hundreds of thousands of Palestinians, Hamas and other factions are hoping the IDF responses will be violent, thereby highlighting Israel’s “brutality” which can then be showcased throughout the world and ultimately lead to a full-blown intifada.

At the end of the day, bloodshed will occur with the blessing of all factions of Palestinian leadership with the goal of highlighting the Nakba narrative while blaming the Israeli and US governments. Tragically, Palestinian rejectionism still proves to be more lucrative than Palestinian statehood. 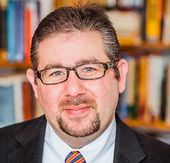