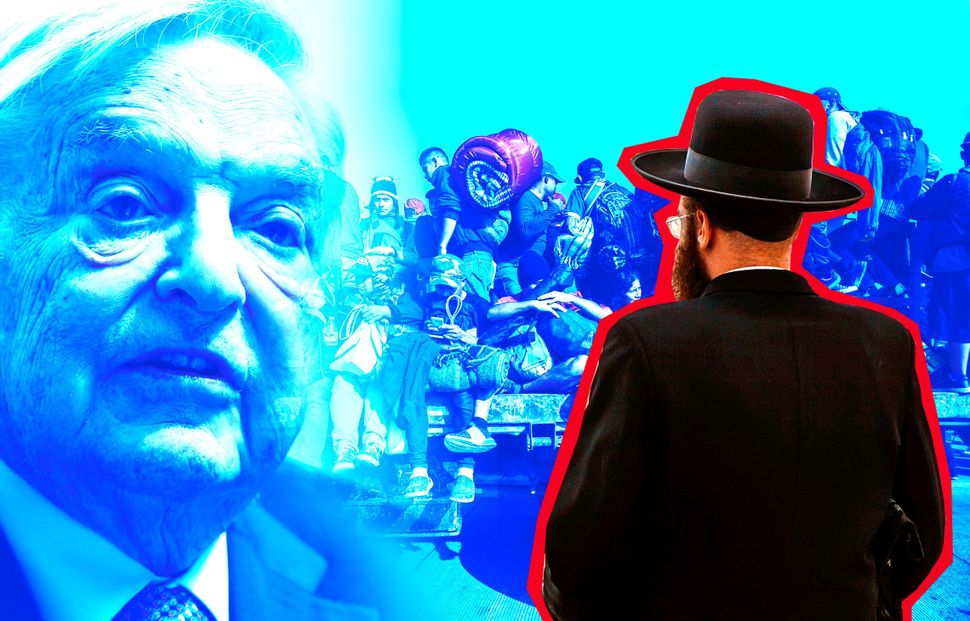 In the aftermath of the Pittsburgh massacre, Jews all over the world sought to make sense of the horror that was the single greatest act of violence targeting Jews in the history of the United States of America.

For some people, that meant expressions of solidarity. For some it meant turning to religion, engaging in various religious practices  in memory of those who were viciously murdered.

But for others, a form of mourning took them down a different path. For them, the aftermath was the time to apportion blame and determine who was at fault for the actions of the gunman who took those 11 innocent lives.

I don’t believe in dictating to others how they ought to mourn, so despite my disagreement with those who took this opportunity to protest against and blame President Trump directly for the massacre, I will hold my peace. Suffice to say that, for all the issues I have with Trump’s rhetoric, it’s an unreasonable stretch to draw any sort of direct line between the President and the murders.

However, there is a version of this blame-finding exercise which broadens the scope of culpability to finger not only Trump but the entire political right wing. And not just to fault the abstract right, this is a time to fault right wing Jews — and specifically Orthodox Jews.

That is not okay.

Let us call this what it is — and it isn’t mourning. This is equal parts victim-blaming and cynical political exploitation of the tragedy. By unfairly tarring Orthodox Jews with the broad brush of hate some would try to demean their stances and bludgeon political adversaries into disavowing the political alliances.

It’s bad enough when people want to question the moral judgment of others just because they disagree with them about politics. But to start accusing the very victims of anti-Semitism of using “white nationalist rhetoric” is not only untrue and offensive — it shows a disinterest in understanding those Jews who do support Trump while minimizing the anti-Semitism they want to pin on the Orthodox.

To be brutally honest, this isn’t just limited to the aftermath of Pittsburgh. Since Trump was just a candidate running for office, leftwing pundits have been calling his supporters racists. This continues until today, with some even saying that if you voted for Trump for no other reason than because you didn’t like Hillary Clinton, that “actually makes you racist.”

And they have an especially critical eye for Jews who support him (read: Orthodox Jews). Nothing is as emblematic of this as a recent piece in The New York Times “Are Jared and Ivanka Good for the Jews” which quoted a number of liberal Jews critical of the Modern Orthodox couple, but barely mentioned in passing Haredi Jews’s approval of Trump — let alone trying to find the reason for their overwhelming support.

There are legitimate reasons why many Orthodox Jews support this President — and they have nothing to do with racism. The recurring need to impute racist qualities to others reflects badly on those who make such imputations.

It also doesn’t benefit anyone to try and turn anti-Semitism into a partisan issue. The simple truth is that, thankfully, anti-Semitism is from the few things left which unites mainstream citizens on both left and right; everyone can (and does) agree that it is terrible. Everyone knows and recognizes that Jew-hating is a bad thing, and expressions of anti-Semitism are still entirely culturally inappropriate. This is not a politically divisive issue. But if those on the left manage to turn anti-Semitism into a partisan issue, they would, in essence, be arguing for the mass existence of anti-Semitism. What they would be saying is that anyone who disagrees with them — and that just so happens to be half the country — also hates Jews.

That normalizes anti-Semitism in a dangerous way.

But nothing is quite as emblematic of the state of our politics today as when people make serious accusations without putting the slightest bit of effort into understanding how people might have opinions which differ from their own.

Whether you agree or disagree with them — even if you don’t talk to them — it’s simple to imagine Orthodox Jews with legitimate reasons for supporting President Trump. In many cases it really is quite straightforward. For Orthodox Jews — as with many people with traditional religious values — they see religious liberty as the single most important issue in their lives.

This, alongside the security of the people living in Israel, are the two most important issues for most Orthodox Jews. And while these used to be issues on which there was a broad political consensus — affording those same Jews the ability to be more choosy about the candidates they support — many believe they don’t have that sort of luxury any longer.

So Trump, with his appointments of judges who respect traditional religious liberty, and with his belief that there should be no “daylight” between the U.S. and Israel, is a natural ally for Orthodox Jews — especially benefiting from adversaries who are overtly hostile to the same.

In that frame, the demands to denounce Trump for Pittsburgh are especially ludicrous. Denounce Trump? What for? For a massacre that was committed by a man who had criticized him for being (wait for it) insufficiently anti-Semitic?

Who would benefit from an Orthodox denunciation of Trump? All that would accomplish would be to drive a wedge between them and a president who is so overtly friendly to what they value most — and an administration which values the relationship as much as they do. And because they won’t do that, because they recognize the President — in his crass and unconventional way — is not only not an anti-Semite, but a friend of the Jewish people, they get smeared and dismissed as “white nationalists.”

It’s gotten so that there’s one of two explanations for this. Either they think anyone who disagrees with progressive politics is inherently anti-Semitic, or they are prepared to sacrifice the real issue of anti-Semitism for the advancement of the progressive agenda. Either of these two would explain how they would so willfully misunderstand what other Jews believe as they argue against them.

And honestly, it’s hard to see the difference.

Eli Steinberg lives in Lakewood, New Jersey with his wife and four children. They are not responsible for his opinions, which he has been putting into words over the last half-decade, and which have been published across Jewish and general media. You can tweet the hottest of your takes at him @DraftRyan2016.