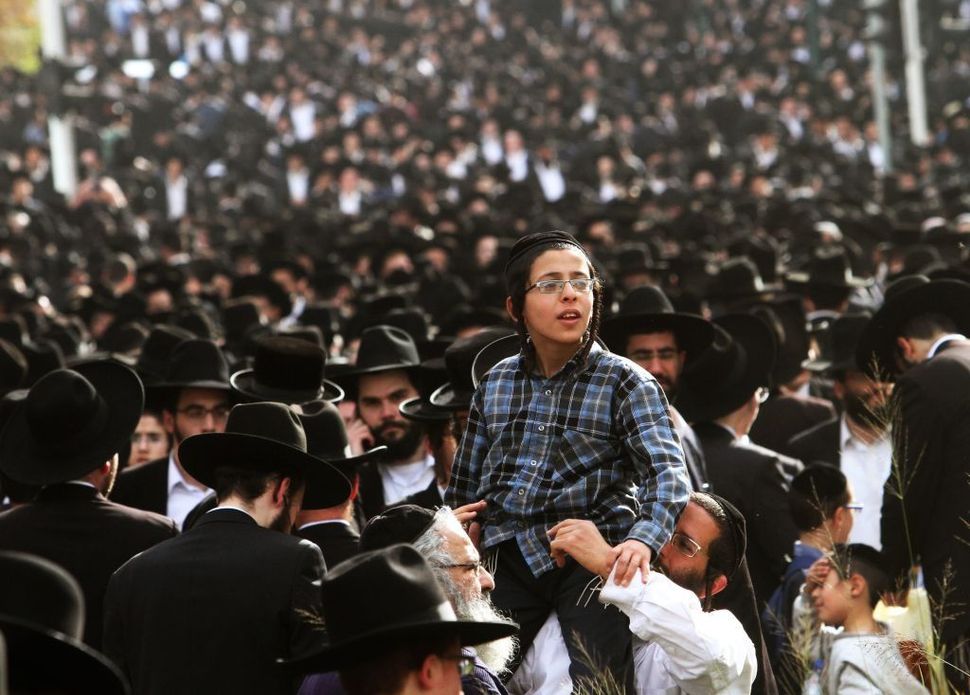 I’ve recently come to a shocking realization about American society. Over the past few years, it has become increasingly clear that it’s okay to hate Jews. I’m not talking about the abhorrent anti-Semitism of the “alt-right,” where wannabe politicians stoke the flames of bigotry just so that they can get the fleeting feeling of relevance. Thankfully, that sort of thing gets soundly condemned by people of goodwill from across the political and societal spectrums.

But it is apparently socially acceptable to be an open and unabashed anti-Semite — so long as the vitriol is directed at the right kind of Jew.

It certainly isn’t okay to smear and defame “regular” Jews. But if the targets of one’s ire are Orthodox Jews — especially Haredim — the very worst slurs and anti-Semitic tropes are suddenly considered reasonable dialogue and discourse.

In many cases, the same people who rush to condemn the likes of President Trump for the hatred inherent in the “alt-right” perpetuate the same hateful rhetoric they otherwise condemn.

Most distressingly, the perpetrators are often other Jews.

In New Jersey, where I live, this happens time and time again. Do you want to open an Orthodox school of higher education? Residents feel comfortable appealing to their township government, which will join them in fighting to keep you out. It’s a fight that local government will embrace, never mind that they are allying themselves with people who call Jews “dirty,” or “cult” members who are “religious zealots” and “long coat gangsters.”

Under any other circumstance, that’s the sort of blatantly anti-Semitic rhetoric we can expect will be condemned by any decent person. But when the targets are visibly Orthodox Jews, it becomes okay to blame the victim.

Take, for example, a legal battle in Ocean, New Jersey, over the denial of zoning permits for an Orthodox school. The township of Mahwah recently settled a lawsuit over ordinances prohibiting the building of an eruv in their town, but not before a resident addressed the town’s council, deploying a historical smear to insist that the Orthodox had “completely sucked the blood” out of other area towns, and saying they needed to be “removed” from their midst.

You can take a look here and see for yourself: 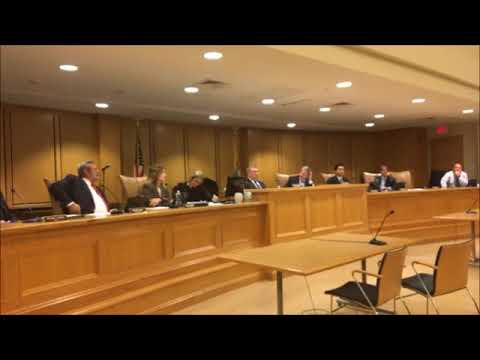 The council listened to what she had to say in silence, reserving their expressions of indignance for when they were called out.

This is par for the course when Orthodox Jews move into towns that don’t already have a sizable Orthodox population. Of course, there are mountains of excuses for why these people feel they are justified in wanting to keep out the Jews. They blame the effect a large private school population has on the school district’s budget, as well as the accelerated growth that inevitably occurs when Orthodox Jews, who tend to have larger families, settle down somewhere.

These are things that cause real changes to the towns they know and love. And yet, they are deployed as excuses for hate.

You know how I know they are excuses? Because in any other context, you aren’t allowed to call someone a racial slur because you believe the person overtaxes the infrastructure or doesn’t seek the proper permits. In any other context, even if a population were to “gut” the school system, that wouldn’t license racially charged language. None of these things justifies calling a group of people an “infection.”

You know what does cause that, though? Anti-Semitism.

A discussion of anti-Orthodox anti-Semitism would not be complete without addressing the thriving yeshiva community of Lakewood. Lakewood serves as the stated justification for much of this percolating hatred. When Jews move into neighboring towns, they are routinely accused of “blockbusting” — because they pay above market rate for their homes. The mayor of a neighboring town has even called the incoming Jews an “invasion” while using a variation of “some of my best friends are Jews” to deny any animus.

Of course, they all deny that it has anything to do with the fact that their new neighbors are Jews; instead, they say, they just don’t want their town to turn into another Lakewood.

There are challenges in Lakewood for sure, not least of which is a town infrastructure that struggles to keep up with fast-paced development, and a school budget that sees perpetual deficits. But when people express their thoughts about these challenges in their own words, a different sort of tune is easily recognizable.

Take just last week, when the Asbury Park Press hosted a Facebook live discussion with Lakewood School District officials, on the heels of expert reports blaming the rigidness of the school funding formula for the district’s financial woes. The next day, the APP ran a standalone containing nothing but the online and Facebook comments from the Facebook live. You know why they could do that? Because the comments were full of disgusting things. It’s a sign of how much this sort of rhetoric has become normalized and accepted that the APP felt comfortable running it without editorial comment:

“This is a joke,” another said. “Everyone knows where the money goes. Nothing will change.”

A similar comment-driven story ran after the Planning Board of neighboring Jackson Township granted legally required approval for the town’s first synagogue. The comments were equally horrifying:

“Another building for a group of people that will not contribute to their community in any way.”

“Just a matter of time before families will be pushed out because the Orthodox have taken over another town.”

“There goes the community, full of isolated tax cheaters that are relentless to force people out of their houses.”

“It’s over people… over, we’re done. Corruption to the core and they make the Mafia look like Boy Scouts.”

It’s baffling that a rational conversation about a synagogue getting approved involves charges that “these people have their own version of traffic safety and laws,” as well as calling it “a real occupation by a fanatical, corrupt, legally hostile religious organization,” and vowing that “the fight has just begun!”

And it’s always “they,” “these people” or “the Orthodox.”

How did this become acceptable? How can such rhetoric have a place in any part of enlightened American society in the year 2018?

These are not fringe lunatics who exist only on Twitter. These are regular Americans in regular communities, who have already come to the realization that we are just beginning to grapple with: that it is socially acceptable to hate certain kinds of Jews.

Imagine any of these sorts of comments being hurled at any other minority; there would be a rightfully indignant reaction of unqualified condemnation.

There’s more than just silence. There is a tacit endorsement of these views — a wink and a nod, if you will — when media keep turning to the agitators of hate as possessing a legitimate point of view, both by quoting them in news stories without comment and by publishing their assertions on opinion pages. That’s even without addressing the inaccuracies of these claims. If I had a nickel for every blatantly false “fact” they’ve allowed these people to run with about Haredi Jews, I’d be able to retire and buy a vacation home in Israel.

The validation doesn’t come from just the media. Worse, direction often comes from liberal — or “enlightened” — Jews, who often join in with or provide cover for those who perpetrate these sorts of attacks. It is a fact, as Mordechai Breuer, a professor of Jewish history, wrote, that “Liberal Judaism was always liberal only to its friends.”

There is a challenge every minority faces when it seeks to be accepted by the majority. Minorities always need to overcome the otherization that comes along with their being different. But in a liberal society, it is not acceptable to hate and discriminate on the basis of such differences.

It seems the societal acceptance of Jews has its limits, and this limit tends to be encouraged by other Jews as well. Jews are considered acceptable — and the hatred thereof condemned — when they are the same as everyone else; when the only way to tell they are Jewish is when the bigot posts a star on their photo and says they control the media. That sort of Jew is okay because he allows people to delude themselves into thinking he isn’t all that different after all.

But the Jew who chooses to self-segregate, by devoting his life to a higher power and basing every calculation on His word, the Jew who is visibly different, and who practices his religion differently, well, maybe that’s just not a part of the enlightened bargain.

Maybe, just maybe, instead of rolling their eyes in exasperation when they see Orthodox Jews who are “rocking the boat” by being different, the Jews who lash out at them ought to ask themselves a question, instead of directing their ire at “the Orthodox.”

It’s a question society as a whole is going to have to answer. If a part of society won’t accept Jews who are overtly Jewish, do they really accept Jews at all?

Eli Steinberg lives in Lakewood, New Jersey, with his wife and four children. They are not responsible for his opinions, which he has been putting into words over the past half-decade and have been published across Jewish and general media. You can tweet the hottest of your takes at him at @DraftRyan2016.