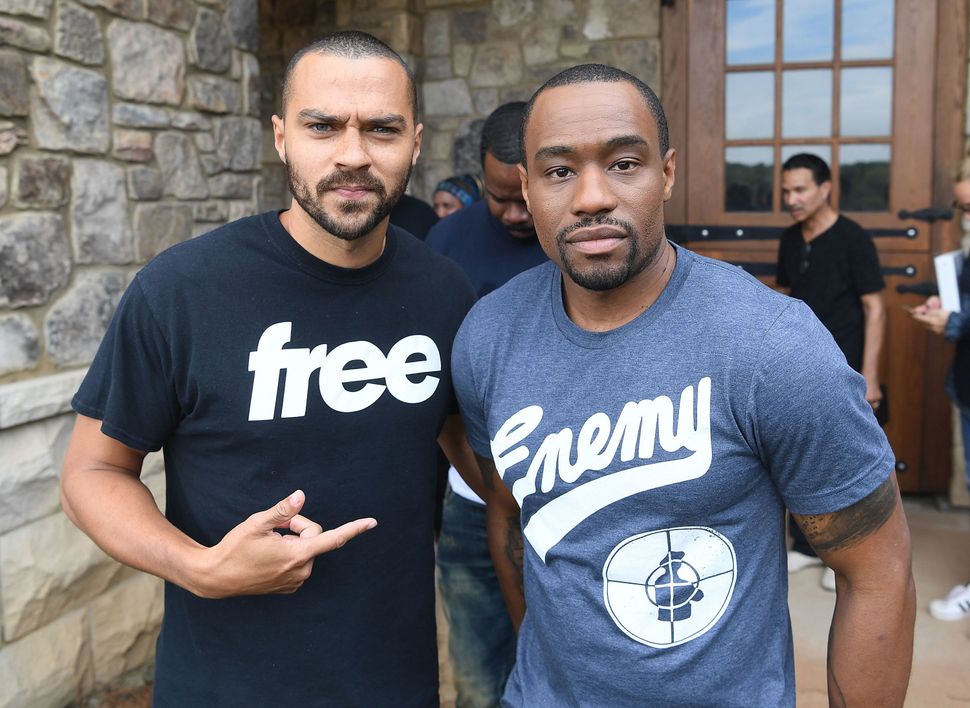 Author, academic and activist Marc Lamont Hill has been dropped as a CNN contributor because of public comments widely decried as offensive and bigoted. It could be a “political correctness strikes again” story — except that in this case, many usual critics of “political correctness” are on the other side.

Hill was speaking at a pro-Palestinian event, and the comment was seen as calling for the murder of Jews. The controversy raises some hard questions about free speech, double standards and anti-Semitism.

On Wednesday, in his remarks at a meeting at the United Nations for the International Day of Solidarity with the Palestinian People, Hill said that while nonviolence is admirable, “we cannot endorse a narrow politics of respectability that shames Palestinians for resisting.” He also called for concerted action “that will give us what justice requires and that is a free Palestine from the river to the sea.”

To Washington Examiner executive editor Seth Mandel Hill’s speech amounted to nothing less than a call for another Holocaust. He tweeted:

Marc Lamont Hill is a university professor and a CNN pundit, not some reddit troll. Mainstream genocidal anti-Semitism. Yesterday CNN reported on the results of its anti-Semitism poll. The call is coming from inside the house.

Mandel and others have pointed out that “from the river to the sea” is the slogan used by Hamas and other anti-Israel terror groups to call for Israel’s destruction. “All of Palestine, from the Mediterranean Sea to the Jordan River, is pure Arab Islamic land, which we will share with no one,” declared senior Hamas official Khalil Al-Hayya at a 2014 Hamas military parade in one of many such examples.

Hill has asserted that his comments, condemned as anti-Semitic by the Anti-Defamation League, had been misinterpreted and were nothing more than a call for Palestinian self-determination and justice in both Israel and the occupied Palestinian territories. His defenders have echoed his claim. Congresswoman-elect Rashida Tlaib (D-Michigan) has tweeted in support of Hill, arguing that he was doing nothing more than “calling out” Israel’s oppressive policies and advocating peace for all.

Where to draw the line between legitimate criticism of Israeli policies and anti-Semitic rhetoric is a fraught question on which Jews themselves vehemently disagree. And yet, especially when coupled with de facto endorsement of violence toward Israelis, Hill’s use of the slogan certainly sounds like an eliminationist dog whistle. The Daily Caller, a right-wing site, has also pointed to and documented Hill’s history of praise for National of Islam leader and notorious Jew-basher Louis Farrakhan. Hill recently condemned Farrakhan’s remark comparing Jews to termites but refused to repudiate his association with the minister.

Under the circumstances, CNN’s decision to terminate its relationship with Hill is reasonable. To be sure, one can debate whether there are double standards at work. The Splinter’s Paul Blest sees hypocrisy in the fact that CNN still employs Rick Santorum, the former congressman who once claimed that Palestinians don’t exist and that the people living in the West Bank are all “Israelis.” (One could also counter that Santorum’s seven-year-old comment is more bizarre than bigoted and actually implies support for a one-state solution with full citizenship rights for the West Bank’s Arab population.)

But that aside, the underlying principle is clear: It’s entirely appropriate for a media outlet to sever contact with a contributor who has expressed odious views with which the organization does not want to be associated.

Regrettably, support for that principle often seems to depend on whose ox is being gored—or whose controversial opinionator is getting fired. A few years ago, Ted Cruz and other conservative notables expressed dismay when Phil Robertson, star of the A & E reality TV show “Duck Dynasty,” was indefinitely suspended by the network after an interview in which he compared gay sex to bestiality and asserted that blacks were happier in the days of Jim Crow.

And just recently, The Atlantic’s decision to part ways with newly hired conservative columnist Kevin Williamson after the revelation of his past Twitter comments suggesting that women who have abortions should be hanged — and a podcast discussion defending those comments — was decried by many conservatives as punishment for “thoughtcrime” and a repressive attempt to shut out heretical opinions. (While Williamson’s defenders made a strong case that his remarks were a deliberate provocation rather than a statement of his real opinion — Williamson is on record as opposing the death penalty in general — it’s not anti-free speech for a magazine to decide that it doesn’t want to give a platform to someone who expresses a repugnant view even as a provocation and then defends those statements.)

To be sure, while sanctions by private employers are not in the purview of the First Amendment, the spirit of free and open discourse suffers when the range of acceptable opinion is narrowed. Media organizations have the right to fire contributors; other people have the right to criticize, pressure, or even boycott those media organizations if they believe the firing was unfair. But a private company which chooses to deny its platform to someone whose speech it finds offensive is not violating free speech; it is practicing another essential liberty, freedom of association. Once we’ve agreed on that, we can discuss whether CNN or The Atlantic is using that freedom wisely.