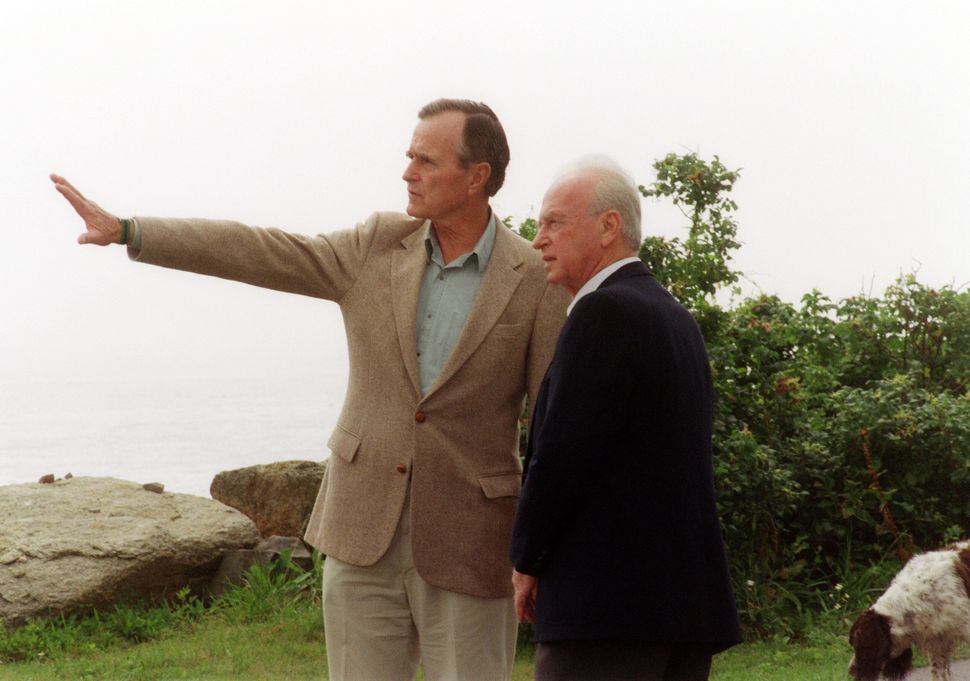 President George H.W. Bush was known for writing personal letters to the many people of all stations and persuasions that he encountered throughout his long, remarkable career.

I have one of them.

It is mounted in a simple black frame on the wall in my apartment, dated October 24, 2006, ten days after my own father died. Typewritten, it contains his signature, and exudes the extraordinary compassion and decency of the man. Those qualities were not something that came across in his public appearances, which is why — on the occasion of his death — I’m telling this story.

The story begins earlier that year. As vice president of the National Constitution Center in Philadelphia, part of my job was to oversee the Liberty Medal, an award bestowed annually to men and women from around the world who have furthered the cause of liberty.

This was the first year that the Constitution Center was hosting the medal, combining the ceremony —- televised live —- with a gala fundraising dinner afterward. Bush and President Bill Clinton were the honorees, recognizing the two former presidents’ (and two former rivals’) unique partnership in responding to the tsunami that devastated Indonesia and Hurricane Katrina in New Orleans.

All very exciting. Except.

Except that weeks before the ceremony, it seemed that neither president was going to actually attend a “presidents reception” for big donors just before the ceremony. Clinton was, frankly, impossible to pin down. So it was my task to figure out how to persuade Bush.

I called his office late one evening, expecting to talk to his chief aide, Jean Becker. Instead, he answered the phone. I drew a deep breath and explained my predicament.

“Oh don’t you worry,” I remember him saying. “I’ll be there. Just call Jean in the morning.”

I had never encountered such a pleasant and accommodating political leader. Nor have I in the years since!

The day of the ceremony, I wanted to thank him personally for, essentially, saving my job. We heard he had a cold, and a colleague had bought him a package of throat lozenges, which I was to deliver. 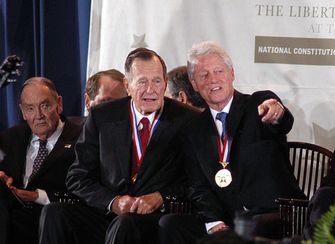 When I entered the room where he was stationed, he rose and gave me a big hug, thanked me for the lozenges, and even fished in his pocket for change to pay for them. His affect was so kind and genuine that I was stunned. Bush was famously known for being an aloof patrician, removed from the grind of every day life in America, a fault Clinton cleverly exploited in defeating him in 1992. But that image clearly reflected only one part of his character.

About ten days after the ceremony, I was scheduled to moderate a discussion at the Constitution Center with Bush’s daughter, Doro Bush Koch, who had written a memoir, “My Father, My President.”

My own father was dying, and I often read the book by his bedside. In so many respects, they were entirely different men. My father was the son of Jewish immigrants, grew up very poor and managed to scrape his way into the middle class, never in the public eye, never seeking power and acclaim. He didn’t have a middle name. Bush, with family wealth and power, had two. 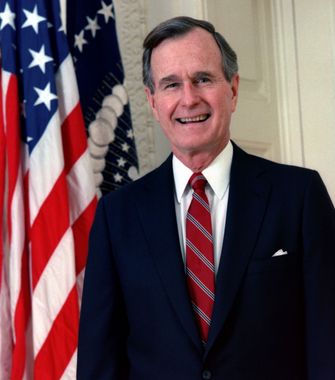 But these two different men shared the experience of courageous service in World War 2, which shaped their worldview and bound them in an ineffable sense of duty and sacrifice. So, surprisingly, I saw my father in Doro’s memoir.

Later that week, during shiva, I wrote to Jean to explain why I had to abruptly pull out of the program and to ask her to send my apologies to Doro.

And then I received the letter.

Jean told me the sad news about your dad. Our hearts go out to you and to your sister. It hurts to lose your father. When my dad passed on, a good friend told me, ‘When you lose your father, you lose your best friend.’ How true. You are in our thoughts, and we hope that soon the deep hurt you feel now will give way to only happy memories of your wonderful Dad.

I did not vote for him. I disagreed with him politically on so many issues. I felt that he represented an America rooted too much in an exclusive past.

But he also represented an America of genuine decency and humanity, where a man who had reached the pinnacle of power could so compassionately console a grieving daughter.

In our home, George H.W. Bush’s memory will always be a blessing.