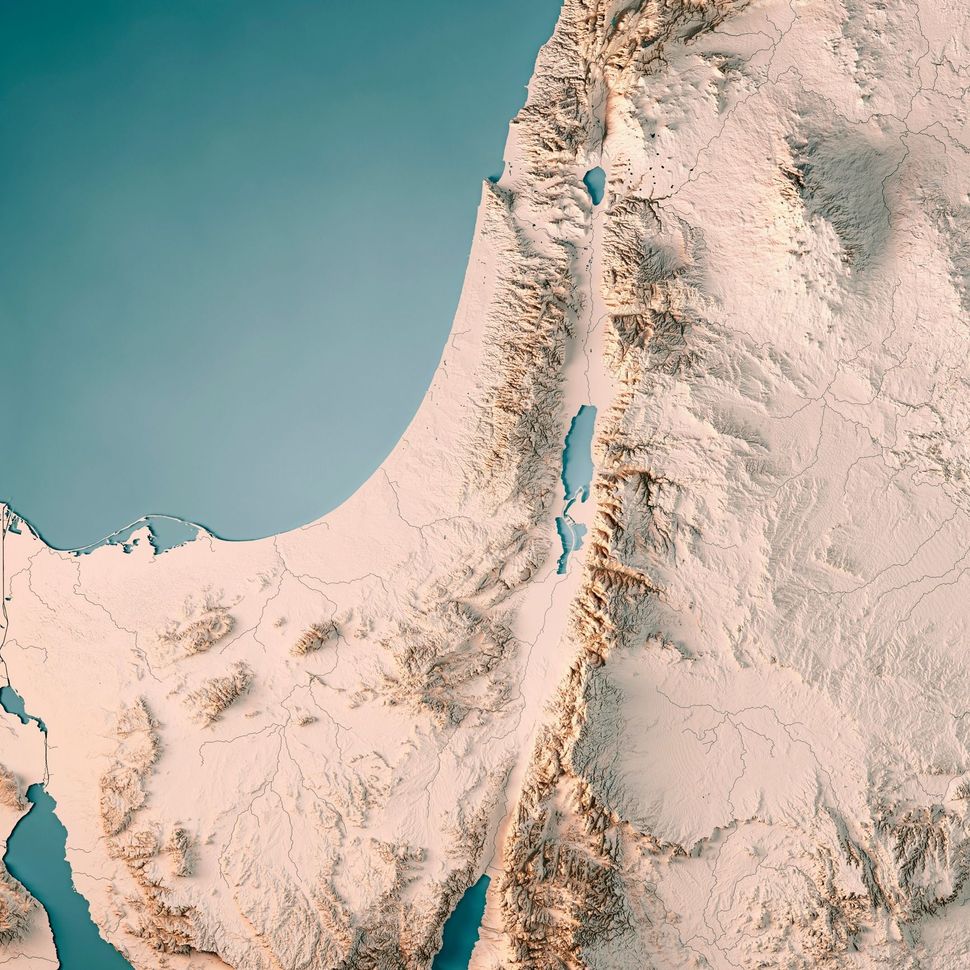 Over the weekend, scholar and social justice activist Marc Lamont Hill apologized for ending his recent remarks at United Nations by calling for “a free Palestine from the river to the sea.” His apology came after three days of furious online attacks and criticism from many people who felt deeply hurt by his remarks.

Critics have pointed to Hamas’s use of this phrase to claim that Hill was either deliberately parroting a Hamas line that calls for Israel’s elimination, or at the very least ignorantly repeating a deeply offensive and triggering phrase.

Yet lost in all these discussions is any acknowledgement of what this phrase actually means — and has meant — to Palestinians of all political stripes and convictions. As a Palestinian American and a scholar of Palestinian history, I’m concerned by the lack of interest in how this phrase is understood by the people who invoke it.

It helps to remember the context in which Hill delivered his original remarks. He made them last Wednesday as part of the Special Meeting of the Committee on the Exercise of the Inalienable Rights of the Palestinian People, in observance of the United Nations International Day of Solidarity With the Palestinian People, which is held during the final days of November each year.

The date is important. On November 29th, 1947, the United Nations General Assembly voted to partition Palestine into a Jewish state and an Arab state. While Jews in Palestine rejoiced, the country’s Arabs bitterly opposed the partition plan.

The reason was that they saw all of Palestine — from the river to the sea — as one indivisible homeland. They invoked the story of Solomon and the baby to explain their stance. Like the real mother in the parable, who begged Solomon to refrain from splitting her baby in half, Palestinian Arabs couldn’t stand to see their beloved country split in two. And they saw the Zionists’ eager reception of the plan as an ominous sign that they intended to conquer the whole of Palestine.

Moreover, the proposed borders of the two states meant that the Jewish state would have roughly 500,000 Palestinians living in it as a minority. And while the Israeli narrative holds that those Palestinians would have been welcomed as equals in the new Jewish state, the clashes between Jews and Arabs in Palestine that followed the UN vote, particularly the attacks by Zionist militants and the subsequent forcible removal of Palestinians from their homes and lands in areas allotted to the Jewish state, led Palestinians to conclude otherwise.

As for those Palestinians who managed to remain on their lands in the new Israeli state, they were eventually granted citizenship, but it was clearly subordinate to the status of Jewish Israelis. They were subject to military rule rather than civilian law, which meant they needed permits from the military governor to travel to work and school. They also encountered widespread prejudice from Israelis who saw them as a benighted, traditional underclass in need of the state’s benevolent modernization.

And Palestinians in the West Bank and Gaza Strip, living under Jordanian and Egyptian rule respectively, faced authoritarian crackdowns that prevented them from being able to fully express their political views.

In other words, after 1948, Palestinians were not able to live with full freedom and dignity anywhere in their homeland.

That’s how the call for a free Palestine “from the river to the sea” gained traction in the 1960s. It was part of a larger call to see a secular democratic state established in all of historic Palestine. Palestinians hoped their state would be free from oppression of all sorts, from Israeli as well as from Arab regimes.

To be sure, a lot of Palestinians thought that in a single democratic state, many Jewish Israelis would voluntarily leave, like the French settlers in Algeria did when that country gained its independence from the French. Their belief stemmed from the anti-colonial context in which the Palestinian liberation movement arose.

That’s why, despite the occasional bout of overheated rhetoric from some leaders, there was no official Palestinian position calling for the forced removal of Jews from Palestine. This continued to be their position despite an Israeli media campaign following the 1967 war that claimed Palestinians wished to “throw Jews into the sea.”

While Palestinians viewed Zionists as akin to colonial settlers, Jews who were willing to live as equals with the Palestinians were welcome to stay. In his 1974 speech to the UN, Fatah leader and PLO Chairman Yasser Arafat declared, “when we speak of our common hopes for the Palestine of tomorrow we include in our perspective all Jews now living in Palestine who choose to live with us there in peace and without discrimination.”

In the 1980s and ‘90s, Fatah and the PLO changed their official stance from calling for a single state to supporting a two-state solution. Many Palestinians —particularly the refugees and their descendants — saw them as abandoning the core of their homeland and acquiescing to colonial theft. They were allowing the proverbial baby to be split.

With Fatah seen as selling out, Hamas picked up the call for a free Palestine “from the river to the sea.” It sought to burnish its own anti-colonial bona fides at the expense of Fatah. And although many people point to Hamas’s 1988 charter as evidence of its hostility to Jews, in fact the group long ago distanced itself from that initial document, seeking a more explicit anti-colonial stance. Moreover, its 2017 revised charter makes even clearer that its conflict is with Zionism, not with Jews.

And notwithstanding the extreme rhetoric of some leaders on both sides, a recent joint poll shows that only a small minority of Palestinians see “expulsion” as a solution to the conflict – 15% — which is incidentally the same percentage of Israelis who view this as the only solution.

In other words, they want freedom. And they want that freedom throughout their historic homeland, not just on the 22% that comprise the West Bank and Gaza Strip.

This desire for freedom is what Marc Lamont Hill was invoking when he called for “a free Palestine from the river to the sea.” His remarks were intended to center Palestinians’ aspirations, not disparage Israelis’. This has been lost on his critics, which speaks to a larger problem.

Dismissing or ignoring what this phrase means to the Palestinians is yet another means by which to silence Palestinian perspectives. Citing only Hamas leaders’ use of the phrase, while disregarding the liberationist context in which other Palestinians understand it, shows a disturbing level of ignorance about Palestinians’ views at best, and a deliberate attempt to smear their legitimate aspirations at worst.

Most troubling for me, the belief that a “free Palestine” would necessarily lead to the mass annihilation of Jewish Israelis is rooted in deeply racist and Islamophobic assumptions about who the Palestinians are and what they want.

Rather than just lecture Palestinians and their supporters about how certain phrases make them feel, supporters of Israel should get more curious about what Palestinians themselves want. There isn’t a single answer (there never is), but assuming you already know is no way to work towards a just and lasting peace.

Maha Nassar is an Associate Professor in the School of Middle Eastern and North African Studies at the University of Arizona and a 2018 Public Voices Fellow with the OpEd Project. Follow her on Twitter @mtnassar.