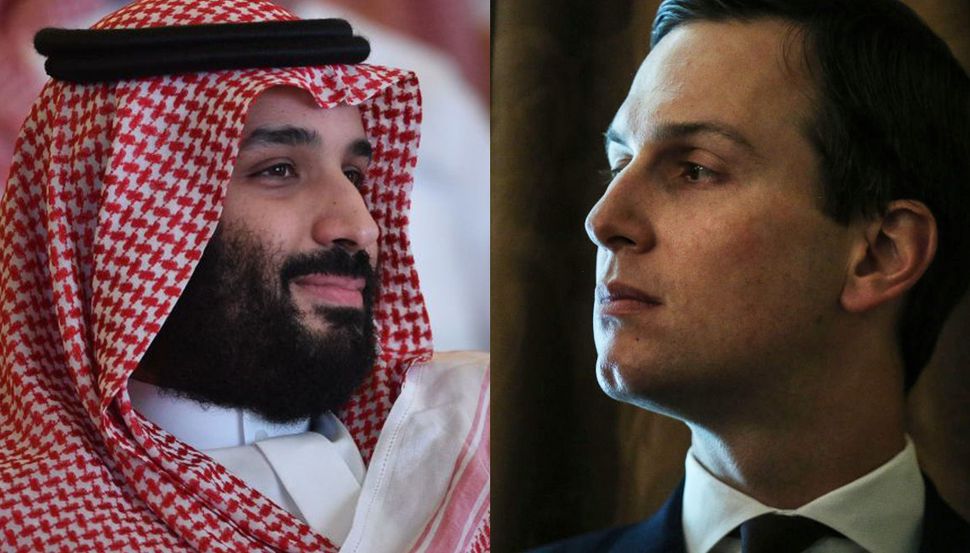 It started off like a fable, the two young princelings, one Jewish and one Arab, both modern and polished, both believing themselves to be their kingdoms great modernizers. But of course, it turned out to be something much more sinister.

The bromance between Jared Kushner, President Trump’s son in law, and Mohammed bin Salman, the Crown Prince of Saudi Arabia, also known as MBS, turned out not to have been that at all; rather, Kushner has been the victim of a long, involved campaign to use his stupidity against him.

A New York Times story exposed the fact that Kushner and MBS have been quietly text messaging each other since well after October 2, the day of the brutal murder of Washington Post columnist Jamal Khashoggi. Worse, the piece quoted insiders who knew of the Saudi regime’s explicit attempts to use Kushner’s ignorance against him to gain an advantage in the Trump administration.

Suddenly, President Trump’s staunch defense of the 33-year-old prince starts to make more sense. Last week, it became clear just how much the friendship between Kushner and MBS has been responsible for President Trump’s ongoing support of the regime.

Soon after Khashoggi’s murder, Trump started musing about the importance of America’s relationship with Saudi Arabia. It seemed as if the President of the United States didn’t really have any moral objection to the killing of journalists. After all, he’s never been a particularly big fan of the free press, or any press that isn’t owned by Rupert Murdoch.

But we now know that it was by Kushner’s intervention that the Saudis were saved after committing such a heinous murder.

Along with his influence over Trump, it was Kushner’s own vainglorious pretensions that were exposed, and a slavish desire to see himself as MBS’s equal.

One can see where he went wrong. After all, the princelings have led lives that are strangely parallel. 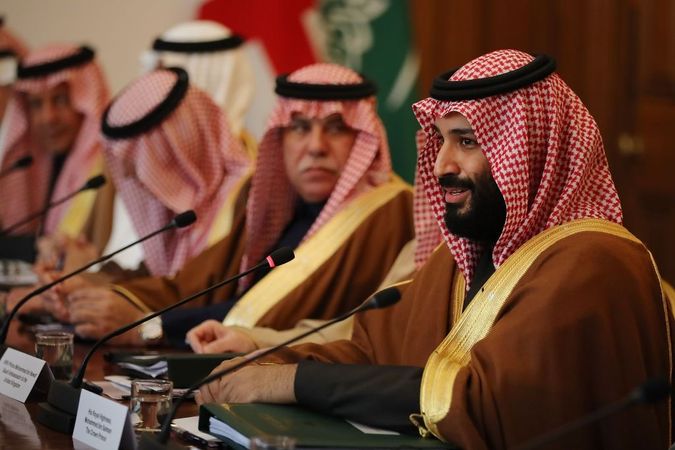 Both boys are now in their mid-thirties; both are now married with children. Both are pretty and sheltered, both attended prestigious private schools close to home and worked in plush jobs for their fathers after college.

Both Kushner and MBS were groomed for greatness. Both had fathers who let them play with power at a very early age: Jared toyed with buying and selling real-estate while at Harvard, and MBS was able to join his father’s government at the tender age of 24.

But there’s one critical difference between the boys: MBS is a brilliant, brutal, evil, dissident-murdering dictator who may have jailed his own mother and is on a seemingly-unstoppable rise to power.

Kushner, on the other hand, is failing upward in the way only sons of privilege are allowed to do.

His upward failing is doubly ironic because he believes that he has earned his position in life. After Kushner managed to ruin Manhattan’s favorite rich person newspaper, The Observer, its former editor in chief Elizabeth Spiers described him as someone who unironically “appeared to view his position and net worth as the products of an essentially meritocratic process.”

Just like President Trump, Kushner considered his inherited wealth to be proof of his “talent” and not what it was in reality: A function of his luck.

And indeed, the golden boy has been lucky. With Trump’s surprise election, Kushner inherited a fat portfolio, none of it on topics he is qualified to handle. Trump created the Office of American Innovation with Kushner at its helm. Not content with running an executive agency and serving as mere son-in-law-in-chief, in November, Jared decided he wants to in on the action at the White House’s Domestic Policy Council, too. He’s also on the Middle East team, though his ignorance has empowered all the bad guys in the region.

Jared seems to have his father-in-law’s lack of self-awareness and is being taken for a walk by a master manipulator. 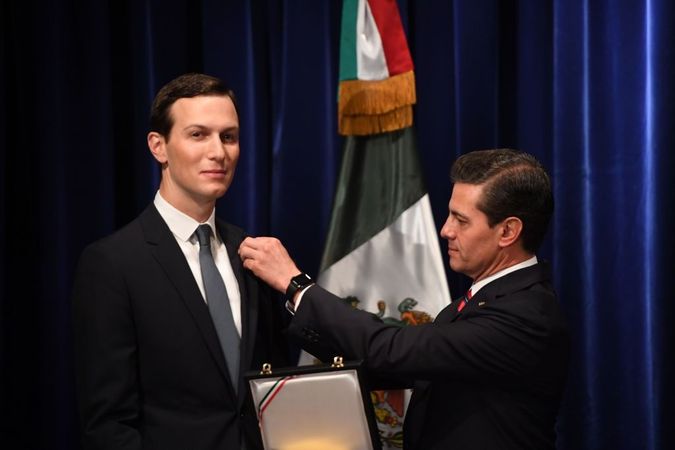 Senior Advisor to the President of the United States Jared Kushner (L) receives the Mexican Order of the Aztec Eagle from Mexico’s President Enrique Pena Nieto in Buenos Aires in the sidelines of the G20 Leaders’ Summit. Image by Getty Images

MBS was smart to set his sights on someone so naive and yet so power adjacent.

It’s unclear if MBS knew just how much Kushner was committed to punching above his weight or if he just got lucky, but either way, there is an obvious victor in this relationship, and it’s not the Jewish guy from New Jersey.

Perhaps the most darkly amusing moment of the entire relationship came when Jared Kushner offered MBS advice on “how to weather the storm” following the fallout surrounding the murder of Jamal Khashoggi.

Jared Kushner giving career advice is like Donald Trump giving marital advice: Deeply and profoundly ironic, especially to someone like MBS, the ruthless son of an absolute monarchy who had to beat out 11 other sons to claim the role of his father’s heir.

One has to wonder if Kushner’s blinding self-regard is a function of his false belief that America is in its heart a meritocracy. But while Kushner is a member of the lucky sperm club, he is not a member of a royal family, as much as he might wish he were (or believe himself to be). 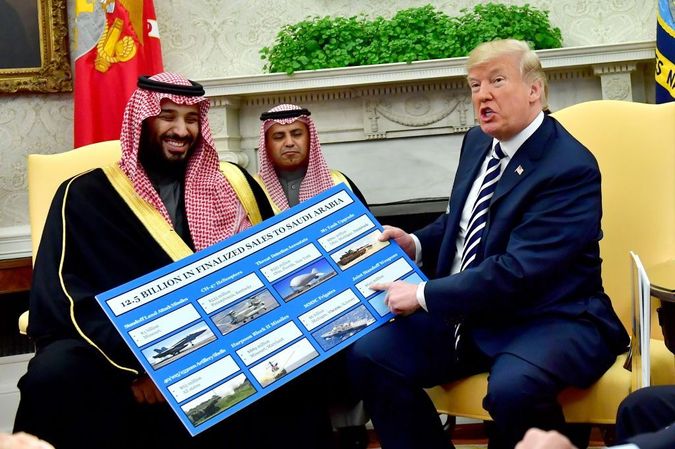 President Donald Trump (R) holds up a chart of military hardware sales as he meets with Crown Prince Mohammed bin Salman of the Kingdom of Saudi Arabia in the Oval Office. Image by Getty Images

These two princelings occupy different universes and practice different religions, but they share a belief that their countries should be run with an iron fist by rich and powerful men.

Luckily for America, Jared Kushner is not our future; unluckily for Saudi Arabia, MBS is probably is theirs.

Kushner is so far over his head and MBS is so deeply evil that it’s hard to imagine this relationship ending well.

But like everything in Trumpworld, we’ll just have to tune in next week to see how the reality show royalty continue to wreak havoc.