Did Jared Kushner Learn To Fail Up From Trump? 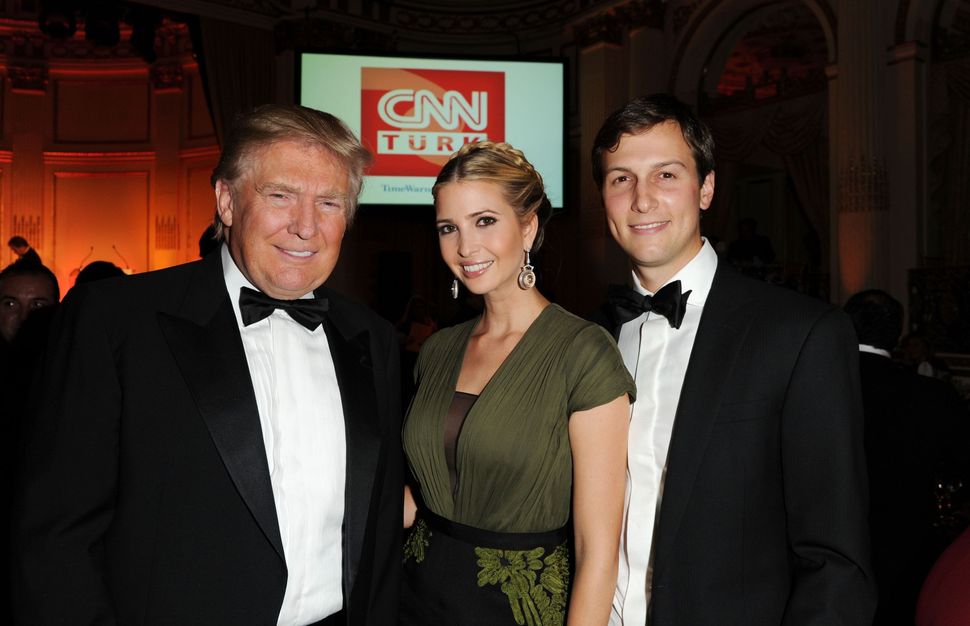 Last week, we learned that in 2016, Jared Kushner was appointed to be the new Michael Cohen. That’s when Trump made his son-in-law “the main conduit between Trump and his friend David Pecker, the National Enquirer publisher and chief executive of AMI, who prosecutors said on Wednesday admitted to making a $150,000 hush-money payment ‘in concert with’ the Trump campaign,” as the Daily Beast reported.

It was yet another responsibly for Kushner, who has been tasked with everything but has accomplished nothing.

When Nikki Haley, upon quitting her post at the United Nations, called Kushner “a hidden genius,” hilarity ensued. Kushner is much more famous for having accomplished literally nothing. 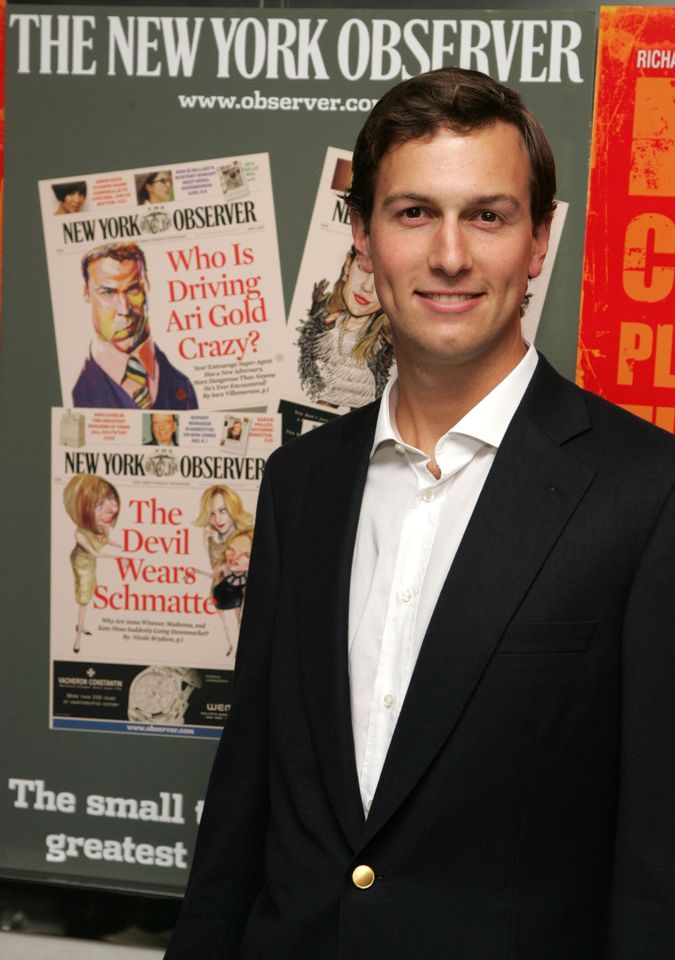 He is the absolute epitome of the lucky sperm club, a 37 year old who has actually done nothing on his own. From his admission to Harvard — he was reportedly waitlisted until Daddy Kushner gave a $2.5 million donation — to his early real estate investing to his newspaper career, where he was most famous for deleting stories he didn’t like and generally driving out all the talented writers and editors, Kushner has been a maverick at failing upwards.

If Kushner hadn’t married Donald Trump’s daughter Ivanka and if Trump hadn’t run for office, Kushner would just be another son of a crooked real estate mogul, a son who visited his father in jail after his father hired a prostitute to seduce his own sister’s husband.

Instead, this know-nothing, accomplishing-nothing son of a real estate developer is now the crown princeling of the President of the United State, and has a portfolio including veterans affairs, the opioid epidemic, trade with Mexico, and peace in the Middle East.

So why does Trump think Jared can solve there problems? Maybe Trump’s fondness for his son in law is not unlike his hatred of “rats” — another mafia-esque trait of the mafia-esque president.

Remember, Michael Cohen only became a “Rat” after the FBI did something which was absolutely unthinkable & unheard of until the Witch Hunt was illegally started. They BROKE INTO AN ATTORNEY’S OFFICE! Why didn’t they break into the DNC to get the Server, or Crooked’s office?

“There were three campaign managers,” a political consultant who knows Kushner told New York Magazine. “There was only one son-in-law.” As Don Vito Coleone said in “The GodFather,” “Never tell anyone outside the family, what you are thinking.”

But there’s another explanation that I think is even more convincing: Kushner is exactly like Trump. He is all show and no substance, an empty baby-faced tabula rasa onto which everyone, including Trump, can project whatever they want. Because Kushner has accomplished nothing, there is nothing in his history to stop anyone from assuming him capable of accomplishing anything. 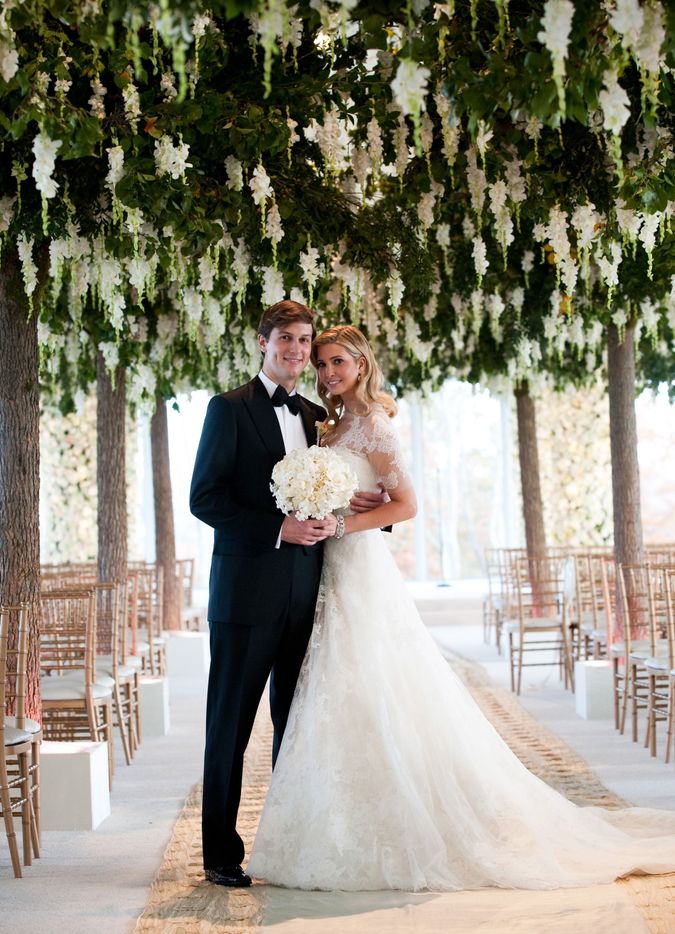 He is literally the poster child for failing up. And in this sense, he surely reminds his father in law of himself. After all, Trump was born to wealth too, and much like Kushner, Trump was set up by his father.

Though Trump always says he was only given a million dollars from his father, the real number is closer to $60 million. And when his father died, Trump got another $413 million through sketchy estate planning.

Both Jared and his father in law are deeply involved in cronyism and manipulating the media, hence Trump appointing Kushner this role when Cohen became compromised.

I found out a few months ago that while I was the editor in chief of the Observer, Jared was instructing our third party tech provider to delete articles critical of his business associates w/out my knowledge. I don’t have enough choice expletives describe my feelings about that. https://t.co/EYyEn0YIKI

So perhaps the president who never accomplished anything over-identifies with his son in law who also never did anything.

It’s been almost two years since Jared Kushner’s office of American innovation was formed, and they have yet to solve the opioid crisis or bring peace to the Middle East. This did not, however, dissuade the Mexican government from awarding Kushner the Aztec Eagle.

The truth is, if you’re as white and as connected and as affluent as Kushner, you never really have to accomplish anything.

That’s ultimately the message of Trump’s presidency. It’s not, as his supporters would have it, the American Dream, where anyone can make it through hard work. It’s the idea that if you’re rich and white, you can fail your way all the way up to the presidency of the United States. Trump did, and he certainly seems to think Kushner can, too.

Did Jared Kushner Learn To Fail Up From Trump?