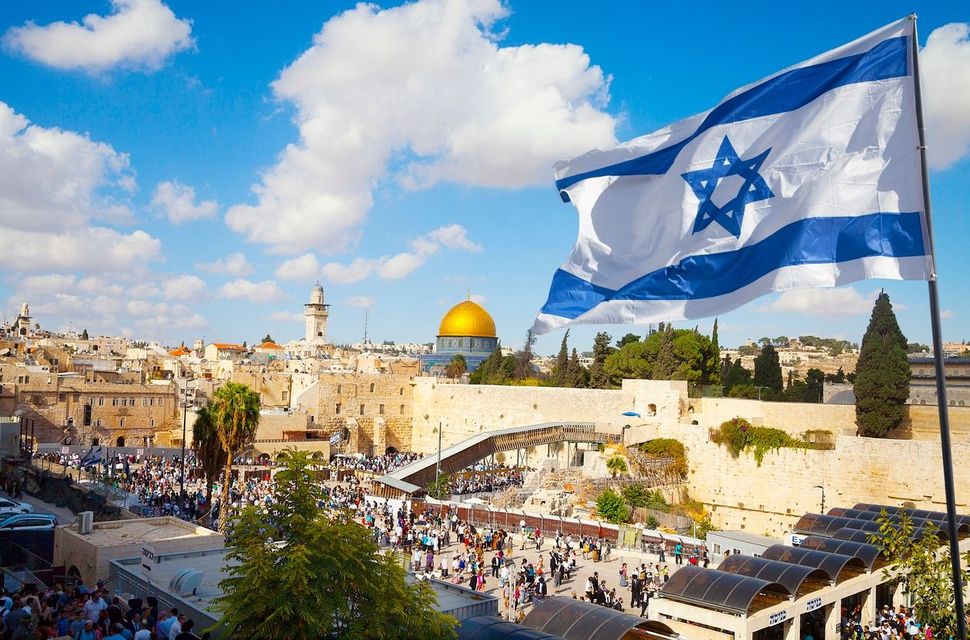 Last summer, 13 activists staged dramatic walkouts from their Birthright trips. To prevent more, Birthright added a clause to their Code of Conduct, that participants commit not to “highjack” discussion by turning it toward the occupation.

Last week, they made good on the new contract when several Americans were kicked off their Birthright program for “asking questions” about the West Bank separation barrier.

We asked our readers to weigh in, and here are a few of their answers.

“Personally, I had an amazing Birthright trip to Israel. I thought the programming was slanted but it didn’t shy away from or shut down discussion about tough issues.

In fact, they brought some young IDF members to join us for a couple days and they spoke very frankly (as Israelis tend to do). Some of these Israelis even visited me in Colorado a year or so after the trip. I say this because while they are vetted, they certainly aren’t speaking from a script.

My trip deepened my ties to Israel. I had been once before but I was just 11. The trip allowed me to connect with family that lives there and that I had never met before. I’m now routinely in touch with this family. The trip was also a big reason I went back a few years later for a Masa internship program.

I mostly have positive things to say about the trip. Do they try and present a rosy, campy and one-sided picture of the country? Sure. But I don’t think that outweighs the important work they do — creating or deepening bonds between American Jews, Israel and Israelis.”

“I did [Birthright] in 2003, and the stories coming out now seem wildly different. We had no social control except that we had to observe the Shabbat. We can and did say and ask tough questions. That said, we didn’t go into East Jerusalem or the settlements. We did go to the Western Wall though.

These kids seem a touch media savvy to me; do you always have an iPhone on hand to record your Spontaneous Moment of Realization and Conflict With Zionist Oppressors?

Birthright has a range of programs under a broad Zionist agenda including probably programs that take a more pro-Palestinian approach (though I don’t think Zionism — an inclusive pluralistic Zionism — is anti-Palestinian).

If Zionist agendas are not your cup of tea, don’t go. Be an entrepreneur. Create your own trip, your own agendas etc.

What I’m not into these kids taking a free trip, eating free food, using free lodging and then scoring internet fame by turning on their hosts.”

“My daughter went on Birthright after being raised to believe and think whatever she finds. She went back to Israel in 2014 after traveling there with me and family in 2010.

Her visit started with a speech by Netanyahu and ended with reporting back to me that she has more sympathy for Israel after the trip, can see the other point of view better now. She made friends on the trip.

As she flew back, missiles started to fly. The crackdown turned all of our stomachs. I sent her there hoping her love of the country could be inspired, the way my grandparents’ love inspired me.

It was, but the IDF blew it.

I’m still thankful for the experience, despite the timing and the violence that followed.

Needless to say, she would never have taken the trip if the restrictions had existed. I believe her voice enriched even the kids who later I’m sure she removed from her social media because they became hardened and closed off to the reality of [disproportionate] violence.”

“I definitely think that dissent and questioning should be allowed on Taglit-Birthright trips, and I say this to you as someone who calls himself a Zionist.

First of all, I think that it is antithetical to Jewish values to stifle questioning and debate. Secondly, I think that this strategy implemented by Birthright will ultimately backfire, which is unfortunate because I think Birthright is a good idea.

This move will make the Palestinian narrative and/or the occupation of the West Bank feel as if it is tantalizing “forbidden knowledge” to many young Jews on Birthright trips.

If Birthright chooses not to engage with questions, the organization will lose control of the narrative because the students will distrust them and look elsewhere for their knowledge. They could look to a more liberal Jewish/Zionist organization like J-Street, but they also might look to ardent anti-Zionists for whatever they see as “the truth” that is being hidden from them.

Additionally, for the most part, it is not as if students are going on Birthright trips, becoming disillusioned, and then deciding to leave. The students who are leaving went on the trip knowing that they were going to leave in an attempt to make a political statement for social media on behalf of an organization such as IfNotNow.

Portraying this as spontaneous is misleading because it is part of a coordinated campaign. Everybody who I have seen walk off a Birthright trip posts a video or photo about it on social media, which, in addition to the political statement, serves to project the image that they are a “good person.”

My generation also has a fixation on “forbidden knowledge” and things that are not well known that I think manifests itself somewhat in the hipster culture, and walking off Birthright trips seems to be the combination of these two phenomena to some extent.

I am unsure how much of a motivating factor this is though. I also do not think that students should be allowed to hijack the trip in any way, as, at the end of the day, they can stay in Israel after the trip and explore whatever they want. Birthright needs to find a balance.”

“Where are the ‘adults’ and why have they abandoned the next generation of Jewish leaders?

As someone who has been closely following IfNotNow’s Birthright campaign fairly closely since its beginnings, I was always torn while watching these recordings.

Though their sentiment is one that I share with every fiber of my being, I felt that they were often undercutting their purpose with the staged walkouts.

I have always been a fervent believer of changing the system from within and that over time pressures both externally and internally will progress history over time.

However, the most recent incident combined with the new conduct guidelines go beyond just thwarting IfNotNow’s often dramatic exits from these trips.

Birthright will never take participants on a tour of Hebron with Breaking the Silence or meet with the residents of Khan al-Ahmar, and asking for those things always seemed like missing the point. I always felt like they should ask for an opening of the conversation or allowing more progressive organizations to run trips that would provide context and facilitate conversations with those affected by the occupation.

As someone who went on one of the last URJ Kesher Birthright trips in 2016, I know there is ample time to bring in that narrative during the 10 days.

I still feel a great sense of shame at not pushing back on my guide’s response, when asked if the fence alongside the highway was part of the security barrier: ‘The Palestinians actually like the security barrier because it makes them feel separate and distinct from Israel.’”

As a young American Jew who leans left on many issues politically (except for Israel) and who would be eligible for Birthright if I had not done a MASA program, I actually support the actions of Birthright.

The main reason I support the right of Birthright to kick people off for being disruptive is because not everyone will have the opportunity to go back to Israel and it is inconsiderate to the other participants who want to enjoy themselves to constantly try to use a trip which many go on because it is a free trip to push a political agenda even if one is being pushed on the trip.

These trips are sponsored by the Israeli government, pro-Israel philanthropists and also by your average American Jew who is pro Israel. My parents taught me not to bite the hand that feeds me and that is the situation here. If you have an issue with government policies in Israel you have two options: Either you don’t go on these trips or you can go on these trips and ask these questions in a more private setting and respectful manner.

If you actually care about these issues, you can keep quiet about it and make Aliyah which will allow you to actually work to change things instead of just looking like spoiled brats.

I don’t have exact statistics but I know of at least three people who I was friends with who have already made Aliyah, at least 10 people who chose to continue their education in Israel and another five who are either looking into or in the process of joining the IDF through the MAHAL framework.

I actually went to Israel with the opinion that all Arabs were terrorists out to do us harm and returned from Israel with a much more nuanced view after actually encountering them in my daily life.

Birthright is sometimes a catalyst for kids to do gap year programs, which allowed me to develop a much more informed point of view because prior to my gap year, I had never met a Palestinian. It doesn’t help to disrupt Birthright programs, go to Israel on a gap year and observe, get to know people on both sides. You will learn far more about the situation than you learn from the rhetoric.

I am now working on enlisting in the IDF so that I will be taken seriously one day when I enter Israeli politics in order to find a peaceful solution.

These “activists” don’t define my generation. They do however define the American (re-)educational system because unfortunately in so called “liberal” American Universities, young Jews are being taught to reject their own heritage in order to not be considered racist or intolerant. This is not the “tolerance” we should see in America.