Birthright Said To Expel 3 For Questions About ‘Wall’ 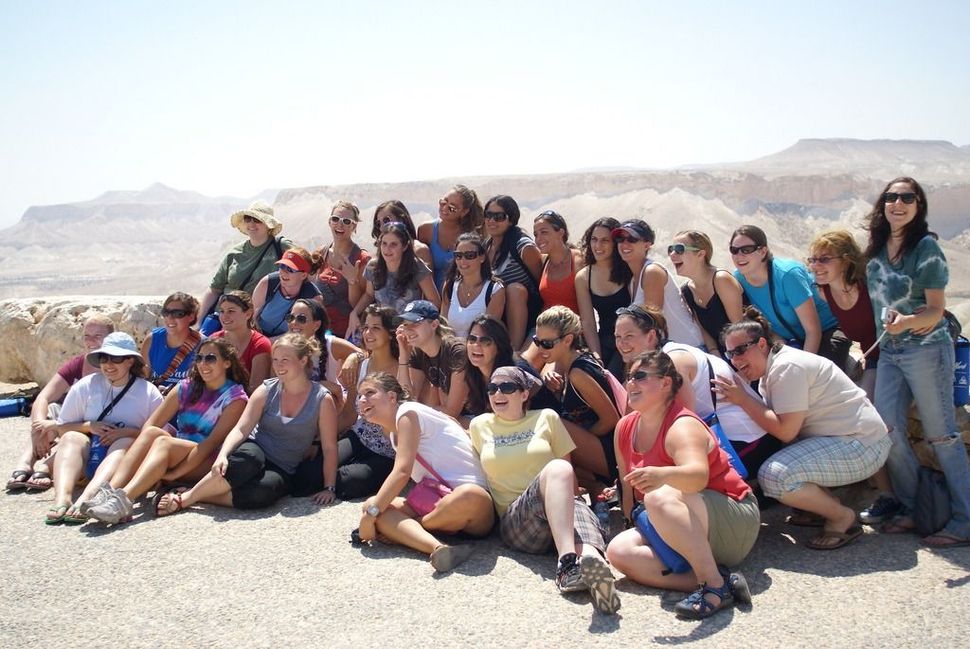 Fresh from its PR disaster after announcing vague new anti-free speech conditions, Birthright Israel has reportedly thrown three young Jews off their trip for asking about the separation barrier between Israel and the West Bank past which they were driving.

In a Facebook post, participant Shira Leah said that she and two others did not accept the answer that the “entire conflict is caused by crazy violent Palestinians.” She compared the barrier to President Trump’s proposed wall between America and Mexico and said that her Jewish values prompted her to disapprove of the wall and to ask questions.

I am devastated by Trump’s policies of family separation, detention of children, and building a wall on the U.S.-Mexico border because it goes against all of the values I was taught growing up n my Jewish community, where my mom was the Rabbi. It is unfathomable that I would be asked to stay silent when we see the same thing happening in Israel.

Birthright Israel offers all-expenses-paid trips to Israel for young Jews aged 18 to 32. Proponents say it instills a lifelong commitment to the Jewish state. They also assert it makes participants more likely to marry other Jews and be Jewishly involved.

The organization had recently said in a statement that the new clause was a routine tweak to the contract and it was “shared widely.” It said violators will be booted off trips.

Watch her video of the event.

Shira Leah’s response to this is that Birthright, which is famously free to participants is not actually a birthright: “Clearly this is a bribe, not a gift. #NoSuchThingAsAFreeTrip #NotJustAFreeTrip”

In response to the incident, a Birthright spokesperson issued the following statement: “When activists aggressively disrupt the experience of the other participants then, like in any organized group experience, we have to ask them to leave regardless of their agenda. Birthright Israel always welcomes participants’ views and questions, which are essential to the success of the experience, so long as they are shared in a constructive and respectful manner. We will not condone any coordinated plans to ruin the experience for others in order to promote a specific agenda.”

Birthright Said To Expel 3 For Questions About ‘Wall’