I Walked Off My Birthright Trip. I Applaud Rashida Tlaib For Walking Off AIPAC’s. 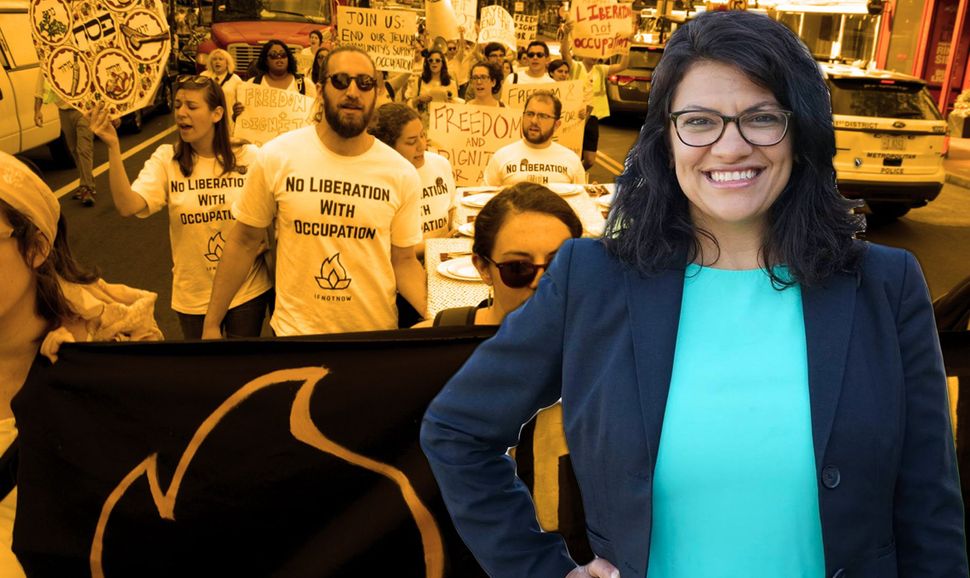 On April 10th 1967, Marian Wright, a lawyer working for the NAACP’s Legal Defense Fund in Mississippi led then senators Joseph S. Clark and Robert F. Kennedy on a tour of the Mississippi Delta. Wright hoped to expose the realities of severe poverty and hunger which sadly, many did not know existed in the United States.

Upon seeing the living conditions of many of those living in the Delta, Robert Kennedy famously whispered to his aide, Edelman, “I’ve been to many third-world countries, and I’ve never seen anything like this.”

Today, many consider this trip a catalyst which steered Kennedy’s political trajectory to one driven by civil rights and social justice. But as Kennedy noted, in order for change to arise, there had to be pressure from the public to make those in Washington uncomfortable.

The trip worked and the country responded with the the National Poor People’s March on Washington, among other public outcries. Wright proved that when exposed to the realities of injustice, poverty, and hunger, people will respond strongly with pressure on their elected officials to act.

This week, Rashida Tlaib, the newly elected Palestinian-American Congresswoman from Michigan, announced she would reject AIPAC’s one-sided, sanitized trip to Israel for newly elected congresspeople and instead lead a delegation of representatives to the Israel-Occupied West Bank to expose her colleagues to the realities of the injustices of the Occupation.

When I read this news, I felt hopeful — hopeful that exposure to this injustice will inspire the representatives who join Tlaib to advocate for real change.

And I want to honor the brave decision Tlaib made; I know how hard it can be to stand up to the Jewish establishment’s propaganda trips to Israel.

I know because I made a similar decision this year.

This summer, I walked off my Birthright trip along with seven others. We did so because Birthright barred us from hearing Palestinian voices and refused to acknowledge the Occupation.

We deserved the truth, and had to leave Birthright to find it.

The AIPAC trips for freshman members of Congress share a striking similarity to Birthright itineraries, and both trips succeed in normalizing endless Israeli occupation. The hundreds of millions of dollars spent by right wing philanthropists for both trips ensures a manicured presentation of the situation as Palestinian terrorism met with Israeli self-defense.

When I asked to meet a Palestinian on my trip, my tour guide laughed and said, “That would be too dangerous.”

Tlaib’s trip constitutes a marked shift, and we should welcome it. Congresspeople who join her delegation will see the daily nightmare of the Occupation. They’ll learn that Palestinian voices are not inherently dangerous, and that opposing the Occupation shouldn’t be controversial — it should be a moral imperative.

Walking off my Birthright trip allowed me to witness the stark reality that our tour kept hidden from view. Instead of visiting a Bedouin village with Birthright to ride camels in the desert, I witnessed water scarcity and home demolitions in the Palestinian Bedouin villages of Khan al Ahmar and Umm al Kheir. Rather than visit the Old City of Jerusalem, I toured Occupied Hebron and had paint thrown on me by Israeli settlers claiming exclusive rights to holy sites.

Without the experiences of witnessing military occupation firsthand, I see why so many Birthright participants move to Israel and join the Israeli Defense Force. From Jewish teens to newly elected congresspeople, these trips have profound effects by exploiting emotions and introducing participants to cherry-picked victims of a violent cycle that disproportionately affects Palestinians.

This is why delegations to Occupied Territories like mine and Tlaib’s are so disruptive to the current narrative, and why it is important that all of our new representatives join Tlaib’s delegation.

Representative-elect Tlaib’s bold decision to ensure that she and her fellow Congresspeople will hear the full story of the occupation does not stand alone; it is indicative of a broader trend of young progressive Americans saying that we will no longer sit idly by.

As the American government and American Jewish institutions like Birthright and AIPAC attempt to write Palestinians out of existence, we know that we have a choice to make.

Will we let the American Jewish establishment continue to silence Palestinian narratives, or will we make sure our representatives hear the whole story? Will we allow the institutions that claim to represent us further entrench the occupation, or will we stand up for freedom and dignity for all people?

Rashida Tlaib has made her decision, and so have I. Young Americans have had enough of blind support for Israel and the occupation. Along with my peers of young Jews in organizations like IfNotNow, I am committed to working to end our community’s support for the occupation and ensuring that we hear the full story.

To the rest of Congress, especially our Jewish representatives, it’s time to follow congresswoman Tlaib’s lead or get out of the way.

Elon Glickman, one of the 13 people who walked off of their Birthright trip this summer to go into the West Bank. He currently lives in New Orleans and organizes with IfNotNow, a movement to end the American Jewish community’s support for the Occupation.

I Walked Off My Birthright Trip. I Applaud Rashida Tlaib For Walking Off AIPAC’s.