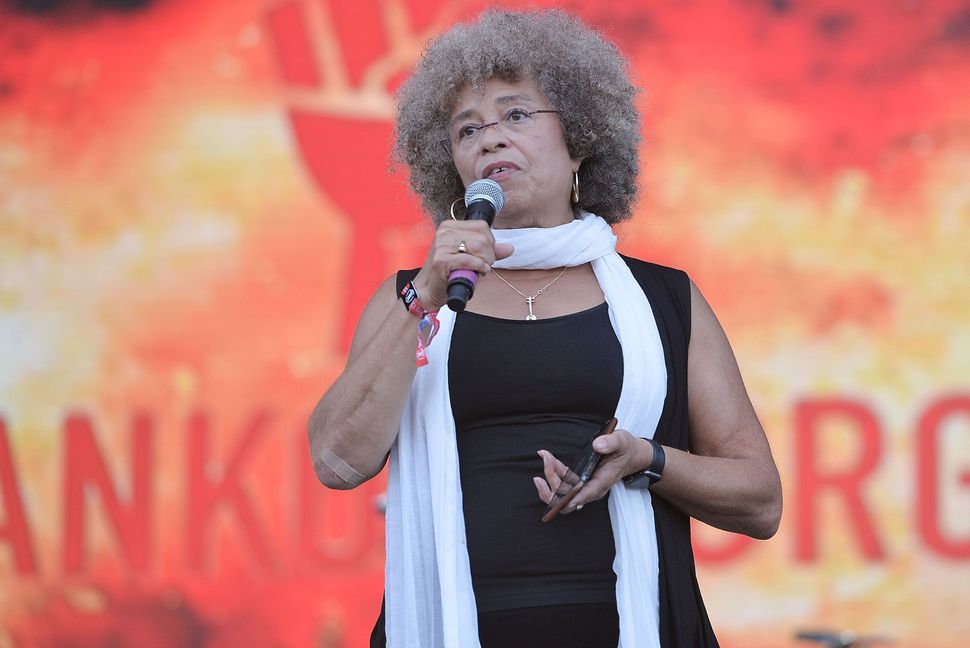 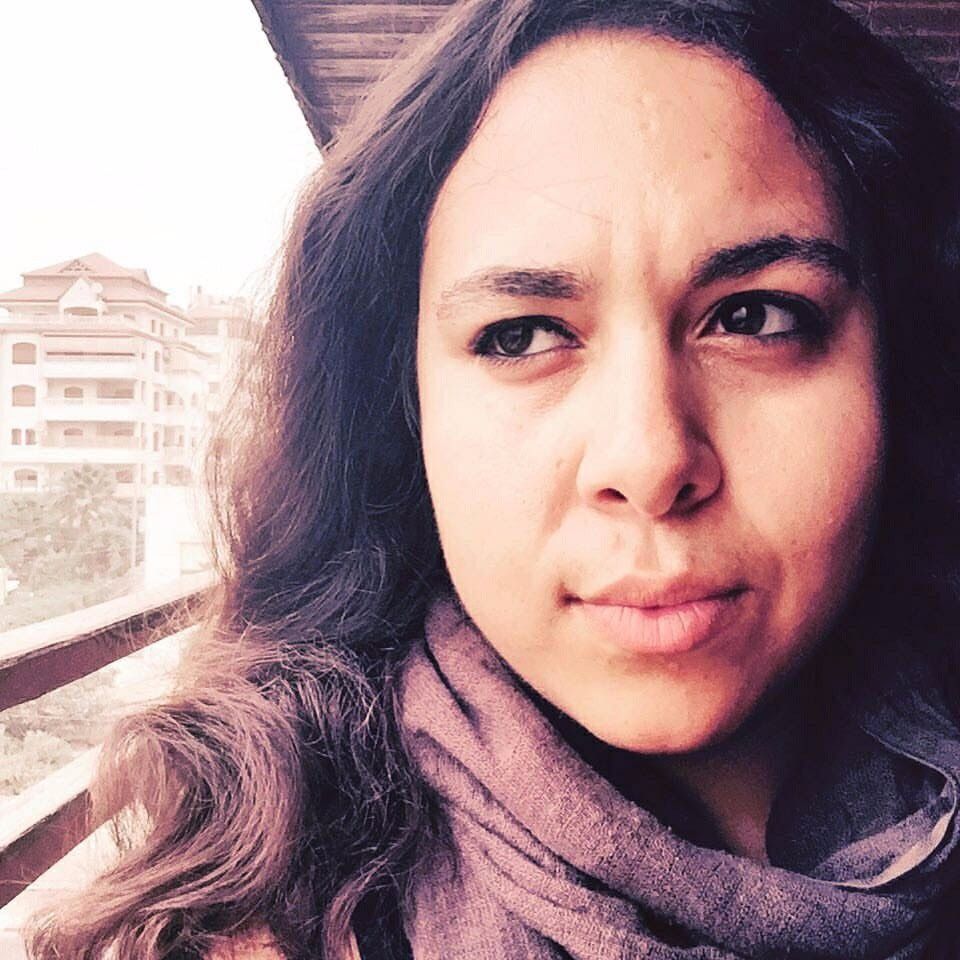 On Sunday, the Birmingham Civil Rights Institute announced that it was rescinding the 2019 Fred Shuttlesworth Human Rights Award it previously planned to grant to Black Power icon Angela Davis, and cancelling the annual fundraising gala where it is presented.

While the BCRI did not give a specific reason for the decision, local reporting and a statement from Davis herself suggests that the decision was made in response to complaints about Davis’ broad history of revolutionary politics — specifically opposition to her advocacy for Palestinian human rights.

While statements from BCRI claim opposition to Davis’ award came from all sides, local coverage of the decision and a statement from Birmingham’s Mayor (who sits on a governing body of BCRI), indicate that the pressure to rescind the award may have come in part from within the Birmingham Jewish community, as well as from white Christians conservatives, some of whom position themselves as “allies” of the Jewish community.

Many in the Jewish community are rightfully shocked and embarrassed at the idea that groups claiming to speak for us could have played a role in a prestigious and well-earned award being stripped from a Black icon like Angela Davis.

But we must also face the fact that the rhetoric and tactics employed by some mainstream Jewish institutions seeking to protect Israel from critique are not only steeped in anti-Palestinian racism, but also a very American history of white supremacy.

Even if no Jewish groups had intervened in the BCRI situation, the stage had already long been set to deny Davis on the basis of her politics on Palestine, because attacking Black-Palestinian solidarity in the name of protecting Jews has become the norm.

For years, lobbying groups like AIPAC have teamed up with neo-conservatives and Evangelical Christian Zionists to combat BDS and drum up support for Israel, and some local Jewish Federations have quietly funded far right organizations like the David Horowitz Freedom Center and Canary Mission, which seek to publicly shame and penalize pro-Palestinian students, academics, and activists.

In the post-Ferguson era, with it’s renewed focus on the decades-old relationships between Black Americans and occupied Palestinians, these groups have increasingly targeted Black activism. Davis herself has been targeted by DHFC poster campaigns on college campuses, which show her mugshot with the hashtag #StopTheJewHatred superimposed over it.

Still other organizations reflect the position of the “white moderate” that King implored his white Christian and Jewish brothers to leave behind in his Letter from Birmingham Jail. There he decried the type of ally “who is more devoted to ‘order’ than to justice; who prefers a negative peace which is the absence of tension to a positive peace which is the presence of justice.”

And yet, too many Jewish organizations claim to support Black anti-racist struggle while invoking many of the same white supremacist tactics to discredit Black solidarity with Palestine. Both seek to maintain “order” in the form of their preferred narrative on Israel, and sacrifice justice for both Palestinians and the Black community in the process.

It is also hard for many in the Black community to separate Davis’s loss of the award from the long string of Black activists publicly attacked for their support for Palestinian human rights. The most recent example of this is Black commentator Mark Lamont Hill, who lost a CNN job for comments made in solidarity with Palestinians at the UN, an act that not only sought to silence him on Palestine, but robbed a national audience of a vital voice on race in America.

The past few years have also seen a racist hyper-policing of any Black support for Palestine, with former ADL head Abe Foxman taking the time to personally admonish NFL star Reggie Bush to “stick to football” after he made an instagram post connecting Ferguson with occupied Palestinians.

This has also occurred on a community level. Following the police shooting of Mike Brown, the local JCRC worked to cancel a Ferguson area anti-police brutality event because it also included solidarity with Palestine.

And some Jewish groups have completely rejected solidarity with as wide ranging efforts as the Movement for Black Lives and the Women’s March due to their statements in support of Palestinians.

In policing these relationships, even well-meaning Jewish community institutions can sometimes operate neatly within the overall white supremacist structure, often invoking images of Black activists as extreme or uniformed on their own struggle, and failing to reflect on the reality of oppression that both communities are responding to.

These efforts can also wrongly conflate Black-Palestinian solidarity with a cartoonish image of anti-Semitism in the Black community, usually personified by Louis Farrakhan, that relies on stereotypes rather than engaging with the issues at hand.

The racist screed, founded almost entirely on inaccuracies and misrepresentations, attacked Prescod-Weinstein for noting that some Jews can in fact be white, and ended with a demand to “stay in her lane” and calls for a public harassment campaign that easily could have ended in firing.

It was one of a string of such articles rejecting any conversation about Jewish whiteness and white supremacy, many of which were premised on attacking Black activists within and outside the Jewish community for their support of Palestine.

Such wholesale attempts to shut down speech on Palestine are inherently racist, and ultimately poisonous to our own communities and discussions of race. We all must learn to face the challenging questions posed by today’s justice-seeking movements with grace, even when we feel slighted or misunderstood in the process, and reject harmful censorship campaigns from institutions purporting to represent our interests.

The decision to rescind the award came just days before a huge victory in the very struggles that Davis helped inspire. On Monday, the Governor of Tennessee announced he was granting clemency in the case of Cyntoia Brown, a young Black women and trafficking victim who was accused of killing a man who bought her for sex as a child, and became an important cause among social justice advocates who campaigned for her release.

In this context, the decision to rescind the award amounts to yet another attempted erasure of a Black women’s powerful voice, at time when her work and legacy could not be more relevant to the broader struggle for justice.

We are living in an era where it is becoming increasingly clear that all of our struggles are connected. This doesn’t mean that every alliance is an easy one, or that there won’t be challenges along the way. But embracing, rather than attacking, solidarity and accountability between communities is the only way forward in the face of rising fascism that depends on its insidious ability to play on our differences.

Throughout her life and work Davis has embodied that same spirit of indivisibility she so astutely called forth in her response statement, not only in her solidarity with Palestinians but also in her work with Jewish activists and scholars, which she cites as foundational to her own organizing an analysis.

For those of us wondering where the Jewish community fits into the broader struggle for justice, it can be right next to towering figures like Davis, if we choose to hear her call to reject white supremacy and collectively grasp our struggles at their roots.