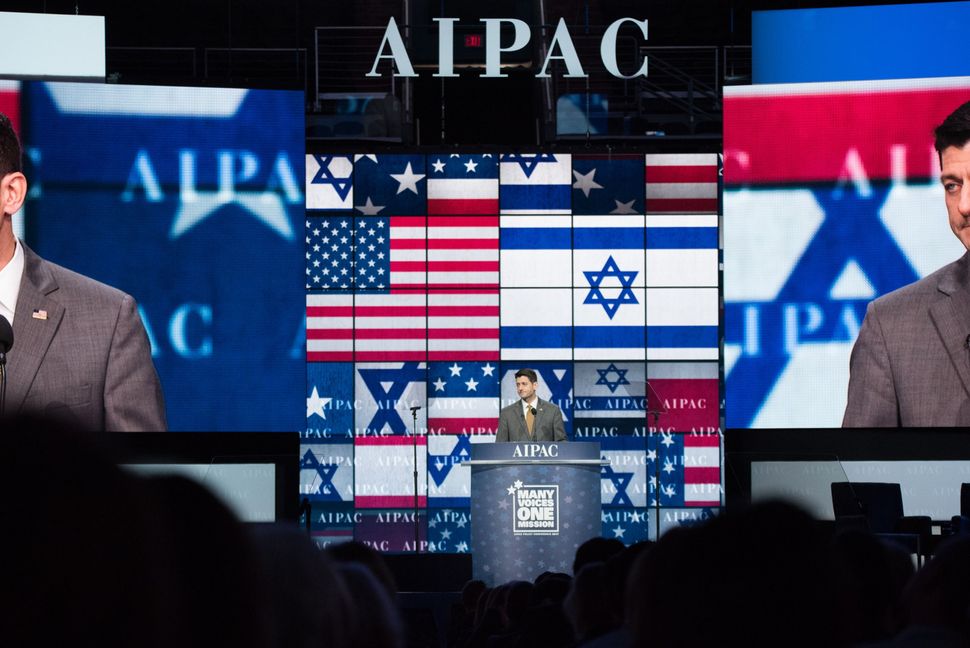 Ilhan Omar’s tweets blaming “the Benjamins” and AIPAC for U.S. politicians’ support of Israel launched a national conversation about anti-Semitic tropes, money in politics, and the role of lobbies in U.S. politics.

Many, including the entire Democratic leadership, felt that Omar’s words invoked an anti-Semitic trope. Her tweet conjured the image of a Jewish cabal using cash to control the levers of power, which was reinforced when she named AIPAC (in response to a query from me); in the wake of Democratic censure, Omar duly apologized.

But others felt that Omar needn’t have apologized, and defended her on the grounds that she was simply pointing out a fact: that AIPAC does lobby for Israel — hard — raising millions of dollars to lobby for what it considers pro-Israel policies on the Hill, and sending U.S. representatives on fancy trips to Israel to convince them to support the Jewish state. These voices have insisted that it’s not anti-Semitic to point out the truth and criticize the “Israel Lobby.”

Of course it’s not. AIPAC does have a lot of financial muscle. It is a powerful, well-run, well-funded lobby which is worthy of attention, discussion, and criticism. But it’s all about how you do it. Here are a few tips for avoiding anti-Semitic language while discussing the “Israel Lobby.”

Our entire history is littered with stories of entire Jewish communities being ethnically cleansed and murdered by people who accused them of scheming, money-grubbing, subverting the good of their countries for their own purposes, and causing whatever ill happens to be plaguing a society. It is a long and awful history, and the grammar of these accusations is one that most Jews recognize instinctively.

It was that long, devastating history that Omar evoked in her tweet, perhaps unwittingly.

For starters, AIPAC’s influence comes not from “Benjamins” or even from Jews, but from the American people, who are incredibly pro-Israel overall, especially on the right. What AIPAC leverages is not campaign contributions, which it does not make, but the already existing popularity of Israel among many politicians’ constituents.

Compare Israel to the Gulf state lobby and you’ll see how this works. As Evan Gottesman put it in Haaretz, “Spending on lobbying and PR efforts on behalf of several Arab governments well outpaced similar pro-Israel expenses last year. Yet you don’t see American officials parading their support for Saudi Arabia or the United Arab Emirates in front of voters.”

They don’t parade it because it’s not popular. So while AIPAC does have a lot of support, it is hardly controlling U.S. politicians with money. It is rather offering them a pro-Israel credential.

If this bothers you, your problem is not really with AIPAC, but with the millions of (mostly non-Jewish) Americans who want to know their elected officials support Israel unconditionally.

The best proof for this is that as Democratic support for Israel has been on the wane, so has AIPAC’s clout. The fact that all the Democratic presidential hopefuls save one – Amy Klobuchar – voted against legislation that would allow states to boycott Israel’s boycotters shows that AIPAC is not all-powerful, and that its abilities are on the wane.

Of course, AIPAC spends money. It spent around $3.5 million on lobbying in 2018. But as Aiden Pink has pointed out in these pages, most of its power comes from citizen activists and donors. This comes down to individual Americans looking to AIPAC to know how best to work on behalf of something that personally matters to them — as is their constitutional right.

Not everyone has to be up on all the details of different Jewish organizations. But if you want to criticize a people who have been literally mass murdered on the basis of the ideas you may be invoking, you should be careful to stick to the facts.

When it comes to AIPAC, be familiar with their successes as well as their failures, like their failure to stop the Iran nuclear deal. Surely if they were invincible, they could have found some Benjamins to use to stop that deal?

But if you want to avoid conjuring an anti-Semitic stereotype, even unwittingly, stick to the specifics.

If you’re upset the U.S. gives Israel unconditional support despite anti-Democratic measures like the racist Nation State bill and the entrenchment of the Occupation of millions of Palestinians, and that the U.S. makes no demands that Israel stop oppressing the Palestinians in exchange for the billions of dollars in aid we supply it, you’re not alone. Many Jews share this frustration. And as an American taxpayer, you are absolutely entitled to this non-anti-Semitic opinion.

So say that. Stick to actual things AIPAC does in your criticism. Talk about specific problems you have with Israel’s conduct and the U.S.’s support of that conduct, and the people who lobby for this support. Be specific about the things you wish AIPAC, or the U.S. government didn’t do.

Do not allow your criticism to balloon into the kinds of vague attacks that well-known anti-Semites use when discussing Jews.

As Pink notes, the pro-Israel group with the largest membership is Christians United for Israel.

If there were no vigorously Zionist Christian right, there would be no AIPAC. Or rather, AIPAC would not have the clout it does. AIPAC leverages the pro-Israel sentiment of non-Jewish Americans in order to push for what it views as pro-Israel policies.

And the U.S.-Israel alliance is not really about Jews, either. As many have written, Israel became a key ally for the United States in the fight against the Soviet Union. “Wars between Israel and the Arab states were seen as testing grounds for American- and Soviet-made weapons,” Bent Sassley wrote in the Washington Post. And in the wake of 9/11, the war on terror became another common thread that tied the two countries together. No doubt, this thrills the vast majority of American Jews. And yet, it is not for them.

In blaming Jews for your favorite bête noir, even when it is not Jews but their Christian neighbors who make it happen, you are falling again into a well-worn anti-Semitic trope — the myth of Jewish omnipotence.

One of the most unfortunate responses to the Omar brouhaha was how many people came out to say that Omar was right – because Jews do use money to silence criticism of Israel.

This is deeply disturbing. It’s a gross combination of gaslighting and repeating the very things that have horrified Jews in the first place.

Don’t double down on Jewish stereotypes. If in your denials that you’re being anti-Semitic, you find yourself accusing Jews or “Zionists” of using their power and money to smear and silence you, think about how that looks to us.

We must certainly be mindful about using the accusation of anti-Semitism, and vigorously police against its use to stifle debate around Israel. There should be debate about Israel, and the role of lobbying in the U.S.

We must also be mindful of how accusations of anti-Semitism are disproportionately flung at prominent people of color, especially leaders in the black community who are often smeared as anti-Semitic even when they are only criticizing Israel.

And we must be mindful of the way the response to Omar’s tweet was weaponized by people who themselves have generated anti-Semitic tweets and memes, people like Republican House Leader Kevin McCarthy and even President Trump who have faced no consequences for their own anti-Semitic comments.

But we can do all these things while having a zero-tolerance policy on the left for anti-Semitic tropes.

If you’re upset about the plight of the Palestinians and Israel’s horrific descent into ethnonationalism at the expense of its minorities, so am I. But defending anti-Semitic tropes is not the way to end the occupation.

The opposite is true, in fact. Making the left toxic for Jews is one of the worst things you can do. Not only is it racist, but it only reinforces our community’s most hawkish tendencies.