What Constitutes Anti-Semitism? While The Debate Rages On, Black Communities Pay The Price. 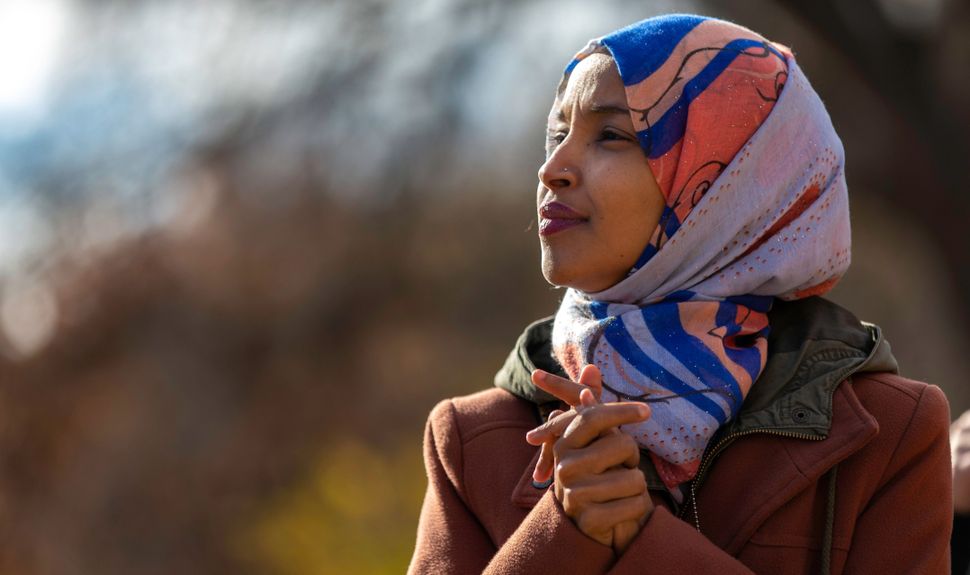 Last week, Minnesota Congresswoman Ilhan Omar blamed AIPAC for U.S. politicians’ support for Israel. “It’s all about the Benjamins” she wrote on Twitter, sparking a firestorm of accusations of anti-Semitism.

Whether we agree with Rep. Omar’s ill-fated batch of tweets or not, and whether we believe what she said was anti-Semitic or not, we missed an important, teachable moment about what exactly constitutes anti-Semitism. It’s a topic about which there is a significant lack of clarity, a confusion for which Black leaders keep paying a hefty price.

Instead of that conversation, perhaps in a bid to claim social media superstar status and award for cutest clapback, Omar ended up trapped in the knotty lure of digital vanity, a moment she’s certainly regretted since then, as her apology would indicate. In many respects, “It’s all about the Benjamins” stood out more for its utter clumsiness than what her critics — pro-Israel, pro-Jewish and hypocritical conservatives alike — insist it was. Certainly, the honeymoon period for Omar is now over. She is being rapidly dissolved into a caricature, her public image bullied by a convergence of forces beyond her control. Instead of being viewed as a formidable legislator, she’s being cast in an ugly misrepresentation as an anti-Semite intent on Israel’s destruction.

From the broader Black perspective, this is a familiar playbook.

Many believe this moment is simply another instance in a pattern of open season on Black leadership and discourse. Tensions between Jewish and Black communities have bubbled up over a rash of public spats involving high profile Black political leaders accused of anti-Semitism. Tamika Mallory, Marc Lamont Hill and Angela Davis have all been accused of anti-Semitism this year, and we are long overdue for a conversation about what exactly constitutes anti-Semitism.

The Black view on the subject is understandably irate. While outrageous, the insidious reflex to beatdown Black leaders is nothing new.

African Americans perpetually brace for what’s accurately characterized as coordinated “set-ups” and the constant target scoping of Black political figures; the more outspoken and persuasive they become, the larger the target.

Black elected officials, especially, have always been vulnerable and disrespected historically. And so, even though Omar’s tweet was ill-advised, the scrutiny she has faced and is facing has anti-Black historical baggage that must not be erased.

Omar could have used Twitter as a vehicle to offer some hard-to-argue-with reasoning about the continually dreadful situation in the Middle East; obviously, there’s always been a big problem in that part of the world which seems to drag everyone else, including the United States, into its orbit. Instead of hip-hop-cryptically lifting famous club tunes, she should have taken the opportunity to offer a primer on Israeli government policy towards Palestinians, as well as a sobering, yet enlightening education on how organized advocacy and lobbying in Washington works.

If you have a beef with AIPAC, then have at it. But “ante up,” Congresswoman (since we’re channeling beats and rhymes). Come at it correctly, expansively and accurately; rather than cite Diddy, have your Center for Responsive Politics’ references and others on speed click.

Instead, what could’ve been an open-sourced civics lesson turned into a car accident.

The lesson in all this is not that Omar is anti-Semitic, nor that what she said was perfectly fine. It’s rather that we need universal recognition of ground rules when discussing anything Israel – or any serious subject for that matter.

Responsibility falls on both sides of the debate. Pro-Israel and Jewish community advocates should be understandably concerned when there’s a hint of questionable rhetoric because the horror of losing six million plus family is still just about 80 years fresh; that’s not a long time ago. Critics, particularly Black voices, on Israel better be well versed in every angle of that topic before stepping into it.

Still, Israel is a sovereign, fully functional government, just like lots of other sovereign governments. Governments, by their nature, are imperfect. Sometimes they’ll make mistakes. Other times they’ll shape policy and act in ways that are designed (either positively or diabolically) for their own self-interests, for better or for worse.

Sometimes those interests put other people at risk. And like any other sovereign government on the planet, they should expect the occasional bruising critique on a wide range of issues, from people outside of their borders and from people within. That’s just the way it is. Absorbing criticism of government or the policymaking that shapes it — the good, the bad and the ugly — is as much a part of governance as anything else.

Jewish community leaders need to ask themselves: Have we sufficiently educated the American public on what, exactly, constitutes an anti-Semitic remark? Part of the problem is an assumption that we all know when, clearly, we really don’t know.

That assumption has become an increasingly unfair and visibly destructive burden on the Black community, in ways that have not burdened other communities. Lately, that’s reached an inflection point.

The expectation is that given their historical, ongoing battle with racism, Black folks should just naturally know. But African Americans already have quite a bit on their plate, if you hadn’t already noticed: Exhausted from and preoccupied with their own routine struggles with systemic racism, there are moments when other group struggles may not register.

That’s not to say that it won’t ever register — and, yes, you will get an empathetic ear when it does. It is, however, pointing out that in some of these situations, you’ll need to forgive lapses in judgement or momentary ignorance as nothing personal, as opposed to automatically viewing it as “anti-Semitic” when it’s probably not, and when many don’t even know what that is.

Rather than surveying American, particularly Black American, attitudes on what’s happening in the Middle East, maybe it’s time to poll an essential question: Do you know what “anti-Semitism” means?

African Americans still find themselves, 400 years later, having to explain what constitutes a racist remark or act. Too many Americans still believe that stereotyping, dehumanizing and systematically targeting Black people is acceptable; indeed, a sitting governor of a major state couldn’t even say the word “slavery” shortly after he came under fire for wearing blackface.

Perhaps a greater reciprocation of open outrage and condemnation from Jewish community leaders during those moments would encourage greater understanding.

In the case of Rep. Omar or Tamika Mallory or Angela Davis or Marc Lamont Hill, it’s likely they weren’t as deeply immersed in the definition of what’s “anti-Semitic” as assumed. That said, Black public figures and political leaders will also need to better navigate the debate.

We already know this conversation will, predictably, hit a sore spot. Perhaps it’s best to reconsider the structure of reasoning, relying less on social media snark or noisy soundbites and more on a real clinical dissection of Israeli government policy towards Palestinians.

That’s not suggesting critics should dilute their critiques, arguments or counter-arguments. We get it: There is fear that getting too heady with it can lose an audience. But complicated geopolitical issues deserve complex debate, instead of clever shades and digital hit-and-runs.

Every exchange should be an opportunity for everyone listening to walk away from it feeling as if there is, finally, a way to resolve it. Figure it out soon, because the rest of us are exhausted.

What Constitutes Anti-Semitism? While The Debate Rages On, Black Communities Pay The Price.