Yes, There’s Anti-Semitism In Labour. No, Those Politicians Didn’t Quit Over It. 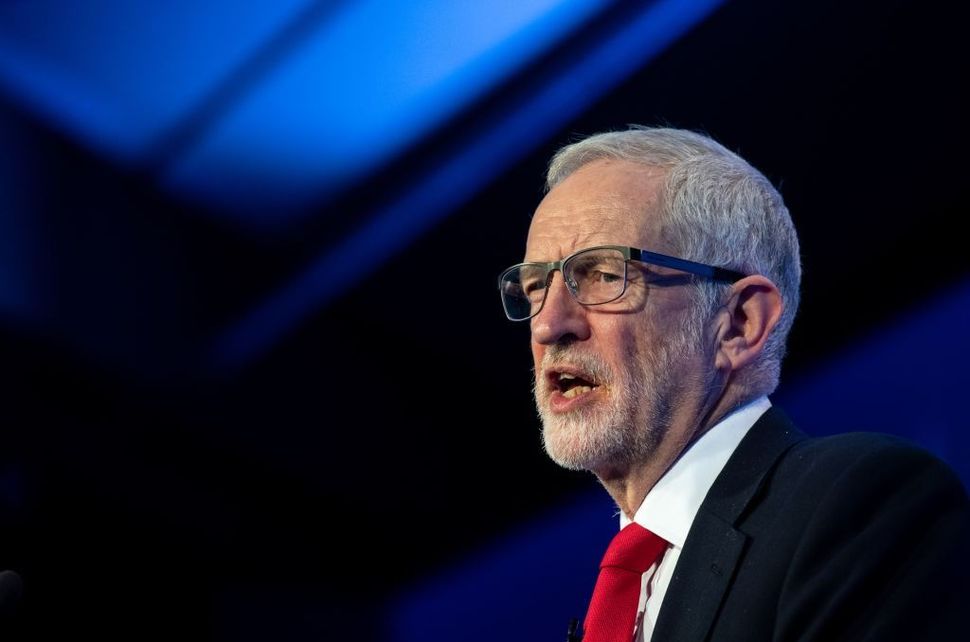 On Monday, seven Members of British Parliament quit the Labour Party in an act of rebellion against Jeremy Corbyn’s leadership. They cited, among other things, anti-Semitism in the party, which they claim has become “institutional.” The seven MPs have dubbed themselves “The Independent Group.”

Many on the left, and the Jewish left, have been quick to condemn the group as a bunch of Blairites primarily interested in furthering their own careers, who are — once again — manipulating anti-Semitism and the hearts and minds of Britain’s Jews to discredit the Corbyn Project.

It is hard not to share this cynicism. The Independent Group’s statement, released online shortly after they announced their resignations, is an ambiguous list reiterating vague Liberal principles espoused across the world by all centrist politicians. They believe in free media, the rule of law, parliamentary democracy, protecting the environment, a mixed-market economy and investment in public services — hardly revolutionary stuff.

“Our aim is to pursue policies that are evidence-based, not led by ideology, taking a long-term perspective to the challenges of the 21st century,” they declared, and they do not appear to have any policies.

The one thing that the Independent Group’s statement makes clear is that they oppose the socialist direction taken by the Party under Corbyn. Stating that “Britain works best as a diverse, mixed social market economy, in which well-regulated private enterprise can reward aspiration and drive economic progress,” they go on to argue that this will allow government to invest in and protect public services like the NHS. Pointing to the Blairite project in which “investment” in public services meant selling large chunks of them off to private organizations, this empty statement is an insult to the huge number of Britons who are suffering under a dismantled, inadequate welfare system in which the interests of investors are put before those of service users.

Indeed, it is the failures of and suffering caused by New Labour that have led so many to support Corbyn, or to abandon Labour entirely and shift towards the right.

The Independent Group and their supporters represent an ignorant, optimistic “centrism” that stubbornly refuses to recognize that neo-liberal social democracy, like its early twentieth century predecessor, has failed. The politics they stand for, in which individual freedoms and a thriving, regulated market economy gives everyone the opportunity to create their own, prosperous communities, is not an “evidence-based” manifesto for the 21st century, but an empty promise that has never existed in reality.

The split was supposedly triggered by racism — specifically anti-Jewish racism. But on this front, the Independent Group have already become a laughingstock. Yesterday, one of their members, Angela Smith, described people of color as “a funny tinge” on live BBC news yesterday evening. Sounding like she had just learned about racism from a children’s textbook and was trying to remember what she’d read, Smith championed the needs of Britain’s Jews, pointing out that you don’t need to be “black or a funny tin… you know from the BME community” in order to suffer racism.

Smith, who last year tried to discredit Corbyn for attending Jewdas’ “seber” night, doesn’t seem to know anything about Jews, minorities or racism, and it is therefore difficult to see her stance on it as anything other than a cynical attempt to turn voters against Corbyn.

However, at the same time, the fact that the Independent Group cited anti-Semitism as one of their key reasons for quitting Labour cannot and must not be ignored. Among the seven is Jewish MP Luciana Berger, who has suffered an increase in anti-Semitic abuse under Corbyn’s leadership, intensifying over the past year as she became one of the main voices calling out anti-Semitism in the Party.

Just over a week ago, her local party tabled a no-confidence motion against her, with one of her opponents describing her as a “disruptive Zionist.” Discussion of the issue in Labour Facebook groups was also rife with anti-Semitic comments, questioning her loyalty to Britain, her attempts to “control” the party and suggesting she should “fuck off to Israel.”

It should be noted that the majority of the abuse suffered by Berger has come from outside the Party, from social media trolls and the far right, and that the central Labour Party acted against her local branch, accusing them of “bullying” her and forcing them to withdraw the no confidence motion.

Still, Corbyn and Labour have frequently dithered and been too slow to act over instances of anti-Semitism in the Party, and Berger is far from the only Jewish member to have lost her patience.

Under the leadership of Corbyn, an outspoken critic of Israel who has himself made many mistakes when it comes to anti-Semitism, the extent to which anti-Semitism still festers on the left has been exposed in all its ugly glory, and we have to keep fighting it. It is up to each of us if we want to do that from within the Party, outside of it or — as is my current preference — from a fully-automated-luxury-space-kibbutz on the moon. (You think I’m joking, but it’s no more fanciful than the Independent Group’s dream of a capitalist economy that helps the poor.)

Unfortunately, anti-Semitism is not isolated to the left or the Labour party. Believe me, if I thought that ousting Corbyn could get rid of anti-Semitism, I’d be right there with them. As black Labour MP and Corybnite Dianne Abbott, who has endured far more racist and sexist abuse than arguably any other UK politician, will tell you, racism is rife in UK politics.

Furthermore, many Jews reacted to news of the Labour Party split with fears that it will embolden anti-Semitic arguments that Jews are acting in our own self-interest to break up British politics, demonstrating that anti-Semitism is a much bigger societal problem than previously believed, that is increasingly coming out of the woodwork in Britain and elsewhere.

And yet, the Independent Group’s approach won’t help tackle anti-Semitism in Britain. By equating anti-Semitism with “ideological politics” like the socialism of Corbyn’s Labour Party, the Independent Group are playing a very dangerous game, one which anti-Semites themselves have been playing for years. Once again, social democracy is in crisis, and once again, Jews are being put in the spotlight of that crisis. Rather than moving away from the politics of the twentieth century, it seems to me more like history repeating itself.

With Brexit revealing the deep divisions in British society, and Parliament and Government incapable of finding a solution, it’s hard to disagree with the Independent Group’s assertion that “politics is broken.” But a splinter group of seven MP’s with no policies isn’t going to fix anything. By discrediting socialism and naively clinging on to the failed and empty politics of a neo-liberal elite, politicians like the Independent Group seven are not saving centrism; they are paving the way for the resurgence of the far right.

Yes, There’s Anti-Semitism In Labour. No, Those Politicians Didn’t Quit Over It.