Why Does Congress Care More About Jewish Feelings Than Palestinian Rights? 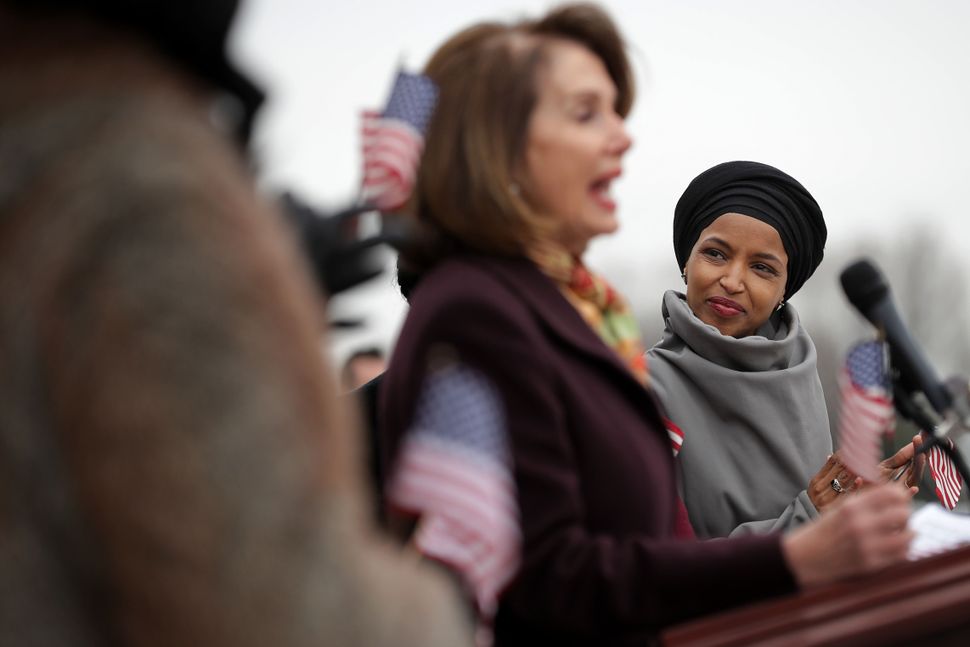 Late last month, in between the firestorm over Congresswoman Ilhan Omar’s comments about AIPAC’s influence being “all about the Benjamins” and the firestorm over her comments about “allegiance to a foreign country,” the United Nations issued a report into Israel’s killing of 189 Palestinians — some of whom were journalists and health workers, and 35 of whom were children — and injuring of more than 9,000 during protests last year in the Gaza Strip.

The report, which was based on 325 interviews and over 8,000 documents, alleged that, “Israeli security forces killed and maimed Palestinian demonstrators who did not pose an imminent threat of death or serious injury to others when they were shot.”

It suggested that the killings may constitute a crime against humanity.

The United States is not a bystander in this. For many years, Israel has used American weaponry in Gaza: Apache helicopters, F16s, bunker busting bombs. Amnesty International has questioned whether Israel’s use of such weapons violates the Arms Export Act of 1976, which requires that American-made weapons not be used for “violations of internationally recognized human rights.”

None of this means Congress should take the UN report as gospel. The UN is a flawed institution populated by many regimes that don’t like Israel, and its evidence should be thoroughly interrogated.

But Congress didn’t debate the report. It didn’t investigate its claims. It pretended that it did not exist.

That’s almost always the case when it comes to Palestinian human rights. Over the last three weeks, in response to Omar’s comments, the House has voted twice to decry anti-Semitism.

But when I asked a longtime observer of congressional policy towards Israel whether they could remember a single congressional hearing devoted to Palestinian human rights — not a bill, just a hearing — they recalled only one in the last two decades.

Israel’s blockade of Gaza began, arguably, in 2006. Last year, for the first time, senators sent the White House a letter (mildly) expressing their concerns over its humanitarian effects.

Why, one might ask, are these subjects mutually exclusive? Why can’t Congress criticize Omar’s words while also criticizing the denial of human rights to millions of Palestinians living under Israeli control?

In theory, of course it can. The problem is that, in practice, “pro-Israel” groups and their political allies again and again seize on the language critics use to discuss Israel to evade and delegitimize the substance of their criticisms.

In 2016, when Georgia Congressman Hank Johnson, after returning from the West Bank, compared settlements eroding the two state solution to “termites” that have “eaten up” a “residence,” “pro-Israel” groups called his language anti-Semitic, and forced him to apologize, thus diverting attention from his actual point, which was that Israel is expropriating the land on which Palestinians hope to build their state.

During the Omar controversy, commentators have held up Minnesota Representative Betty McCollum as an example of someone who criticizes Israeli policy without flirting with anti-Semitic tropes. But when McCollum used the word “apartheid” to describe Israel’s denial of rights to Palestinians, she was accused of anti-Semitism too.

This elevation of Jewish feelings over Palestinian rights has reached its apex in the Trump administration. In its efforts to fight bigotry on college campuses, Donald Trump’s Department of Education has begun using a definition of anti-Semitism that includes “Drawing comparisons of contemporary Israeli policy to that of the Nazis” (even though several top former Israeli security officials have done just that).

For the United States government, therefore, comparing Gaza to a concentration camp constitutes a greater offense than imposing a blockade that, according to the UN, will make the Strip unlivable by 2020.

This same technique has now been used against Omar.

It is no coincidence that the Democrats who this week drafted the initial resolution condemning her were Eliot Engel, whose campaign committee in the 2017-2018 legislative cycle received more money from “pro-Israel” groups than from any other industry, according to opensecrets.org, and Ted Deutch, for whom “pro-Israel” groups constitute the third biggest givers.

In 2014, Politico reported that Engel had attended AIPAC’s policy conference for 27 straight years. In 2015, he and Deutch were among only 25 House Democrats who sided with AIPAC against the Obama administration by opposing the Iran nuclear deal.

In the same speech in which she talked about “allegiance to a foreign country,” Omar observed that, “we never really allow space for the stories of Palestinians seeking safety and sanctuary to be uplifted. And to me, it is the dehumanization and the silencing of a particular pain and suffering of people, should not be ok and normal.”

The attack on Ilhan Omar is part of that silencing.

That’s because, in Washington in 2019, bigotry against Palestinians — even that bigotry that kills — is still considered “OK and normal.”

If the victims are Palestinian, it’s not considered bigotry at all.

Why Does Congress Care More About Jewish Feelings Than Palestinian Rights?