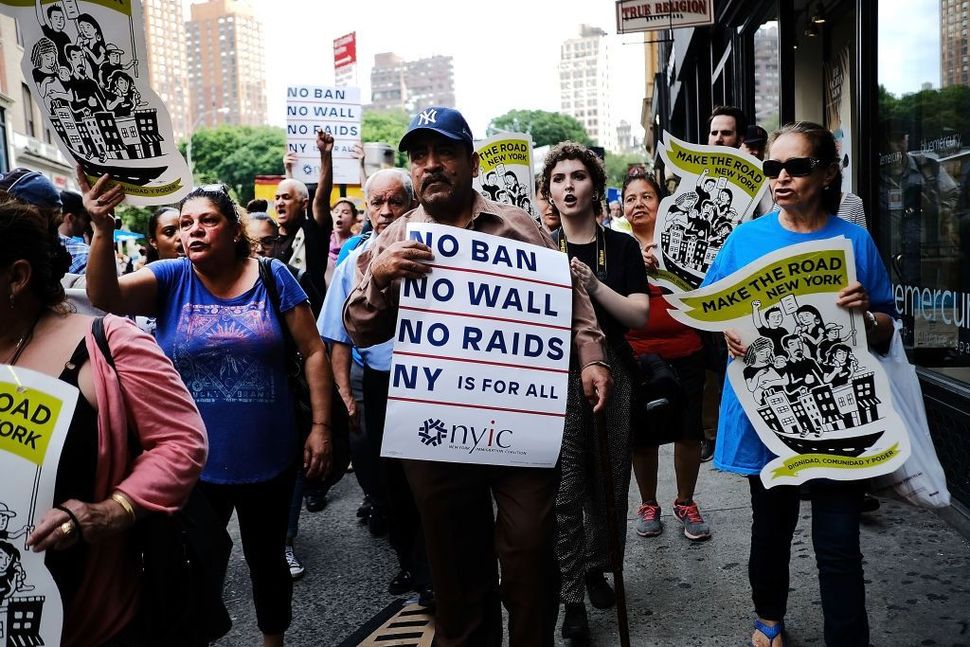 NEW YORK, NY – JUNE 29: Recent Immingrants join activists for an evening protest in Manhattan hours before a revised version of President Donald Trump’s travel ban that was approved by the Supreme Court is to take effect on June 29, 2017 in New York City. Hundreds of protesters marched through the streets demanding and end to the ban which prohibits for 90 days the entry of travellers from six predominantly Muslim countries: Iran, Libya, Somalia, Sudan, Syria and Yemen. The court granted an exception for people with ‘bona fide relationships’ in the United States. (Photo by Spencer Platt/Getty Images) Image by Getty Images 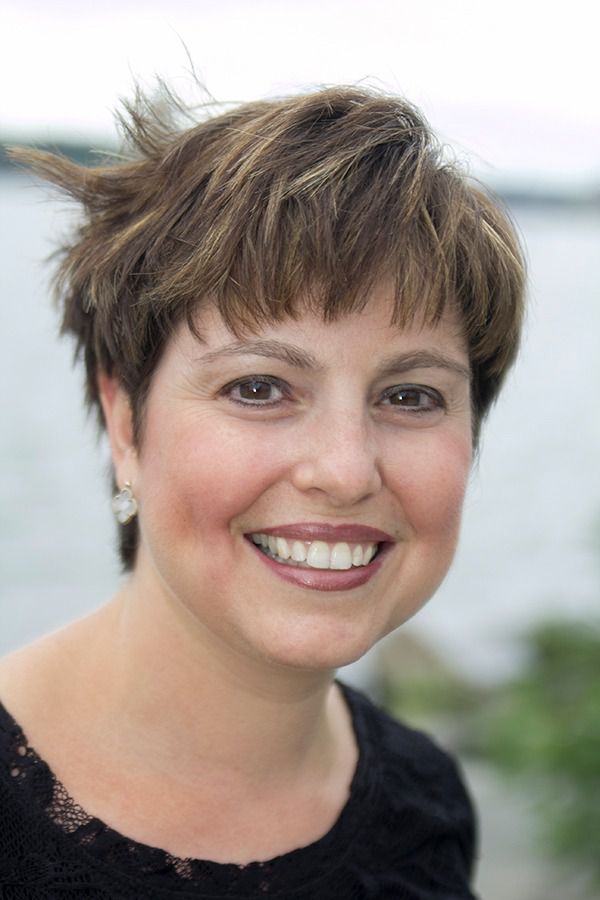 Immigrants and refugees in the United States are under attack and the Jewish community must stand up, speak out, and take action to protect the 21st century successors to our own immigrant ancestors. Memories of our own community trapped in Eastern Europe last century, with the United States borders closed, still haunt us, and must inspire us to take action to protect refugees and immigrants seeking sanctuary in our country.

We have seen a rise in xenophobic hate speech and white nationalism, as the Trump Administration targets immigrants and refugees, scapegoating them for all that is not working in the U.S. These attacks are without any underlying fact. The bigoted rhetoric, however, that has swept our country has resulted in the closing of U.S. borders to those who most need our protection, and the targeting of immigrants everywhere for incarceration and deportation. All of us have seen the horrible footage of families being torn apart at the border, or as Immigration and Customs Enforcement (ICE) lies in wait for immigrants to drop off their kids at school.

What we don’t always see are the 752,000 immigrant New Yorkers who have been prohibited from applying for a New York State driver’s license, who are then forced to choose between providing for their families’ needs and breaking the law. We are not seeing these New Yorkers being taken into custody after a routine traffic stop, and possibly being sent back to a country from which they fled and have applied for protective asylum. We are not privy to the pressure they are under due to the prohibition against applying for and being able to take a road test for a NYS Driver’s License. A recent poll by Siena College asked New Yorkers how they felt about licensing undocumented immigrant drivers. What the poll did not ask is if they favor forcing their neighbors to risk a jail sentence every time they leave home and go to work or take their kids to school.

For most New Yorkers, a driver’s license is a necessity of life – required to get to work, take kids to the doctor, and reach a supermarket to put food on the table. Every time any of these 752,000 New Yorkers get behind the wheel, it puts them at risk of arrest, incarceration, and deportation. These immigrants are undocumented; however, many of them have filed for asylum, visas, and U.S. citizenship. They are not living outside of the immigration system, but legitimately seeking documentation from our government.

Just this month, New Yorkers including Dalila Yeend spoke out about the hardships of being unable to drive their children to the doctor when they experience medical emergencies. Dalila has two children, one with special needs. Dalila ultimately had to drive without a license, was detained by ICE after a minor traffic stop, and then separated from her children for months.

Victor Cortez, a farm worker in a rural part of New York without access to public transportation, was injured on the job and unable to get to the hospital for medical treatment for two days because he didn’t have a license.

As a progressive Jewish organization founded in 1900 by immigrants seeking safety and a better life in the U.S., the Workmen’s Circle is acutely aware of the Jewish tradition of welcoming strangers into our home and treating them with compassion. Our history charges us to create a world that welcomes and supports immigrants arriving at our doorstep, just as we wish our immigrant ancestors had been welcomed and protected.

Today, the Workmen’s Circle proudly continues this tradition of advocating for immigrants by being a member of the Green Light NY Coalition, a group of organizations committed to advocating for equal access to driver’s licenses for all residents of New York State and supporting legislation before the New York State Assembly and Senate to make this a reality.

It is crucial that Governor Andrew Cuomo, who has committed to protecting immigrant families seeking the American Dream, honor his commitment to welcoming all immigrants by putting actions behind his words and swiftly signing this legislation so that New York State remains a beacon of hope and opportunity for one and for all.

Ann Toback is the Executive Director of the Workmen’s Circle.

Ann Toback is the Executive Director of The Workmen’s Circle.