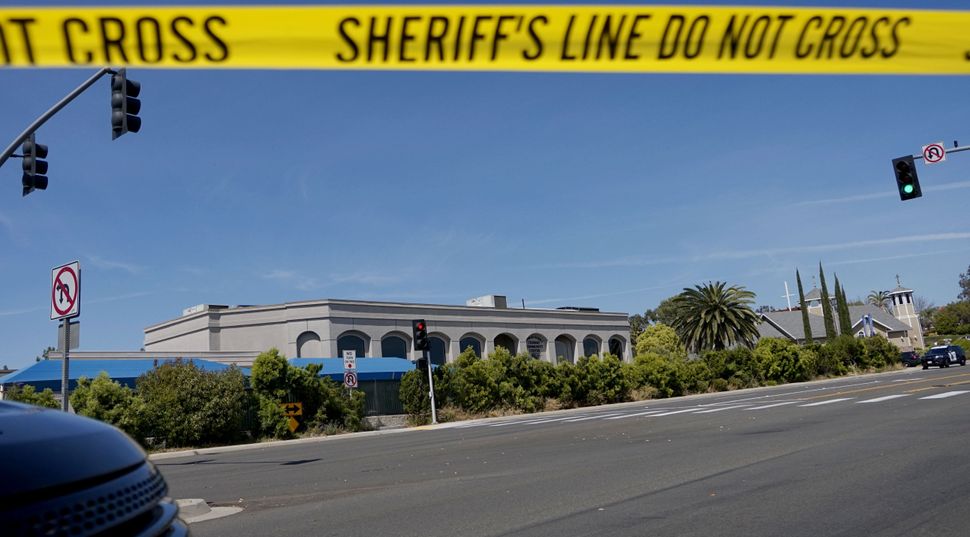 The United States Constitution, and the government sworn to uphold it, is not protecting its citizens.

It did not protect Lori Gilbert Kaye, the 60-year-old woman with a kind smile and a generous disposition, who was murdered by an anti-Semitic terrorist as she prayed in synagogue yesterday, the final day of Passover.

It did not protect the others who were injured in this horrific hate crime, including the rabbi who bravely continued to teach and implored his Chabad congregation to stay strong.

Just like it did not protect the 11 worshippers who were similarly murdered in their Pittsburgh synagogue exactly six months ago.

Anytime there is a hate crime inspired by extremist online discourse, committed with an assault weapon, targeting a vulnerable minority — this time Jews, but other times African Americans or Muslims or gays and lesbians or random children in a school — it signals a total abnegation of the central job of the federal government: to protect its people.

The elected officials charged with this responsibility have failed us. They have failed by hiding behind a perverted, outdated, self-serving view of the Constitution that allows the carnage to continue and continue.

To these officials – from the President, to the Congress, to state lawmakers and county officials — I say, spare me your thoughts and prayers. We don’t need your pious Tweets. We need you to do your job to protect us.

Anti-Semitism is a real threat in this country now, far more so than any moment in my lifetime. Black churches are burning to the ground. Mosques are under fire. Children cannot attend school without genuine fear.

A virulent white nationalism is allowed to fester in an Internet netherworld that resists real responsibility for the hateful discourse it spreads. When this toxicity is paired with the ridiculously easy access to assault weapons — as it appears to have happened in the case of John T. Earnest, the accused gunman in yesterday’s shooting — we get Poway, California.

And Pittsburgh, Pennsylvania. And Escondido, California. And Opelousas, Louisiana. And Parkland. And Newtown. And so on.

Scholars have noted that the Constitution was drafted by people who defined rights as “negative rights” — the right not to be subject to force or coercion, from a government or another human being. There is less emphasis on “positive rights,” in which government is obliged to ensure that citizens have the freedom to live lives of dignity, equality and security.

We need to hold our elected leaders accountable to ensure those positive rights, too, and to create a balance between the rights of a few people to sow hate and stockpile guns with the rights of the rest of us to be protected.

I saw a brilliant, inventive play last night that, while framed differently, drove home this concept with searing relevance. “What the Constitution Means to Me” is a chronicle of the legal subjugation of women by men permitted, even passively, by our revered founding document. Yet, Heidi Schreck — who wrote and starred in this largely autobiographical play — argues with tremendous wit and insight that the Constitution should redress the injustices that she and the women in her family suffered at the hands of men.

Just like the law should protect the young black woman who shares the stage with her at the end of the production.

Just like it should have protected the worshippers in Poway, California.

We’ll never rid the world, or this country, of anti-Semitism. But we can do far, far more to make sure that it doesn’t spread like a viral wildfire online and find deadly expression in assault weapons that no ordinary citizen should have the right to own and use.

Jane Eisner is the Forward’s writer-at-large. Contact her at [email protected]