Why Do Jews Have To Be Murdered For You To Admit Anti-Semitism Is Real? 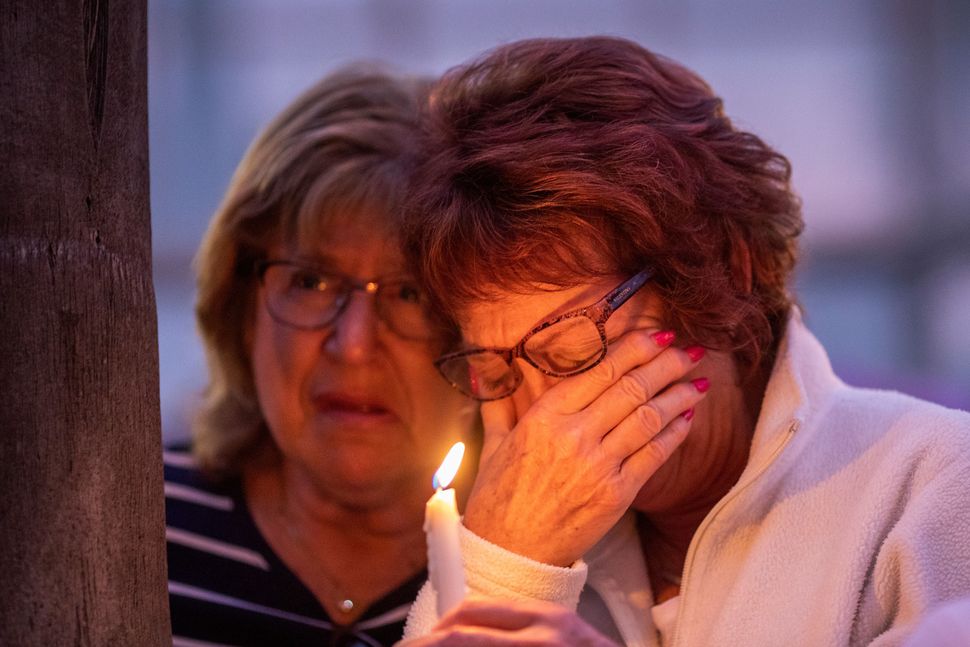 For the second time this year, a white supremacist marched into a synagogue and shot it up. On the six-month anniversary of the deadly shooting in the Tree of Life synagogue in Pittsburgh, a copycat inspired by that attack marched into the Chabad of Poway and opened fire.

In the wake of the horrific attack, many were the forceful condemnations of hate. I’ve read meaningful, painful expressions of solidarity.

But one disturbing phrase kept popping up. Everyone from Presidential Candidate Kamala Harris, Republican Senator Tim Scott, Democratic Representative Ted Lieu, and even Jewish writers and activists felt the need to announce: “anti-Semitism is real.”

Hearing this didn’t make me feel better. It made me feel worse.

Of course, anti-Semitism is real. That should go without saying. According to the Anti-Defamation League, over one billion people in the world harbor anti-Semitic attitudes. These hateful thoughts are leading to real atrocities; 2017 was plagued by 1,986 anti-Semitic hate crimes, plus a march where hundreds of white nationalists, white supremacists, and neo-Nazis came together to chant that “Jews will not replace us.”

This problem isn’t confined to South Carolina. I went to high school in New York and college in Los Angeles; both of the buildings where I went to school have been branded with spray-paint swastikas.

When the Chabad of Poway was attacked, American Jews hadn’t gone six months since a white supremacist last stormed into a synagogue and killed the Jews inside. We hadn’t gone a full day since The New York Times had to apologize for publishing an anti-Semitic cartoon.

I shouldn’t be able to roll out these statistics and offenses off the top of my head. But I, like most Jews I know, am constantly forced to “prove” that my community is under siege.

Every time I speak up about anti-Semitism, I’m gaslit by people who deny it exists. They even go so far as to accuse me of fabricating false allegations of hate in bad faith.

In other words, not only is there a furious spike in hatred against Jews in this world; there is also a ferocious movement to deny that it is happening.

Jews no longer just face a fringe squad of maniacs who pretend the Holocaust was a hoax; anti-Semitism denial is a widespread epidemic.

This morning, my mother told me that she’s too afraid to step into a temple again. She has good reason to panic. Lori Gilbert Kaye, the woman who was shot dead in Poway, is right around her age. She left behind a daughter who’s mine. They could have been us; in some ways, they were.

Instead of crying with my mother, I spent tonight regurgitating statistics, pointing to today’s tragedy as evidence that our panic isn’t paranoia, that it shouldn’t take Jews getting murdered for people to recognize anti-Semitism.

But it does. So every time an anti-Semitic tragedy strikes, I feel compelled to broadcast it as evidence of the atrocities Jews face. I’m not the only one who so feels that way. Even Audrey Jacobs, a close friend of Kaye who expressed her loss in a Facebook post, took the time to repeat “anti-Semitism is real” in its final lines.

We wouldn’t be compelled to state that “anti-Semitism is real” if people weren’t actively declaring that it wasn’t.

Like Jacobs, I mourn for Kaye, who was executed for the crime of being a Jew. I mourn for my entire community, who don’t feel safe in our own houses of faith or supported, neither by our President nor by the social justice organizations that oppose him. But I also mourn for our ability to process our pain privately and on a personal level.

Anti-Semitism has become so normalized that we have to paint the picture of Jew-hatred with fresh Jewish blood. There’s no time to grieve. We’re forced to immediately turn every act of anti-Semitism into a teaching moment. When the world offers their condolences, Jews utilize the brief attention from being murdered to shout out “See? We weren’t making it up!”

Hatred of Jews is palpable, widespread, and increasingly lethal.

The people who need to see Jewish corpses on the ground to believe “anti-Semitism is real” are part of the problem.

Why Do Jews Have To Be Murdered For You To Admit Anti-Semitism Is Real?