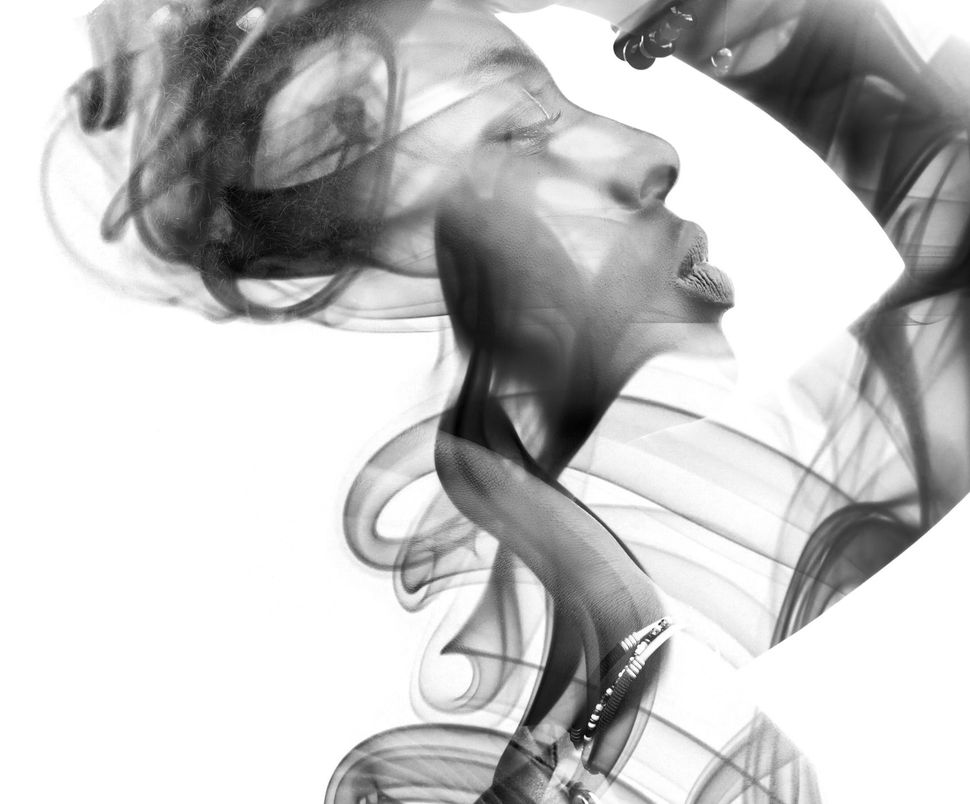 Editor’s note: In observance of Martin Luther King Jr. Day, the Forward is resurfacing some of our recent coverage related to the Black-Jewish experience and racial justice. This article originally appeared in May, 2019.

On a recent late night run to a chicken shack in my neighborhood on the Southside of Chicago, I felt real fear for the first time. It wasn’t fear of high cholesterol, or even the familiar fear of the gang violence that’s all too frequent here. I feared for my safety because I told a stranger that I am Jewish, something I unthinkingly do whenever I’m asked about my Hebrew necklace.

Usually, people respond with curiosity, or silence. This time, however, I was accused of being a self-hating N-word because Jews hate the black man, according to a man who overheard me inform another patron that I also belong to the Jewish people. “Just look at what they’re doing to the Minister!” He said, referring to Louis Farrakhan.

The man who accused me of being racist against my own people wasn’t a member of the nation of Islam. He also wasn’t a Hebrew Israelite, which he insisted I must be, prior to his lengthy tirade.

He was just a middle aged black man who looked like he’d just finished working the second shift of a job that he hates but, like so many of us, he does because it’s the only one he could get.

He didn’t look frightening or crazy. He looked like he could have been any one of my neighbors. So did the other people in the restaurant, who formed an Amen corner whenever he took a breath. They were all normal looking, too.

Waiting for my dinner that night, I got served with a new understanding that I didn’t previously have. I am black and Jewish, and I live in a predominantly black neighborhood; while my skin color may be the same color as theirs, my worldview was and always has been different from most of the people around me.

For the first time, I felt totally alone in the neighborhood I call home. When I walked out of that restaurant, I walked into a neighborhood full of Baptists, Catholics, Muslims, and unlisteds, but no Jews. Not one Jew who looked like me — or even one who didn’t.

This is the ’hood on the Southside of Chicago, and I am alone in it. I am a part of the Jewish people, but how? They don’t live here. And their absence, in this city that is so divided along racial lines, is a sign of privilege.

How could my struggling black neighbors see me struggling just like them, but still see me as a person belonging to a people they perceive to have so much privilege? And how could people with such privilege really be aware of my existence, or even be reminded of the Jewishness of people who look like me, if they never venture to my neighborhood, and only see people like me when it’s arranged?

I look like Tamika Mallory. I read Alice Walker. I admire Angela Davis. And I live just blocks away to intersections where members of the Nation of Islam sell out thousands of Final Calls and bean pies in mere hours.

As a Jew, all anti-Semitism hurts me. But it’s not Farrakhan’s followers who have been murdering Jews in synagogues, or who drive their cars through crowds of protesters, or who scream that “Jews will not replace us.” His admirers are my neighbors. And to the black community where I live, Farrakhan has nothing to do with Muslims and Jews, or even with anti-Semitism. It has to do with racism. You might think you hate Louis Farrakhan because he’s anti-Semitic. But to my black neighbors, he’s disliked because he’s black. Like them. Like me.

The anti-Semitism I recently encountered in my neighborhood has made me uncomfortable identifying as a Jew in my own home. But the Jewish community’s privilege, and its constant attacks on black leaders, has exacerbated the problem.

Some may say I should move to an area where there’s more of a Jewish presence where I can be safer. While this might be nice, this option doesn’t really exist for me. How would I afford it? How would I ever convince my fellow poor, black friends from my old neighborhood to come and visit me?

The only choice I can afford financially and spiritually is to stay where I am. But I can no longer endanger my own and my family’s safety by openly admitting I am a Jew anymore. I can’t be the lone Jew in a place where beefs between blacks and Jews are increasingly pitting us against one another.