The Middle Class Is Being Priced Out Of Judaism 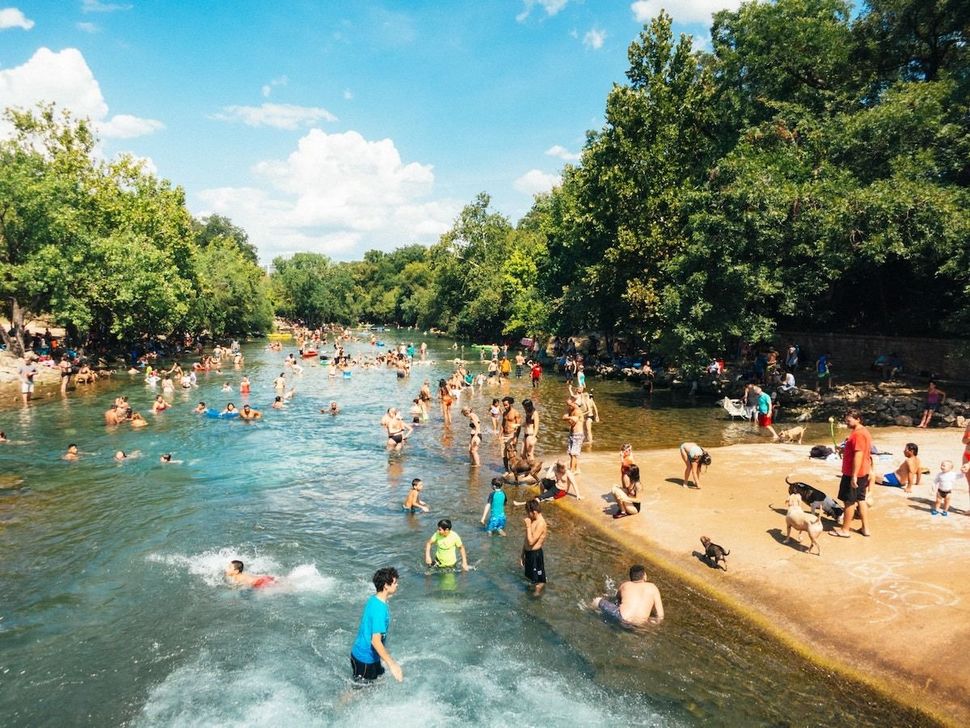 I will never forget that mercifully mild February night in 2011 when I camped out overnight with 30 other parents. All of us hoping to secure spots for our children at the local public school.

While it’s not the norm to line up overnight, families do it every year. One reason is that this school offers a Hebrew Studies program, providing those of us who cannot afford to send our children to Jewish day school with another option.

It’s no secret that many Jews are struggling to keep up. More and more, middle and even upper-middle class Jews are finding religion to be an increasingly expensive component of their lives.

My husband has a good job and I have a burgeoning career as a freelance writer. We have two children, a dog, one car, and a too-cramped house in need of renovations. We’ve made some poor life choices and we’re carrying our share of debt. I’d say we’re planted firmly in the upper-middle class. And yet, when it comes to affording a Jewish lifestyle, we’re struggling.

As Jews in the diaspora, we are repeatedly told we need to come into the fold and step up our commitment to the community. We’re told that we must instill a Jewish identity in our children. But that’s getting harder and harder to do.

The hallmark of a solid Jewish upbringing has become attendance at a Jewish day school followed by summers away at camp. Throw in a fancy bar mitzvah and an Israel trip, and you’ve got the current model. The problem is, none of this comes cheap. Day school costs upwards of $10K a child. Trips to Israel and summer camp are similarly expensive.

Meanwhile, the Hebrew Studies program at the public school is parent-sponsored and partly subsidized, costing us a total of $200 a year. Add that to the other school expenses and we pay roughly $1,000 per child. So you can see why were will willing to spend a night outdoors.

Religion shouldn’t be expensive. Practicing your religion shouldn’t break the bank or eat up half your net income. Yet there is a societal pressure from the community to “do Jewish” in a specific way — to follow the model.

Who decided on this model? My parents certainly didn’t go to Jewish day school. Day schools are a post-war phenomenon. Generations were able to “do Jewish” without the steep bills we incur today. And I’ll tell you something else: My parents are certainly more religious than I am.

I grew up in a Kosher home where all holidays were strictly observed. I was the youngest of four children, and I was the first to go to Jewish day school. We weren’t a shul-going family, but we did go on all the holidays.

My husband comes from a much more observant background. His mother is very involved in the synagogue and he was a bimah boy in his youth. He also went to Jewish day school, followed by a Jewish high school, while I went the secular route after sixth grade. Today we are in exactly the same place.

We have a synagogue membership, and I regularly host Shabbat dinner for the extended family. We participate in some community and synagogue events and we often discuss religion at home. I struggle with my faith but have done my best not to let that interfere with my children, and they’re finding their own way. My son enrolled in a bar mitzvah program and weekly tutoring sessions in advance of his bar mitzvah last year, which led to him becoming a bimah boy. He now goes to shul every week and has his own seat up there with the rabbi. He also attends a private Catholic school, which costs me half the amount of a Jewish high school.

We’re not the only ones who have gone this route. My friend Nathalie recently admitted, “I consider myself to be middle class and I find that my kids are at a disadvantage. If it wasn’t for (Jewish) government subsidized daycare, they would have never been exposed to tradition in their early years.” Aside from education, she also finds the cost of Kosher meat prohibitively expensive for a family of five. This is something I hear often, especially around the holidays.

Meanwhile, other friends — Dan and his wife, both with solid careers in law — are raising four children under 11 years old. Dan readily admits he couldn’t afford the traditional model. Yet he believes in building a sense of community and culture within his family. So he and his wife made specific choices, and sacrifices, to do that.

Rather than sending their children to Jewish day school, which would cost them upwards of $40K, they use their money in other ways. Their daughter is in a Yiddish theatre group, they have a synagogue membership, they spend a week every year at KlezKanada, and they speak to their children at home in Hebrew and Yiddish. For the past few years, they’ve also been taking an annual summer trip to Israel.

Some Jewish sleep away camps are also stepping in to provide Jewish experiences for those not in day school. I spoke to the director of one camp located in the Quebec Laurentians who tells me that over 50% of his camper population comes from outside the day-school system. They offer a variety of financial assistance options, but those are not available to people like me, who don’t fit the traditional profile for financial aid. There is no line item on the form for bar mitzvah, bat mitzvah, and braces.

Camps will often work with lower income families to find a solution, but it’s dependent on a few things. Some camps will look at things like whether there’s a vacancy in an existing bunk, and the whole interaction depends on whether the parent even knows to ask for this kind of assistance — or wants it. It takes a lot to admit to a member of the community that you don’t have the money to send your child to camp, and then have people scrutinize your financial records.

Other options are also available. NCSY is an organization that’s been around for more than 60 years and is dedicated to inspiring a Jewish future among today’s youth. They have teen school clubs which offer an informal Jewish education with a solid base in Torah learning. They have even coordinated with school boards in Toronto, Ottawa, and Vancouver to provide Torah study to students enrolled in certain public schools in exchange for credit.

But at the end of the day, the current model isn’t working for everyone. It’s simply too expensive. And that’s without even having discussed the expectations surrounding bar and bat mitzvahs, Israel trips, and March of the Living.

It’s time to scale it all down and develop a new model, one that’s accessible to all Jews, regardless of stature or economic class. Until that happens, my family will keep going as best as we can, remember that our faith is free, and “do Jewish” at home.

Julie Matlin is a freelance writer based in Montreal.

The Middle Class Is Being Priced Out Of Judaism