Inspiring Women | Connecting People With Opportunities, From Her Home In The West Bank 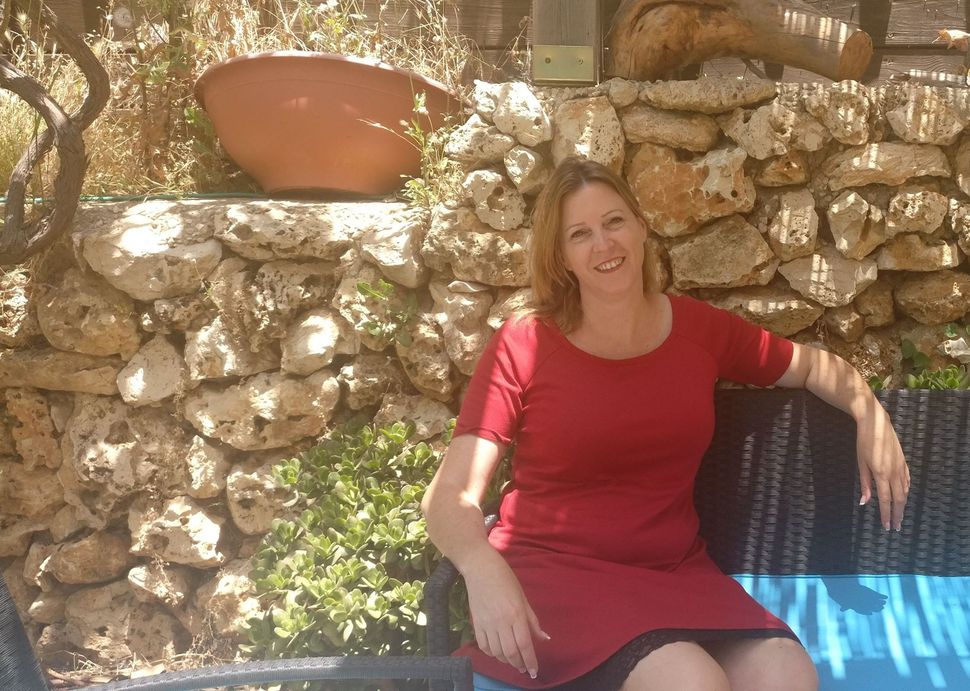 Iris Zangi at her home in Dolev, the West Bank Image by Courtesy of the Author

By all rights, Iris Zangi should be a cautious person. A divorced mother of four and the survivor of not one but two terror attacks, you would expect her to be a person who is on the lookout for something bad at every turn, hesitant to open her heart. Instead, the tech entrepreneur, who works for Together, which crowdfunds new startups, is the exact opposite: giving, hopeful, and open.

After knowing me all of thirty minutes, Zangi invited me into her home. It turned out to be in the settlement of Dolev, in northwest Jerusalem.

I left my car at a shopping center near Modiin and she drove us through a checkpoint and into the rocky mountains of a region called Binyamin. Like Judea and Samaria, it has settlements in the territory captured in the Six Day War. Her town of 250 families was built 30 years ago. It is not meant to be in Israel if or when there are two states, and on the way, we pass two or three Palestinian villages. They are in Area A, one of the areas designated by the Oslo Accords to be under Palestinian rule. Red signs warn that it is dangerous and forbidden for Jews to enter.

When we arrive at Dolev, high in the Binyamin hills, the air is breezy and cooler than the stifling heat we left behind in Modiin. Zangi’s home is surrounded by fig, walnut and pomegranate trees, as well as birdhouses that her sons collected. And before she agrees to speak to me about the new venture she is involved in, Zangi insists we make breakfast. I chop salad as she makes omelettes. I learn about her sons — three who are serving the state and one in his year before the army. No longer married to their father, she makes sure that I mention that she is single and looking. 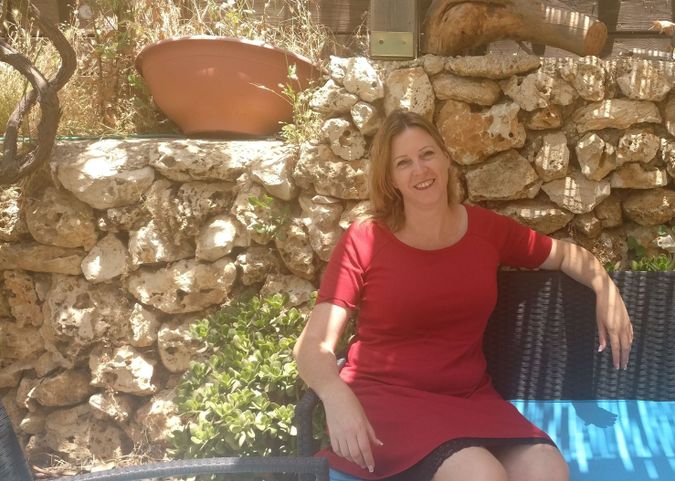 Iris Zangi at her home in Dolev, the West Bank Image by Courtesy of the Author

Finally, we sit to talk. Zangi’s mother is American, from Dallas. Her father is Yeminite and Syrian, and a seventh-generation Jerusalemite. The family came by foot in the 1840s to live in the Holy Land, settling in the Silwan Valley just outside Jerusalem’s Old City.

At 17, Zangi was asleep on a bus from Tel Aviv to Jerusalem when a terrorist grabbed the wheel, sending it careening into a ravine. Sixteen people died, and Iris was badly injured on her right side. It took months of rehabilitation to enable her to move. She still has some disability. But she moved on with her life, and got married. That’s when her husband told her he wanted to move to a ten year old settlement named Dolev.

“People told me I was crazy,” she recalled. “It was the height of Oslo, and everyone was sure that in a few years the town wouldn’t exist. But here we are 20 years later. I love it here.”

Relations with the nearby Palestinian villages are complex, Zangi explains. “The man who did construction on our home, Fawad, is from the village next door,” she tells me, one of those we passed with the red signs. They’ve known each other for 20 years, and have a close relationship.

But the conflict gets in the way. “Fawad invited me to a wedding, but at the last minute he called and said not to come, that he couldn’t ensure our safety,” she told me. Other than individual connections made via work, the two communities have nothing to do with one another, and given the lack of a common language, won’t anytime soon.

Then, when her youngest son was three, their car was shot at on the way home. Though they were not physically injured, the people in the car behind them were. It took Zangi a long time to get over the trauma.

Still, Zangi believes in people, in their inherent goodness, in their innovation and desire to make things better. It’s one of the reasons she’s involved with Together an equity crowdfunding company where individuals can invest as little as 1,000 shekels into the next big Israeli tech. Together chooses start ups with products or services that will change the world and allows anyone to be a part of them.

“In Israel, there aren’t many options for small investments,” she explains. “You can have a savings account with very low return, or a pension. Together gives people the chance to be part of something big, to make money while enabling start-ups to find the last bit of funding they need. Imagine, if people had been able to invest in Waze or Checkpoint.”

Together does its homework, only taking ventures that are at a certain point in development. It investigates the investors, the product and the market, offering to the public opportunities they feel have a good chance at success. It is Zangis’s job to scout and find health tech companies to add to Together’s platform.

It’s a job that seems perfectly fitting for someone who looks positively towards the future, towards new love, good relationships, and the best in every scenario.

Inspiring Women | Connecting People With Opportunities, From Her Home In The West Bank