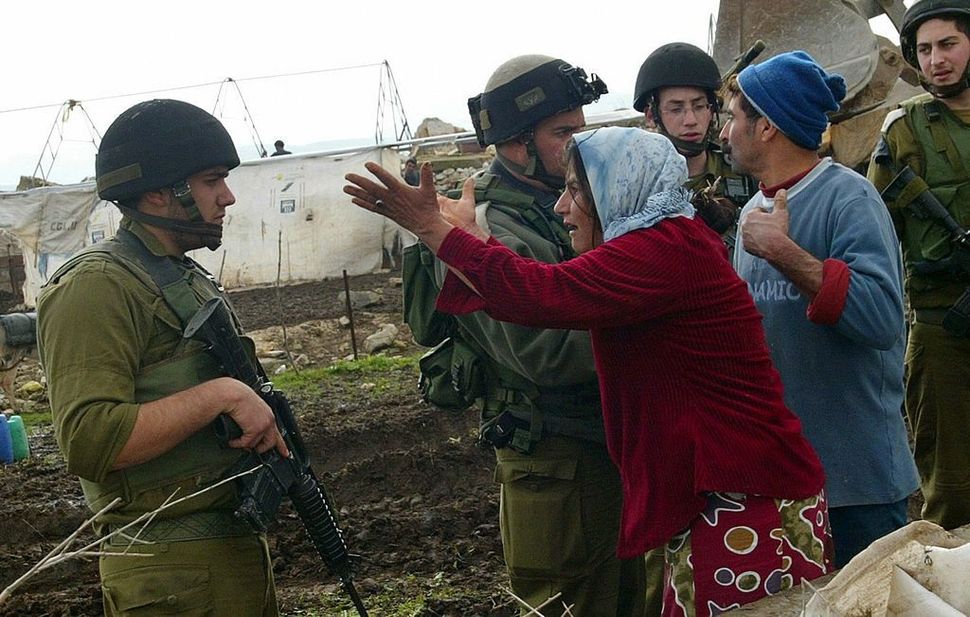 YABAD, -: A Palestinian woman protests the destruction of her home by the Israeli army in the northern West Bank village of Yabad 14 February 2007. The army demolished three structures after they were built without Israeli permit. AFP PHOTO/SAIF (Photo credit should read SAIF DAHLAH/AFP/Getty Images) Image by Getty Images

I am one of the lucky few young Jews who got to attend J Street’s launched a inaugural trip to Israel, called “Let Our People Know.” Flying into Tel Aviv’s sweltering heat on the first of July, I entered Israel an ardent Zionist — aware of the innumerable issues Palestinians face, yet convinced of the inclusive liberal cause championed by parties such as Meretz.

Eleven days later, I flew out of Israel hopeless, reconsidering my convictions and no longer sure if I even believed in the idea of a Jewish state.

It’s difficult as a young Jew to separate my faith and my culture from the ever-present image of a benevolent Israel. I have never attended a synagogue without a flag of Israel somewhere within the sanctuary, often located adjacent to the stars and stripes I grew up pledging my allegiance to every morning in school. 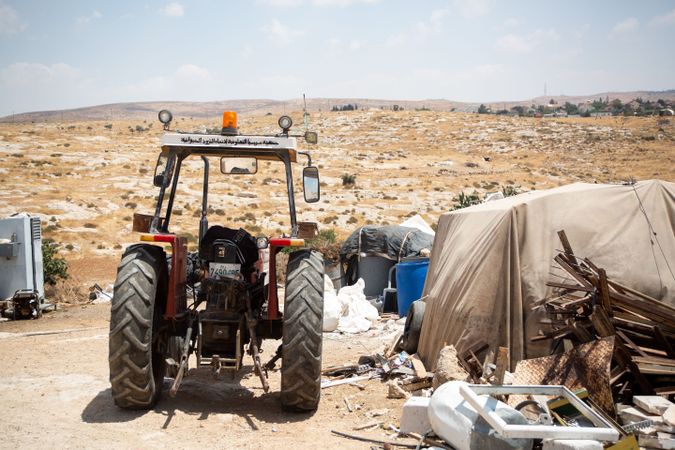 A tractor sits in the middle of the Palestinian village of Susya, surrounded by tents and makeshift houses built by residents as their only means of shelter. Image by Jesse Steshenko

I have been told of the wonders of the Israeli state my entire life. Not only is it the most LGBTQ-friendly nation in the Middle East, it has also blessed the world by creating Waze and the cherry tomato! Ad nauseam, these facts were repeated in my Hillel, on Birthright, and even in the temple serving my university’s Jewish community.

What remained hidden from me were the parts of Israel that Birthright didn’t want me to see: the occupied West Bank, the struggle for both Israelis and Palestinians in the Gaza envelope region, and the realities of ethno-religious tensions across the nation.

Enumerated among Israel’s achievements, my educators conveniently left out the 2014 invasion of Gaza, which killed almost 1,500 Palestinians civilians, according to the United Nations. Neither my rabbi nor my Hillel director ever bothered to mention that the early childhood mortality rate is over five times higher in Palestine than it is in Israel.

And I wasn’t as ignorant as most. I’ve been active in the Palestinian civil rights cause since high school. I knew that these narratives obscured the awful truth on the ground. But nothing prepared for me what it was like when I actually went there. I was still a Zionist, despite all I’d learned — until the J Street tour made its way to the West Bank.

Take, for example, Susya, a decrepit collection of houses and sheds cobbled together from concrete and sheet metal, topped with worn fabric tarps in lieu of roofs, in the occupied West Bank. Nassar Nawajah, who lives in the village, told us about the struggle to obtain simple necessities for life like water. Susya does not have running water, and the village’s request, made to the Israeli Defense Forces, to run a pipe to their village was denied. This leaves them reliant on a nearby well. Access to that well depends on the IDF, which requires the residents of Susya to contact them weeks in advance to schedule a time and day for a soldier to escort residents to it.

It’s not unusual for the residents to receive a call days or even hours before the appointment informing them that the escort has been canceled. When it isn’t cancelled, residents often find settlers from a nearby settlement waiting at the well; to avoid conflict, the IDF escort will force them to turn around and reschedule, leaving the village once again desperate for water. 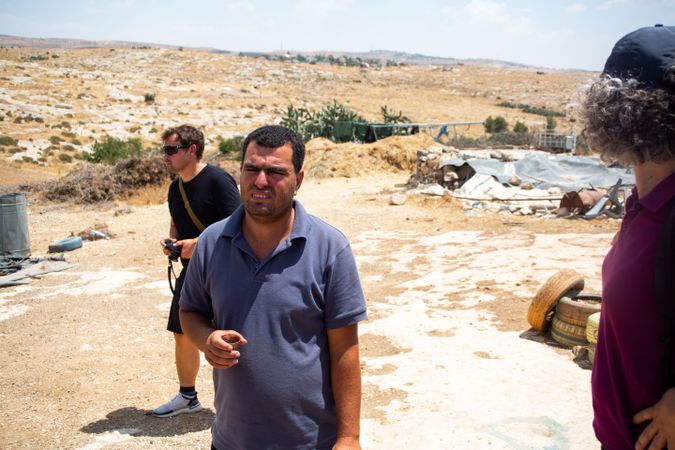 Nasser Nawajah, a spokesperson and resident of Susya, explains to J Street trip participants living conditions inside the village. Image by Jesse Steshenko

Or take Sakhnin, the focal point for the annual “Land Day” march, a massive protest that draws crowds nearly twice as large as the city itself over lack of equal land distribution. City officials told us of discriminatory land allocation policies set by the Israeli state, which allots significantly more land to nearby Jewish cities than it does to the increasingly squeezed in Arab-majority urban centers.

These land distribution policies, alongside the failure by Israel’s government to respond to increasing crime and poverty in Sakhnin, gives city officials much to be frustrated about. Perhaps it’s unsurprising that the Mayor of Sakhnin — an Arab-Israeli city near the Lebanese border, dozens of kilometers inside Israel and away from the Green line — considers himself Palestinian, rather than Israeli. 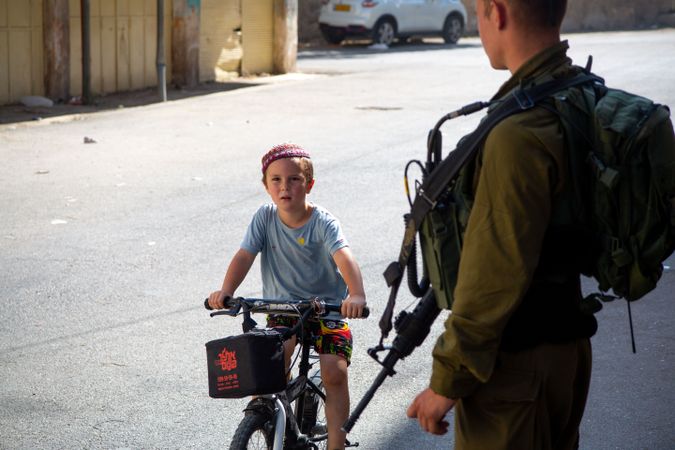 A young Jewish child on a bike rides up to an IDF soldier at a checkpoint. Image by Jesse Steshenko

Let Our People Know lasted only eleven days, yet its effects will last much longer.

I went to Israel with J Street a Zionist. But I was no longer a Zionist when I returned.

Jesse Steshenko is the Head of the International News Division at the Cycle News Hour, a student radio program at the University of California, Davis. He was born in raised in Santa Cruz, and through the community there developed a passion for art, photography, and journalism. Follow him on his Instagram.