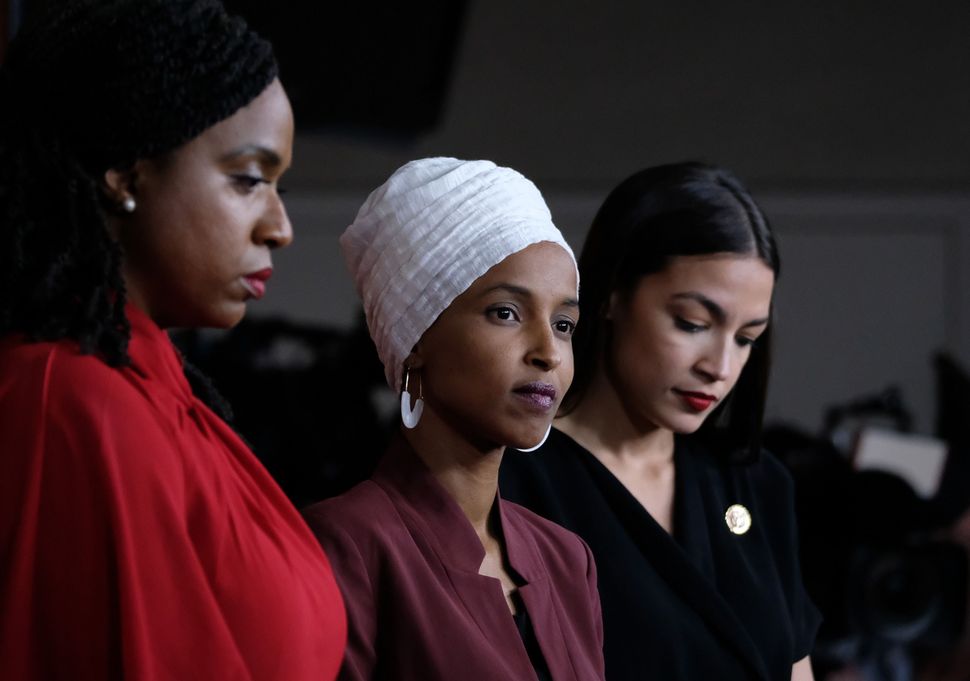 Our country has a long, sordid history of telling black and brown people and other racial minorities to “go back to where they came from.” The “America: Love it or leave it leave it” sentiment reeks of racism and xenophobia, in that it prioritizes the idea that America is a country for white people.

In my days as a young black queer woman seeking equality for all, I was often told that if I didn’t love this country, I was welcome to leave. It didn’t matter that I was a veteran who proudly served her country. In those remarks, I was being told that I was not allowed to be critical of our government, and that I did not belong in this country.

Recent remarks telling four congresswomen, Alexandria Ocasio-Cortez, Ilhan Omar, Rashida Tlaib, and Ayanna Pressley, all women of color and all of whom are U.S. citizens, to essentially go back to the countries they came from, were targeting them not only because they are women of color.

They were targeted because of their outspokenness about our current immigration’s policies at our southern border: its policies of separating children from their families, putting migrants in cages, subjecting them to overcrowded conditions, to a lack of food, water and even the most basic access to hygiene, all in an effort to treat them as less than human.

This is wrong and our current policies on immigration continues to demonize human beings who are entering our country looking for a better life.

Unfortunately, fear of the other is alive and well in the United States. But nothing is new under the sun.

We see xenophobia reflected in our recent Torah portions. Last week, we read the words Lo Ta’avor — “You Shall Not Pass.” These words came from a frightened king who refused to let the Israelites cross his border and greeted the Israelites at the border with a heavily armed military.

In this week’s Torah portion, Balak, the text opens with another fearful king dreading the arrival of the Israelites at the border of Moab. He tells the elders of the community what he believes to be true about the Israelites who are fast approaching. The king says, “Now this horde will lick clean all that is about us as an ox licks up the grass field (Numbers 22:4).” Balak, the king, is afraid. He’s afraid because the Israelite people are numerous and they are coming. He doesn’t know anything about them, he doesn’t know who they are, and he has only heard rumors of this caravan of people. And as a result, he is fearful for himself and his people.

So what does he do as the king? He finds himself a prophet named Balaam and tells Balaam to put a curse on the Israelites to keep them away.

Balak, like all too many Americans, didn’t realize that encounters with people who are different from us are not a curse; they are in fact a blessing. These encounters are an opportunity to grow, to learn, to develop and to form new relationships. We should not be afraid of the other; instead, we should see the other as a reminder that we were all created B’tselem Elohim, in the image of God.

Our politicians like to use words like alien and illegal and other derogatory terms that makes those who seek asylum or those who want a better life for themselves and for their families seem less than human. In this, too, they were preempted by Balak and the Moabites, who compared the Israelites to oxen, and swarms of locusts.

This text is not all gloom and doom, though. God intervenes, and instead of cursing the Israelites, Balaam offers a blessing: “Ma tovu ohalekha Ya’akov, mishk’notekha Yisra’el,” — How lovely are your tents, Oh Jacob, Your dwellings, O Israel!

God opened Balaam’s eyes; we must open our own hearts and minds to those seeking a better life.