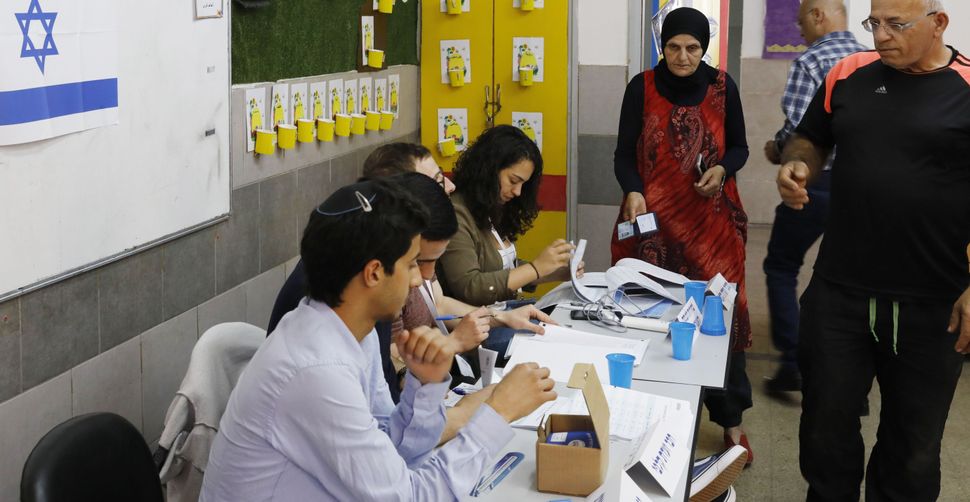 In recent years, we have seen two lines of argument used with increasing frequency to mainstream the delegitimization of Israel. The first is characterizing Israel as fundamentally racist because it is a Jewish state. The second is identifying right-wing support for Israel in the United States with nationalist, white supremacist views.

Peter Beinart impressively managed to employ both arguments in his recent article, “The Real Reason So Many Republicans Love Israel? Their Own White Supremacy.” It’s worth deconstructing his tendentious claims, for these ideas bear little basis in fact. Instead, they contribute to a pre-fabricated narrative that promotes hatred against the Jewish state and ultimately endangers all of the Jewish people.

First, Beinart conveniently ignores the fact that, from its birth as enshrined in its founding document, Israeli history makes clear that it is both a Jewish state and a democratic one, with full rights for its non-Jewish citizens. No contradiction between the two was ever conceived. In fact, by including the theme of equal rights for all its citizens even as they were asserting the country’s fundamental identity as a homeland for the Jewish people, Israel’s founders were taking a very advanced step not always taken by other liberal democracies.

It is fair to point out that Israel hasn’t always lived up to that basic ideal. But this reality is far from shocking. There are a range of local and global non-governmental organizations — including the ADL — working inside Israel to strengthen society and improve outcomes for many marginalized groups, including Palestinians and other non-Jewish minorities. In fact, the country arguably has one of the most robust civil societies in the world.

Indeed, few countries on earth have treated their minorities with the dignity and equality that they deserve. In the U.S. and in every great democracy around the world, there is considerable room for improvement. But literally in no cases — except Israel’s — do critics exploit those failings to challenge the fundamental existence of those states.

A second deep flaw in Beinart’s argument is the idea that right-wing support for Israel is a product of Israel being a racist state – one that the right admires for that trait and aspires to impose here in America. Beinart uses a euphemism, “an ethnic democracy,” but his intent is unmistakable.

What Beinart overlooks is the indisputable fact that the political right in the U.S. was pro-Israel for a long time, well before President Trump’s arrival on the scene and the strident nationalism that he has ushered into the political mainstream.

The right has been supportive of Israel for any number of reasons. Support for Israel stems from strategic reasons, as an ally in a shared struggle against adversaries from the Soviet Union to Jihadi extremists to the Islamic Republic of Iran. There are also political reasons for supporting a pluralistic democracy in an otherwise authoritarian and unstable region. There’s a moral case to be made, too, for Israel as an open society that upholds Western values. Then there are religious reasons, as some evangelicals see the rebirth of Zionism as a fulfillment of G-d’s promises.

That support, however, has never been couched in terms of Israel being a racist or ethnic state. All those years, the vast majority of political conservatives — and indeed, of all Americans — saw Israel as essentially a democracy like our own.

While it is true that lately have we begun to hear this theme of Israel representing a model white nationalist state, this has emanated from two highly dubious sources.

First, it has been promulgated by the white supremacist camp. Richard Spencer, a leading white nationalist, appeared in an interview on Israeli television two years ago introducing that concept to broader conversation. He argued that America in the era of Trump should follow the example of Israel in defending its identity.

This was never more than sophisticated trolling. Anyone who has followed Spencer and his ilk know that they absolutely despise the Jewish state, just as they despise the Jewish people. The villainy of Israel is central to white supremacist ideology.

Yet Beinart and others seem to have fallen for Spencer’s specious claim, likely delighting Spencer and his fellow travelers.

The other source for the specious claim about Israel’s white supremacy comes from anti-Israel activists who are relentless in prosecuting their irrational hatred of the Jewish state. While the baseless charge of Zionism as racism was dispelled by the U.N. decades ago, a new generation is attempting to latch onto the very legitimate anger about rising white supremacy at home and project it onto the Jewish state.

Alas, these people are not convinced by the diversity of the country. They seek only to rationalize their prejudice rather than understand the truth.

Beinart associating Israel with the white nationalist right is the best way to deepen progressive antagonism to Israel. How ironic that Beinart and Richard Spencer end up in the same place in their view of the Jewish state.

I have spoken to many American Jews who worry that the institutionalization of anti-Semitism in the U.K. Labour party could be replicated here in America. For those concerned about this trend, Beinart’s argument should give you pause — not because he is right, but because he is playing right into the hands of those who do not seek to improve the Jewish state and its policies, let alone to advance a regional peace that benefits all parties, but instead seek to undermine the country under the guise of the fight for human rights, democracy and combatting white nationalism.

Make no mistake: Those who delegitimize the Jewish state bear some measure of responsibility when Jewish people are victimized by this irrational hatred as we have seen on many occasions in Europe and even here at home.

For now, it is reassuring that members of Congress on both sides of the aisle overwhelmingly passed a resolution condemning the BDS movement, recognizing the constitutional right to boycott even as they called out the hateful campaign to delegitimize Israel. They saw through the flawed arguments enunciated by Beinart. Let’s hope all people of good faith are able to do the same.