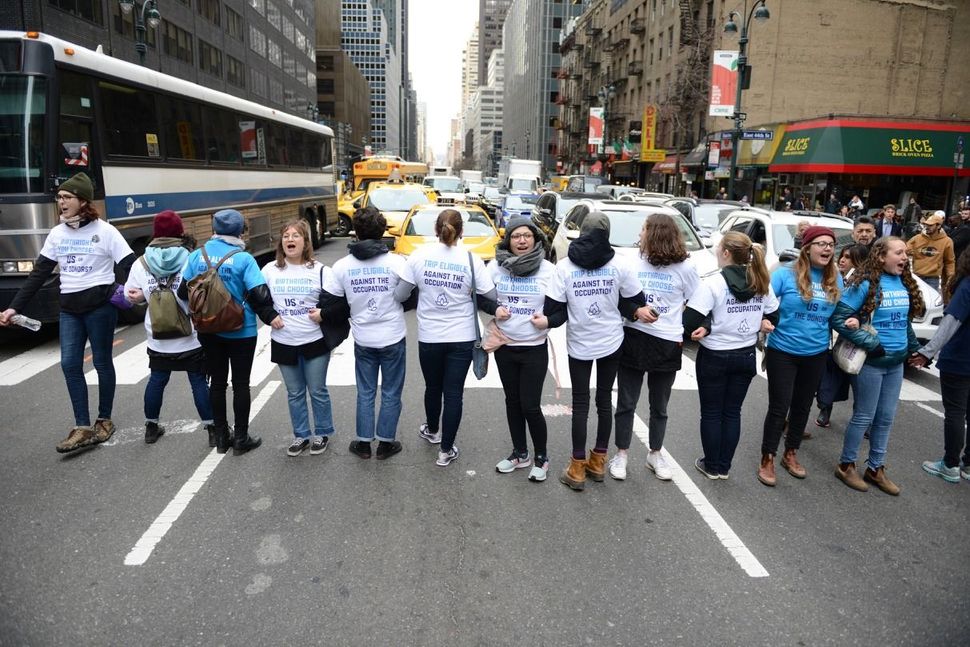 If Not Now protests Image by gili getz 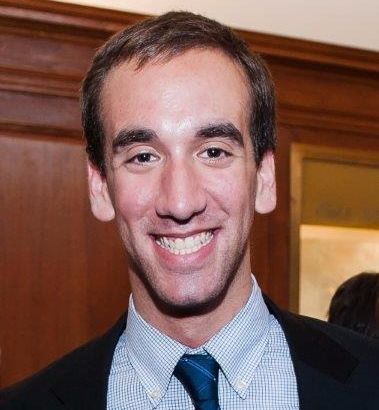 For the most part, American Jews aren’t very religiously observant. Per the 2013 Pew study of American Jews, the single most widely adhered to Jewish practice in this country is the Passover seder.

70% of Jews reported taking part in the year the study focused on. That old saw about two Jews having three different opinions suggests that it would be hard to find many things that more than 70% of Jews share or agree on. Is that right?

A different Pew poll, from 2016, found that 75% of North American Jews attend college, so we can add “appreciation of higher education” to the list of things Jews agree on, alongside “appreciation of four cups of Manischewitz.”

In November of 2018, CNN exit polls found that 79% of American Jews voted for Democratic candidates in the midterm elections. Can our notoriously disagreeable tribe hope to find greater consensus than nearly 80%?

The answer is yes, by a lot. When asked by the Mellman Group whether they are “generally pro-Israel,” 92% of American Jews answered yes (this includes American Jews who qualified their yes with criticism for the current Israeli government). Of the remaining 8%, only 3% answered that they were “generally not pro-Israel.”

That’s why it was so disturbing to see Representative Alexandria Ocasio-Cortez praise the radical anti-Israel group IfNotNow, which refuses to even take a position on whether the Jewish state of Israel should go on existing.

In a radio interview this week, she said: “There are really amazing organizations of young people, groups like IfNotNow, that they are young Jews organizing for justice because they realize that all of our fates and our destinies are intertwined and that there cannot be justice in Israel without justice for Palestinians too.”

IfNotNow claims it is committed to “justice,” that left-wing organizing buzzword that includes activism on everything from racial issues, to climate change, to disability rights, to gender inequities, to (somehow, invariably) attacking Israel. But is it appropriate to hold them up as representative of Jews (even of young Jews), when only a minuscule fraction of the American Jewish community shares their antipathy toward the Jewish state?

Common sense, and a deep familiarity with the American Jewish community, suggests that a good chunk of the 3% of American Jews who are “generally not pro-Israel” are actually aging “hippies,” rather than young social justice warriors. IfNotNow and their ilk are representative of precisely no one, other than the small handful of radicals who run the group.

Ocasio-Cortez is a freshman member of Congress, a politician without strong ties to the Jewish community. How is she supposed to know what American Jews really think if she doesn’t seek out the views of mainstream Jews? But by elevating IfNotNow, she has committed a cardinal sin of progressivism and tokenized American Jews.

If it’s ok for Ocasio-Cortez to hold up a tiny, anti-Israel sliver of American Jews as representative, what’s to stop someone from using the fact that 27% of Israeli Arabs voted for Zionist parties in April’s election to “prove” that Arabs are really Zionist?

Should the candidates for the 2020 Democratic nomination stop courting Black women, the most solidly democratic demographic by race and gender because, really, it’s a foregone conclusion that they will be voting to reelect President Trump?

Or what about the quarter of Americans who believe that the sun revolves around the earth? Should we tear up our science textbooks because of this misguided minority?

Or, for that matter, what about the 22% of voters in Ocasio-Cortez’s district who voted against her? Surely it’s not accurate to judge New York’s 14th congressional district by these residents.

It should be noted that each of these examples is a higher percentage than that of American Jews who share IfNotNow’s perspective on Israel. In most cases, much higher.

IfNotNow has cultivated a loud voice on social media. That doesn’t make them correct on the issues and it certainly doesn’t make them representative of American Jews. An elected leader who cares about the Jewish community would open her ears and seek to learn what the American Jewish community actually thinks, and why we believe what we do. Will Ocasio-Cortez do that?

Seffi Kogen is the Global Director of Young Leadership of the American Jewish Committee (AJC).