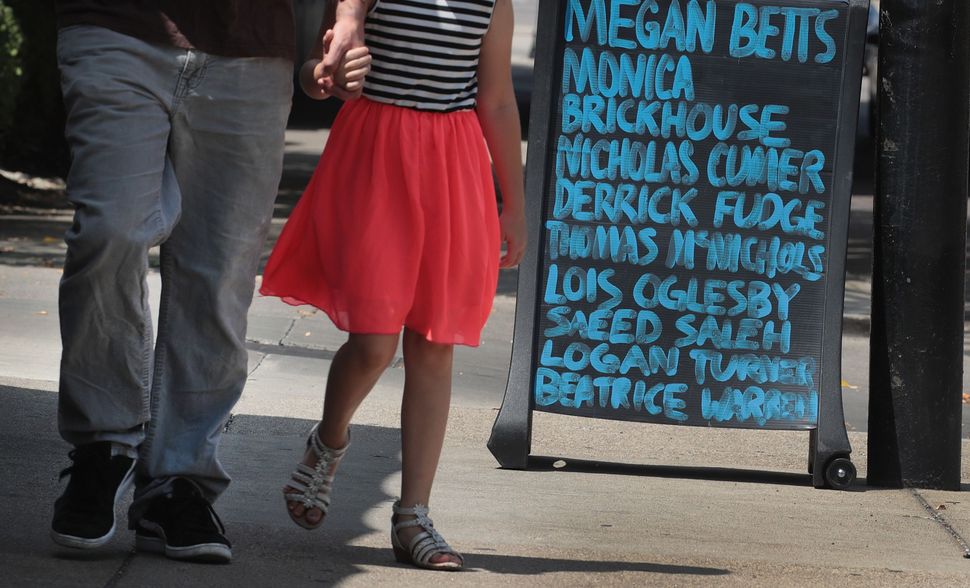 Amidst the disturbing trend of political conflict in the United States escalating into violence, it has been a staple of conventional wisdom that the real danger comes almost entirely from the far right. Thus, after journalist Andy Ngo was beaten up by activists from the militant left-wing “Antifascist” movement at a protest in late June, commentators such as Vox’s Zack Beauchamp cautioned against attempts to portray Antifa’s record of violent behavior as even remotely comparable to that of far-right extremists. Beauchamp quoted an Anti-Defamation League primer on Antifa which said, “To date, there have not been any known Antifa-related murders.”

But is that still true today? We don’t know if Connor Betts, the 24-year-old Ohio man who killed nine people (including his own sister) and wounded 27 more when he opened fire on a crowded street in Dayton on Sunday, had any involvement with Antifa. But Betts’s Twitter trail makes it clear that he was a hardcore leftist who embraced some fairly extreme ideas—and, in some cases, advocated violence toward political enemies in Antifa-style language.

The profile for the now-suspended Twitter account @iamthespookster, confirmed as belonging to Betts, identifies him as a “leftist” (and specifies his personal pronouns, a common left-wing calling card). The posts on the account show that Betts—a registered Democrat—was an Elizabeth Warren supporter and a fan of the progressive “Squad,” but also had far more radical political interests.

“I want socialism, and I’ll not wait for the idiots to finally come around to understanding,” said one of his tweets. His retweets included a graphic in which Smokey the Bear, sporting a red face mask with a hammer and sickle, holds up a sign that seems to encourage terrorism against the “capitalists” said to be responsible for killing the planet.

“Kill every fascist,” Betts tweeted a year ago, commenting on the anniversary of the Charlottesville far-right rally. He also retweeted “Punch a Nazi”-type tweets that celebrated street violence against white supremacists. And this past May, Betts shared a tweet by a prominent Antifa account, “Antifash Gordon,” identifying people “confirmed or likely to be at the KKK rally in Dayton,” with the comment, “Know your enemies.”

While conservative websites and social media users have eagerly spread the news that the Dayton shooter was a leftist Antifa supporter, mainstream coverage has been far more reticent. In a particularly glaring omission, a BuzzFeed piece discussed right-wing hoaxes trying to link the El Paso shooting to Antifa but made only a passing reference to Betts’s politics, mentioning his status as a registered Democrat but not his far-left views. (The site gave far more attention to the revelation that Betts sang in a “death metal” band whose material often used extreme sexual violence toward women as dark satire.)

Given the fact that Betts was apparently preoccupied with twisted thoughts of violence for years—as a teenager, he was suspended from school after the discovery that he kept “rape” and “kill” lists of classmates—it’s very likely that his horrific act of evil was influenced by complicated factors that had nothing to do with politics. Yet whether left-wing extremism could have been part of his motive seems a very relevant question.

In 2019—after Charlottesville, after the Tree of Life synagogue shooting in Pittsburgh last fall, and now the El Paso massacre—one would have to be either deluded or dishonest to deny the danger of violent far-right extremism in America. One may quibble about the exact body count (for instance, the ADL’s tally of at least 50 murders by right-wing extremists in 2018 includes non-political killings motivated by family/personal conflicts, financial gain, or mental illness in which the perpetrator had some connection to far-right extremism). But it’s clear that the threat is real and serious. It should be equally obvious that some far-right obsessions, notably the “replacement” of white people in the West by black and brown “invaders,” have spread into mainstream conservative discourse to an alarming degree, particularly with the Trumpification of the Republican Party. Trump’s own rhetoric has repeatedly appealed to those fears, as well.

But it is also naïve, and in many cases self-serving, to ignore the potential for political violence on the left.

The most dramatic such incident was the 2017 congressional baseball practice shooting Republicans and was out to kill GOP lawmakers.

But there is also an extensive record of lower-level violence linked to the left and specifically to Antifa, long before the attack on Ngo. Protests have turned to riots and physical assaults on Trump supporters. Innocent bystanders, too, have become victims. Last year, two Marines visiting Philadelphia for a Marine Corps ball were punched and kicked by an Antifa mob that mistook them for participants in a far-right rally. (In a grimly ironic twist, the Marines were Hispanic and were reportedly pelted with racist slurs by the alleged assailants, who include prominent Washington, D.C. Antifa activist Joseph Alcoff.)

Antifa violence has also targeted conservative college speakers such as Charles Murray, a scholar some consider a promoter of “scientific racism”; in 2017, a protest against Murray’s appearance at Middlebury College in Vermont spilled over into a melee in which a female professor escorting Murray out of the building was knocked down and injured.

There have been other, lesser-known troubling incidents with violent overtones. Last November, an Antifa-affiliated news site celebrated the apparent suicide of Richard Morrisett, a University of Texas-Austin professor subjected to a harassment campaign (including threatening graffiti) by a “revolutionary” student group after the exposure of a past domestic violence conviction.

Of course, even if the Dayton shooting is eventually confirmed as an act of far-left terrorism, the far right still has the far higher body count—for now. But that could easily change. As we know from 20th Century history, including the history of terrorism in the United States in the 1960s and 1970s, there is nothing about the far left that makes it inherently more peaceful. The biggest loss of American civilian life to political violence before September 11, 2001 was the 1978 murder-suicide spree in the “People’s Temple” of the Rev. Jim Jones, a communist cult leader who enjoyed the support of quite a few notables on the left, from California Governor Jerry Brown to academic and activist Angela Davis. (The “socialist paradise” left a total of 918 people dead, a third of them children.)

While left-wing violence is dangerous in itself, it also contributes (as the ADL notes in its Antifa primer) to a vicious cycle of right vs. left warfare. The Proud Boys, a right-wing extremist group, thrives on brawling with Antifa. Another far-right group, the West-coast based Patriot Prayer—which also frequently engages in such brawls—was formed in response to Antifa and sees its mission as conservative self-defense.

The cycle seems to be escalating. A little over a month ago, after the Portland street clashes in which Ngo was hurt, Vox published an article by freelance journalist Kim Kelly, a self-identified Antifa activist and anarchist, as “another tool in our struggle for collective liberation.”

Did Betts see himself as a gun-wielding warrior and avenger for the left? We may never know. But it should be clear that we ignore the violent left at our own peril.