I’m An Orthodox Rabbi. Too Many People Are Using Religion To Cloak Their Homophobia. 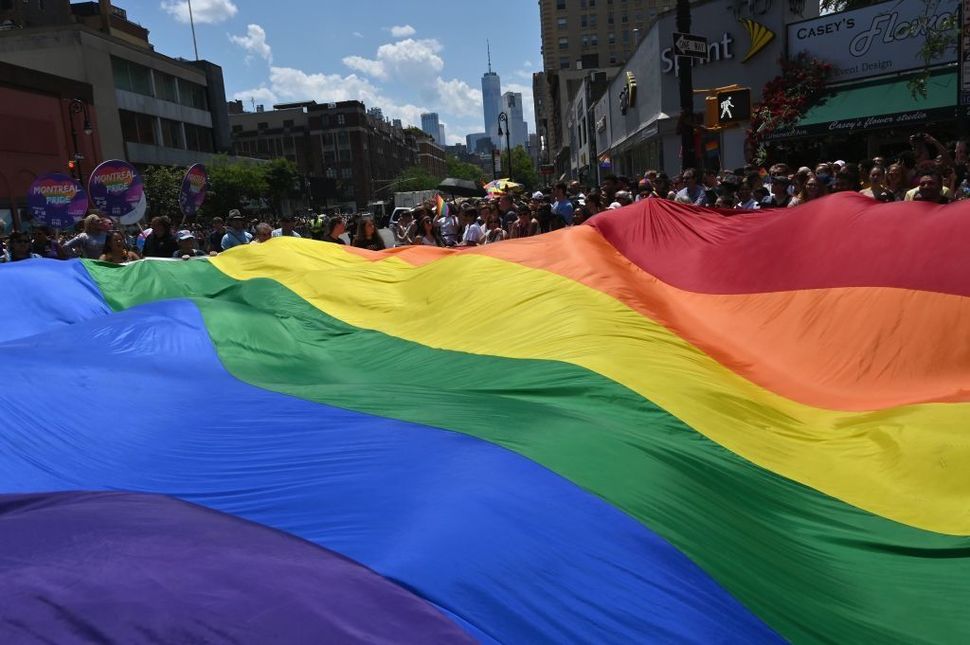 Recently, a lot of people have been asking me for my thoughts on Torah versus the LGBT community. The reality is that mainstream Orthodoxy will not permit a Rabbi to officiate a marriage for a gay couple, grant Rabbinical ordination to an openly gay man, or claim that Halacha is wrong. Rather, “Kabbolos Ol” applies particularly when we don’t like something and must say, “What can I do if my Father in Heaven has imposed this decree upon me?”

This is why I’d like to implore my Torah observant brethren to pause and consider the following. While we can’t change what God says, we can change what we say and, more importantly, how we say it and, most importantly, what we do to ensure that every child of Hashem feels accepted, safe and loved in our Shuls and communities.

In other words, why is there so much societal noise being made about Leviticus 18:22 and not Leviticus 19:18?

I believe there are people out there who use religious doctrine as a mask to cover their homophobia, racism and innate fear of anyone different than them. But the purpose of Torah is to help us rise above our earthly bodies and instincts and create a Heaven down here on Earth.

Some have attacked me as being an apologist and pointed to the fact that God clearly uses the word “abomination” to describe a sexual act between two men. To those, I say that God also uses that word to describe acts of cheating in business. So why are people overly fixated on one behavior not condoned by the Torah over another. On the contrary, I’d argue that the true abomination impacting society is those not being straight in their business dealings!

Others have attacked me by claiming that being gay is unnatural because it goes against the divine injunction to be “be fruitful and multiply.” Well, God never provided a logical reason for Leviticus 18:22 so any argument about why it’s “unnatural” is just the conjecture of a feeble mortal mind trying to justify their proclivity towards fundamentalism. In other words, stop putting words in God’s mouth! On the contrary, what the Torah does preach is to, “Not judge someone else until you reach their place” and to consider every person as someone “full of good deeds like a pomegranate is full of seeds.”

It’s hard enough for someone who is gay to want to follow the Torah so why are we making it even harder?

On the contrary, we should be treating any gay person who shows up sincerely to learn Torah, to daven, and to connect with Hakadosh Baruch Hu with the utmost reverence for they are truly modeling what it means to be a member of the people of “Israel” which means “those who struggle with God.” I believe it is our obligation to stand on the side of the LGBT community because it is through our love for humanity that we find our greatest holiness. Isn’t that what the Talmudic sage Rabbi Beroka meant when he taught that the holiest people in his village were two jokesters who created peace between people? Shouldn’t our obligation be to stop looking for reasons that divide us and instead build bridges that unite us?

I remember one time talking to a gay man in San Francisco who wanted to live a Torah lifestyle. We touched upon many of these points and he confided in me that I was one of the only Rabbis he had talked to who made him feel truly understood and accepted. While some may accuse me of being a homophobe because I won’t officiate at an LGBT wedding, I believe there is great truth in the teachings of the Baal Shem Tov that we can create entire worlds with our words.

For Jews who strive to follow normative Halacha, this can often be framed as a black and white issue. But not everything is so simple. It just doesn’t seem that everyone who is an anti-LGBT activist is doing it from the “purest of intentions.” Adaraba, I think the homophobes have found a safe haven in the “gray area” surrounding this debate and it comes out with the debasing names they use, the jokes they use, the parallels they use, and the overall hostile environment that they create. That’s why I think that it’s good news to see the decrease of homophobic tendencies in society and increased acceptance of presidential candidates like Mayor Pete Buttigieg.

When I hear of LGBT teenagers who are being bullied, commiting suicide, and undergoing real trauma at the hands of my coreligionists, I am reminded of the Midrash where God preserved the lives of those who built the Tower of Babel even though the people were united in their attack on Him. Why? Because our Father in Heaven loves when he sees His children treating each other lovingly here on Earth, even if that unity is in defiance of the Almighty. This is the God I wish to see expressed more in the words and actions of those who strive to be an “Eved Hashem.”

Let me be clear that what I am saying is that we can parse between the neshamah and its clothing and that we can love and respect a person without condoning behavior.

I believe the true moral decay is when we allow innocents to be bludgeoned with hateful rhetoric and false spiritual bigotry. Our moral obligation is to preserve life and, sometimes, that’s as simple as letting someone know that we love and support them, regardless of their sexual orientation.

So, for the gay teenager reading this who wants to live in a Torah community, I want you to know I do not see you simply as a “gay person.” I see you as a “spiritual person,” as a “loving person,” and as a “holy human.”

As it states in our Torah, “and ALL Your people are righteous.”

I’m An Orthodox Rabbi. Too Many People Are Using Religion To Cloak Their Homophobia.