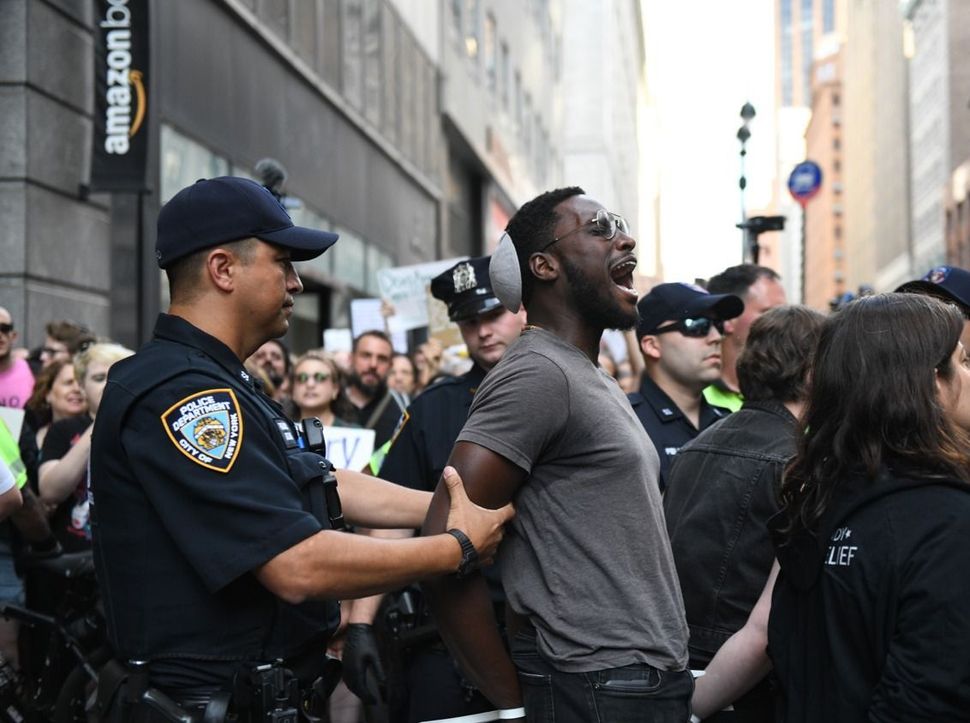 The Zionist project and then the rehabilitation of Holocaust survivors was another heroic response and rescue effort. In the 1950s and 1960s, a new generation of Jews applied the lessons of Jewish history to the struggle for Civil Rights and in numbers disproportionate to their numbers in the general population, Jews marched, organized, registered voters, brought constitutional change and even sacrificed their lives for the Jewish cause of the African American right to vote.

More than fifty years after this iconic moment in American history — a mass movement that helped galvanize legislation leading to the Civil Rights Act of 1964 and the Voting Rights Act of 1965 — the young Jews of “Never Again” are applying the lessons of Jewish history, of suffering, dislocation, of flight from oppression, and putting their bodies on the line as expressions of their Jewish identity.

For American Jewry, this is a new reckoning that represents a distinct moment in American Jewish life, the meaning of which we are only beginning to understand. 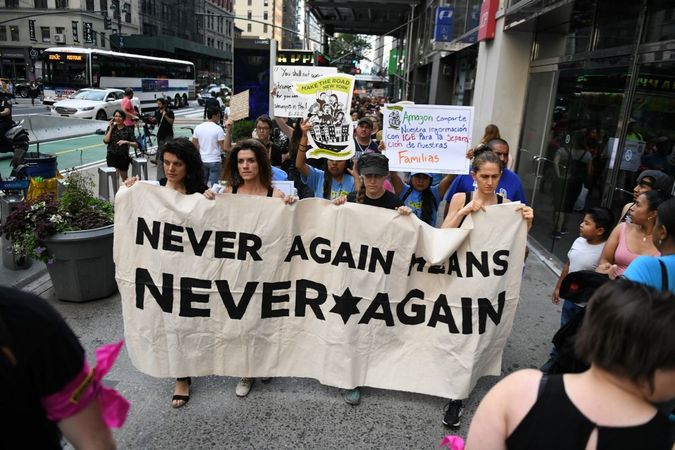 Despite the “Israel Advocacy” wars on college campuses (which we might see as proxy wars fought and directed by Zionist and anti-Zionist organizations far from campus life) Never Again Jews are self-organized, grassroots, and diverse, bringing together the secular and religious, the Zionist and non-Zionist, under the flag of the Biblical mandate, “Remember the stranger because you were strangers in the land of Egypt.”

The crisis at the American border; the inflammatory and racist rhetoric from President Trump and his supporters; and the oft-times troubling alliance between Trump and Israeli Prime Minister Benjamin Netanyahu’s similarly far-right rhetoric have been the proving ground for Never Again Jews to stake a claim to an organizing principle of a new generation of American Jews. Our very definition as American Jews is rooted in both the Torah and history. The Exodus narrative, adopted as a liberation theology from Abolitionists like Frederick Douglass to freedom movements led by Catholic priests in Central America, has aligned with an understanding and appreciation for what America has meant to Jewish refugees from a century ago and what it therefore means to a new generation of Jews today.

What is particularly interesting here is that with the exception of HIAS, the ADL and the Union for Reform Judaism, established mainstream Jewish leadership has been relatively silent on the border crisis. Individual rabbis may speak out from the pulpit but organizations like the American Jewish Committee, which was once at the forefront of the Black-Jewish civil rights alliance, are seen more in the capitals of Europe fighting anti-Semitism than addressing our own national borders. The Never Again Jews are part of a larger wave of new leadership in the American Jewish community, including T’ruah and Bend the Arc.

But this is not about mere meaning or generational shifts in leadership. Never Again Jews are reminding us of the ways in which Jews from all backgrounds see themselves as obligated to a narrative that privileges care for the refugee, the widow and orphan, just as the prophetic Biblical tradition has always taught. A family seeking asylum; a child separated from a parent; deplorable living conditions in a tent city: these are seen, understood, and acted upon by Never Again Jews as the radical theology of truth and justice as revealed on Mount Sinai and bequeathed to Jews, generation to generation.

Never Again Jews have answered the call of tradition and history. They have waded into the water to declare that for American Jewry, this must be a nation founded on principles of hospitality, love, and justice. It is a vision that has saved us and will save others, again.

Rabbi Andy Bachman is the Executive Director of the Jewish Community Project Downtown.