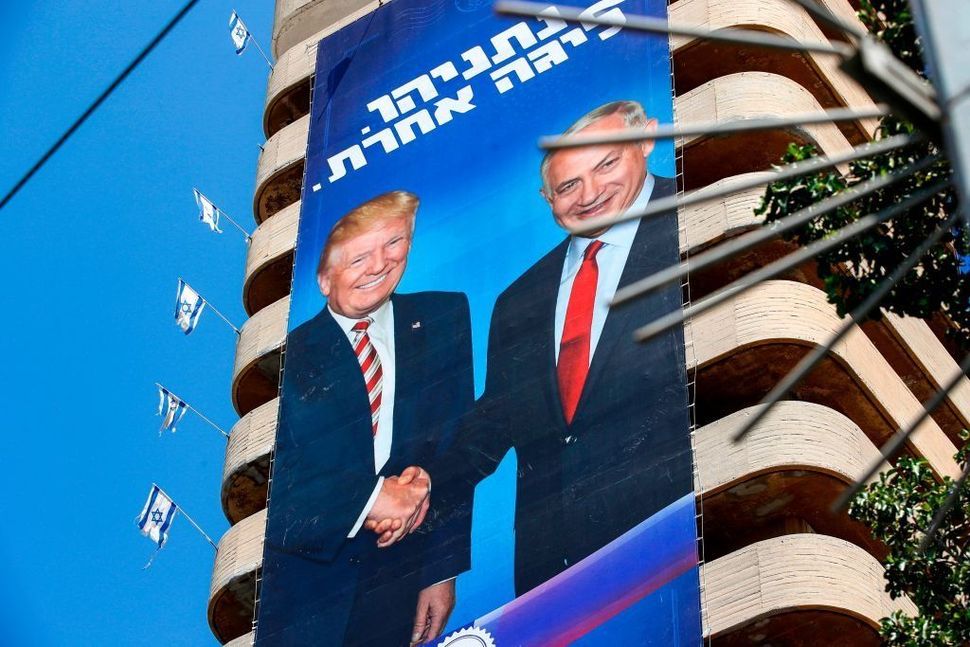 Somewhat surprisingly, in the immediate aftermath of Prime Minister Netanyahu’s denial of congresswomen Ilhan Omar and Rashida Tlaib’s requested entry to Israel, criticism and condemnation came from Jewish organizational leaders and rabbis across the political spectrum.

While Rep. Tlaib was ultimately granted conditional permission to visit her family in Palestine on a humanitarian visa, which she declined, President Trump’s pressure, the prime minister’s decision and the swift reaction among American Jewish leaders are all significant.

For staunch Israel advocates to rebuke the Israeli government, calling it everything from a colossal mistake to an outrage, is nearly unprecedented and it means something. “Take the hook out of your mouths,” wrote one strongly pro-Israel rabbinic colleague.

It’s not explicitly taught in rabbinical school, but American Jewish leaders—especially in mainstream organizations—quickly learn in the field to stick to a careful script when it comes to Israel. To breach that standard, we’re told, will not only endanger the state of Israel but also jeopardize our jobs. Those who do are called traitors, self-haters, whores. We have to field death threats and have to think about how to protect our children.

As a result, criticism is muted, behind-the-scenes, carefully calibrated and too often saved for safer issues, like religious pluralism (i.e. the conversion law and Women of the Wall), rather than human rights. So speaking out against this decision was not easy. In a week that broadcast profound deficiencies in both Israeli and American political leadership, it was remarkable to see mainstream and even center-right American Jewish leadership stand up with moral clarity.

At the same time, criticism of this decision—even condemnation—is not enough. We must not pretend that this is some anomalous, momentary lapse of political judgment. President Trump, recklessly subverting convention, punishing his political opponents and strong-arming his allies to play to his base, and his basest instincts, is perfectly characteristic. And Prime Minister Netanyahu making craven political calculations that override common sense, decency and democracy, fits right in line with the well-established pattern of his leadership.

It’s important that we recognize the decision to deny the congresswomen entry was the natural outcome of years of erosion of democratic norms, largely uncontested from the mainstream. It was also the natural outcome of a ferocious, unchecked anti-Muslim sentiment fueled from the top-down in both countries, and in the US, a virulent antipathy toward people of color, generally, and Muslims, in particular.

Unfortunately, the American Jewish leadership has too often determined that—even worse than remaining silent—it is their job to fire-wall Israel’s right-wing government from all criticism. Many have spent years in hive mentality, pouncing on indications of anti-Semitism among Israel’s critics, which, sadly, were often readily available.

And too often, they claim a PR problem rather than acknowledge and address the hulking policy problem: the 52-year military occupation of millions of Palestinian people. This reflects a gross abdication of responsibility and moral leadership, and it must end now. Occasional tepid condemnation at egregious breaches of norms is simply not sufficient to turn back the growing tide of hyper-nationalism and extremism.

We must use our own Jewish and moral intuition to insist on Israel becoming a just and fair society, reflective of our core Jewish and democratic values.

What can we do now? We need to amplify the voices of Israel’s political and human rights leaders fighting for democracy and civil society, working toward a future of justice, equality and peace. Now would be a good time to support the New Israel Fund, which has been sounding the alarm about the dangerous erosion of democratic norms for decades, and is working to ensure that Israel becomes a just and shared society.

Now would also be a good time to plan a trip to Palestine. If you call yourself a Zionist, but have never been to Ramallah, to Bethlehem or Hebron, if you’ve never seen the Qaladia checkpoint or heard Palestinians speak honestly about their lives under occupation, you are doing a disservice to the Israel you love. It’s on all of us to know what we’re talking about when we engage in the geopolitics of love. American Jewish leaders should see it as a sacred obligation to go on an Encounter trip, to hear Palestinian voices and see what the Israeli government is so intent on members of Congress not seeing.

Israel’s decision to cave to political pressure and deny entry to Congressional Representatives is another in a long list of self-destructive acts. But Israel—and America—can still choose another path. We need to do more than criticize and condemn individual bad decisions, we have to reject the politics that foment hatred and division. And in its place, we need to build a political and social reality that reflects Jewish values of tolerance, equality and humility, and fights, above all, for human dignity.

Rabbi Sharon Brous is the founding rabbi of Ikar in Los Angeles.