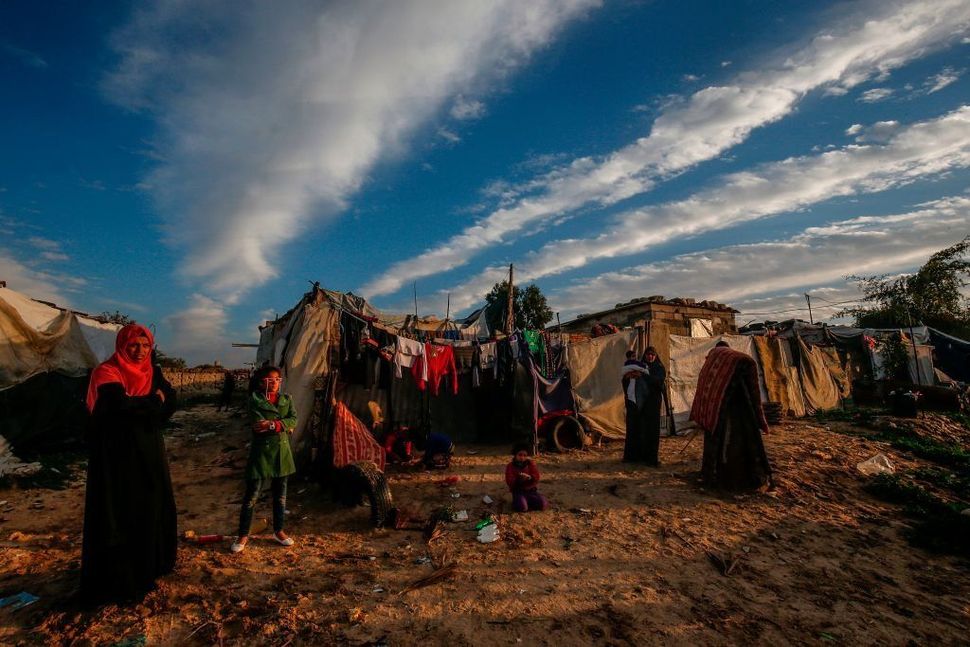 This week, a senior Israeli official admitted that his government has been actively pushing Palestinians to emigrate from Gaza for a year.

This Israeli-induced one-way emigration from Gaza is fundamentally wrong on many levels. It’s absolute cowardice to prioritize emptying Gaza of its people over working to end the miseries suffered by its caged population. And it’s heartless to force Gazans to choose between abandoning our home and surviving, a horrifying choice that so many have had to face throughout history.

It guarantees that the enclave will become even less habitable and more destitute, since those capable of bribing their way out of Gaza are the most resourceful, educated, accomplished, and of course, those with means.

Israel’s facilitation of this tremendous resource drain is tantamount to dismantling Gaza’s potential and its social and moral fabric brick by brick. And if it succeeds in its efforts, those who remain will be either ignorant, or violent extremists, who will have an easier ascension to the top with little opposition, or desperate, futureless, hopeless youth, incapable of leaving Gaza yet desperate to end their plight in anyway possible. And so far, the only way Netanyahu and the international community have been responsive is when Gazans violently disrupt the status quo.

And yet, there’s an irony to this forced migration. For in a world that is becoming increasingly hostile towards migrants and refugees, many of those who put everything they had into escaping Gaza are now worse off than they were back at home. Cairo alone has around 16,000 Gazans. Without residency permits or the ability to obtain them, these people are effectively blocked from finding work, education or basic stability. They are isolated, and live in constant fear of deportation. The uncertainty about what tomorrow might bring breeds nothing but dangerous despair.

In Istanbul, there’s a similar number of Gazans, some of whom manage to reside legally through one-year tourist or student visas that give them no rights to work or government financial assistance. This leaves them vulnerable to either running down their savings to the last penny or falling prey to exploitation in low-paying, black-market jobs, if they are even fortunate enough to find them at all in Turkey’s stagnant economy.

The most coveted destination is Europe. But it’s barred by increasingly impossible asylum rules, the paralyzing danger of drowning in the Mediterranean or becoming trapped in the infamous refugee camps, where drugs and violence are rampant.

The disillusionment of those giving up and returning to Gaza after making such traumatic, costly and futile journeys will only further fuel the violent pursuit of ending an insufferable status quo.

Finally, this open admission of Israeli-sanctioned emigration from Gaza demonstrates that no one there is even bothering to downplay the grave dangers and suffering perpetuated under the status quo. At the same time, across the political spectrum politicians are opting for self-aggrandizement and grandstanding, instead of undertaking necessary action to defuse a ticking time bomb.

Collapsing all political rhetoric pertaining to Gaza’s dehumanized population into the language of “deterrence” has become an impediment to rational thinking.

The counter-intuitively brutal Israeli approach to Gaza might appeal to extremist constituents, nourish their hatred and make them feel good momentarily. But peace and security are not established on what feels good, but on what works and lasts long term.

The best and only way to achieve stability, peace and even deterrence is to bring back hope to Gaza so its people can have something worth living for, instead of withering away in despair or violently kicking and screaming all the way to our deaths.

It makes greater sense to allow Gazans to cross to the West Bank and Israel than forcing us to take a one-way passage to the unknown and wishing for the ocean to engulf us. The transfer of technology, human and financial capital across more open borders would benefit both sides. The hope it would bring would assuage and deter extremists from stirring up trouble and harming a new status quo of prosperity. It would also lead to capital accumulation and reinvestment in Gaza, creating more opportunities and self-sustainability. And it would help Gazans to connect with the other side, undoing the entrenched dehumanization that we’ve both been subjected to for so long.

The opportunities that would follow from lifting the blockade far outweigh any “security concerns,” legitimate or otherwise. Fear and concern are a personal experience, whereas danger is indisputable; it leaves no room for debate, only room for action. Gaza is now on the verge of perishing; it is indefensible to give its people a choice between death or exile.