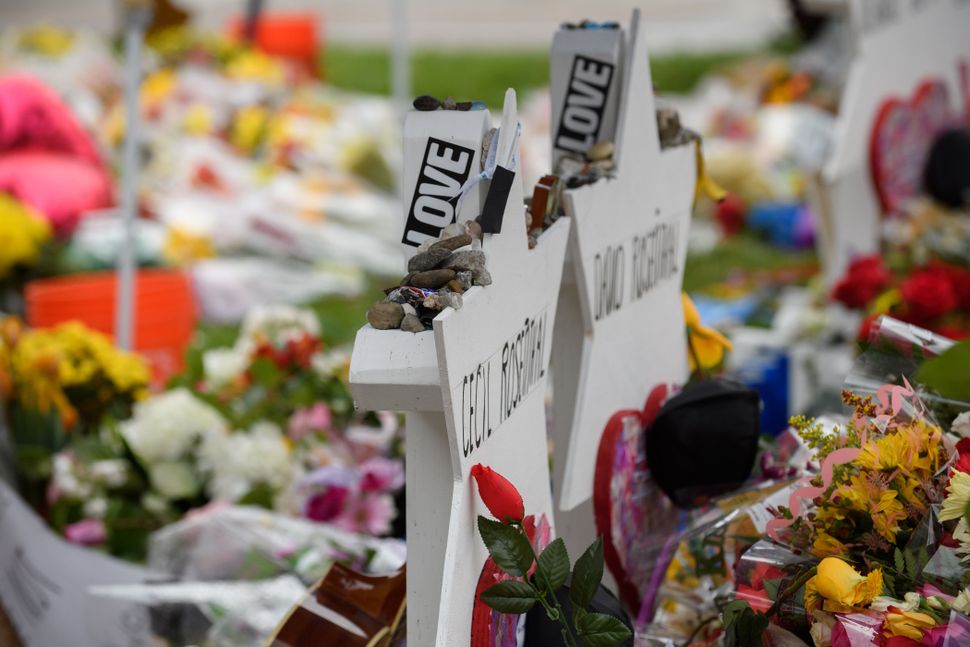 If two Jews have three opinions, how many opinions might six million American Jews have? We’re a boisterous, disputatious bunch, as we should be. We’re also remarkably good at dividing into tribes of those who dress or think as we do. But what if identifying first and foremost (and even only) with such subgroups is a luxury we can no longer afford?

It’s hard to say whether the Jews who came before us, during periods like the Dreyfus Affair, knew they were living history — not in a generic sense, but in the sense that they were living through tumultuous times that became part of Jewish history.

We study such periods today to better understand the ongoing story of our people, including familiarizing ourselves with the threat of anti-Semitism. In a related way, I’m increasingly convinced that we will look back on 5779, a year that included deadly attacks on both Pittsburgh’s Tree of Life synagogue and the Chabad of Poway, as a turning point in the history of American Jewry.

Anti-Semitism never completely disappeared in the United States, but in my lifetime, it hasn’t been prevalent, and it has largely been consigned to society’s fringes. That’s changing. Rapidly.

More and more, it looks like those of us who grew up in the post-War period weren’t experiencing a new, enlightened age of history where everything keeps improving, but rather something of a post-Holocaust holiday from anti-Semitism. We just didn’t know it.

Anti-Semitism has come roaring back with a vengeance. Some of it is physically threatening, while some of it is merely intended to make Jews feel unwelcome in our own long-time communities.

On a macro level, Jews led the FBI’s latest list of religion-based hate crimes, 58% of which targeted us. A new report from the Amcha Initiative found that while “classical anti-Semitic harassment decreased by 42%” on American college campuses between 2017 and 2018, “Israel-related harassment increased by 70%” over that same period.

As for specific cases, the Women’s March was embroiled in a controversy over anti-Semitism at the start of 2019 and then again this month. In June, the DC Dyke March announced they would ban Jewish pride flags (while allowing Palestinian flags). More recently, the Rockland County GOP released a video comparing the growing Orthodox population to a gathering storm threatening the county’s other residents.

“Jew down” was defended as “a verb” and not a derogatory phrase by more than one member of Trenton, New Jersey’s City Council. Lest we forget, there’s a steady drumbeat of attacks on Hasidic Jews in their Brooklyn neighborhoods. And this doesn’t even account for the harmful comments (plural!) our elected officials in Washington have made this year.

Still, dear reader, I come in peace. I think all the aforementioned examples are bad for the Jews; I’m not interested in a fight or ranking over what — or who — is worst. I believe that anti-Semitism exists on the right, the left, and among Islamists. I also think partisan squabbling is not only a luxury, but one that’s too costly after a year when we’ve lost 12 Jewish lives to anti-Semitic attacks.

Anti-Semites don’t differentiate between us based on our political views or how we daven (or don’t). In my mind, we’re past the point where it matters that I’m a Jew who worked for George W. Bush, and that many of the people reading this voted for Barack Obama. We are one people, and we are all under assault.

As we prepare for the new year, I hope that our community can commit to finding common ground in the battle against anti-Semitism. We must overcome internal divisions across politics, religious observance, and our familial origins.

In 5780, as we protect synagogues, schools, and Jewish community centers — literally securing the Jewish future — we should also plan to increase public pressure. If we want change, we must not only criticize those we don’t consider allies, but also hold our friends accountable (we all have more sway there).

Every Jewish organization should be speaking up about anti-Semitism and insisting that public officials do more to arrest perpetuators of casual anti-Semitism and to halt physical violence. That means standing with those who are most visible — whether college students outspoken about their support for Israel, or Hasidim walking the streets of Brooklyn — whether or not they think or look like us. There’s no reason to think that officials like Mayor de Blasio or the Rockland GOP will act unless they start hearing from more of us that this matters, and we find the status quo unacceptable.

We are one family. And the best way to hold onto the golden age we’ve known in America is to live like we truly believe that.