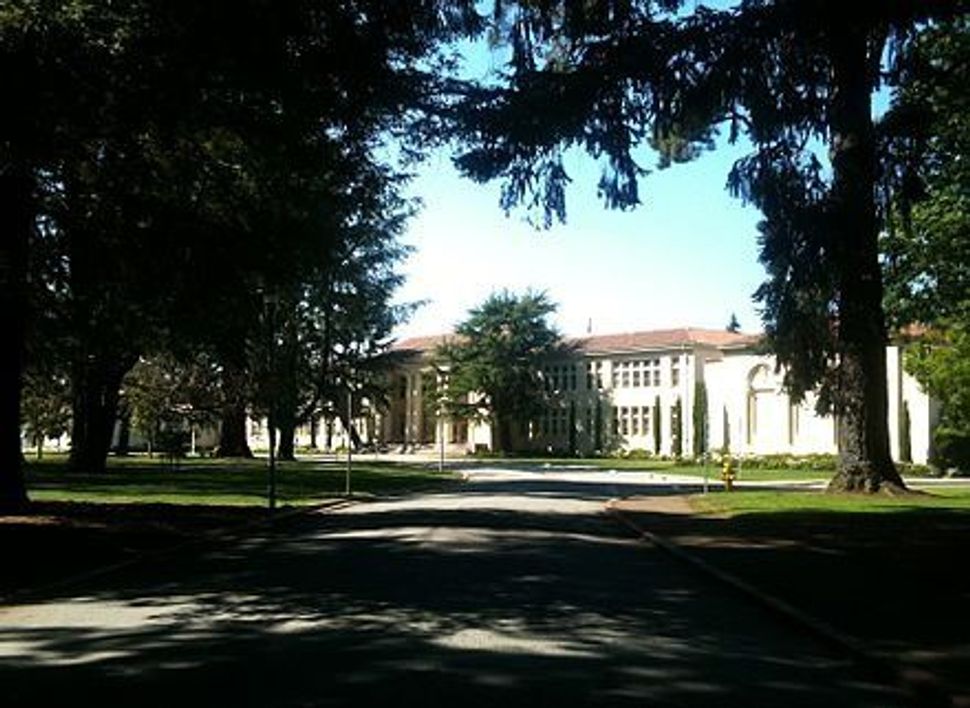 Swastikas were painted on the walls of Burlingame High School. Image by wikimedia

(JTA) — After swastikas were painted on the walls of a San Francisco-area high school, the students took a stand.

Days after the incident, hundreds of students came to Burlingame High School wearing red T-shirts or hoodies in red, a school color, to display “unity against hate.” They placed their painted handprints on banners reading “We are stronger than hate” and “Panther strong.”

The principal, Paul Belzer, described the graffiti painted in 10 different places as “anti-Semitic, homophobic and racist.” He said an investigation by the Burlingame Police Department and the San Mateo Union High School District is underway. No suspects have been identified.

“I am outraged,” Belzer wrote in an email to parents, J. The Jewish News of Northern California reported. “I feel our students and school, and our school’s values of integrity and community have been attacked.”

There have been other such incidents at the school, including in April, and at an intermediate and elementary schools in Burlingame.