Letter | I Was Denied An Education At My Hassidic School 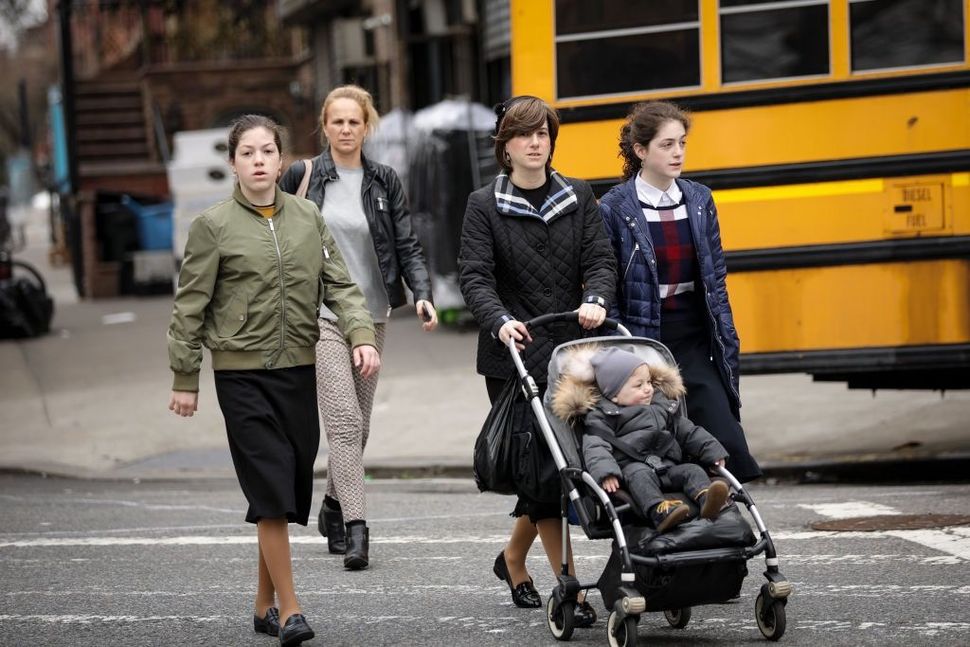 Family outside of a Brooklyn Yeshiva Image by Getty Images

I am contacting you regarding Moshe Krakowski’s recent opinion piece, The Truth About Secular Studies In Haredi Schools.

This piece is a classic example of how propaganda functions in public debate. Here we have an academic who has “studied Haredi schools in-depth for many years,” and he is just flat out wrong about the basic realities on the ground in Hasidic Yeshivas.

For instance, the author claims that “with very few exceptions, even [Hasidic] schools offer students a basic grounding in core subjects, a fact few people outside these communities seem to recognize.” As someone who was actually inside “these communities,” went through the Yeshiva system, and was utterly crippled by it, I would like to exercise my right to beg to differ.

The author admits that there is evidence that many Hasidic yeshivas are guilty of severe educational neglect. But he calls this evidence “anecdotal,” though that doesn’t disqualify his own anecdotal evidence.

Well, here is a direct report from someone who actually went through the system, not a scholar who hasn’t the slightest clue what the real conditions I endured as a child were. I went to a Satmar yeshiva in Boro Park. I did not receive anywhere close to a basic education there, and my teachers were in no way qualified to teach. The small amount of time dedicated to “English” studies was just that — time.

Contrary to the author’s claims, my yeshiva did not teach anything more than basic arithmetic, and even then, there were no standards or structure to the curriculum. We certainly were not taught history, social studies, or literature, as the author described in his piece. My experiences have left me with life-long issues I will never fully recover from.

And if the author would listen to the direct reports of others who have been through what I have, instead of relying on what he calls “scholarship,” then he would see that there are so many others like me, and even others who had it even worse than I did.

Imagine if a significant number of victims of child neglect and abuse started speaking out about their experience, and then a bunch of psychologists who have studied child trauma in-depth for many years told these victims that their own experience didn’t happen, and that they know better what it is like to have grown up in an environment which they were never themselves in. This would be an absurd situation. It would be scandalous.

Ignorance is one thing, but thinking you know more about a topic from studying it academically than those who actually lived it? That is simply unacceptable.

Letter | I Was Denied An Education At My Hassidic School