For Years, I Opposed Lawsuits Against My Abuser. I Was Wrong. 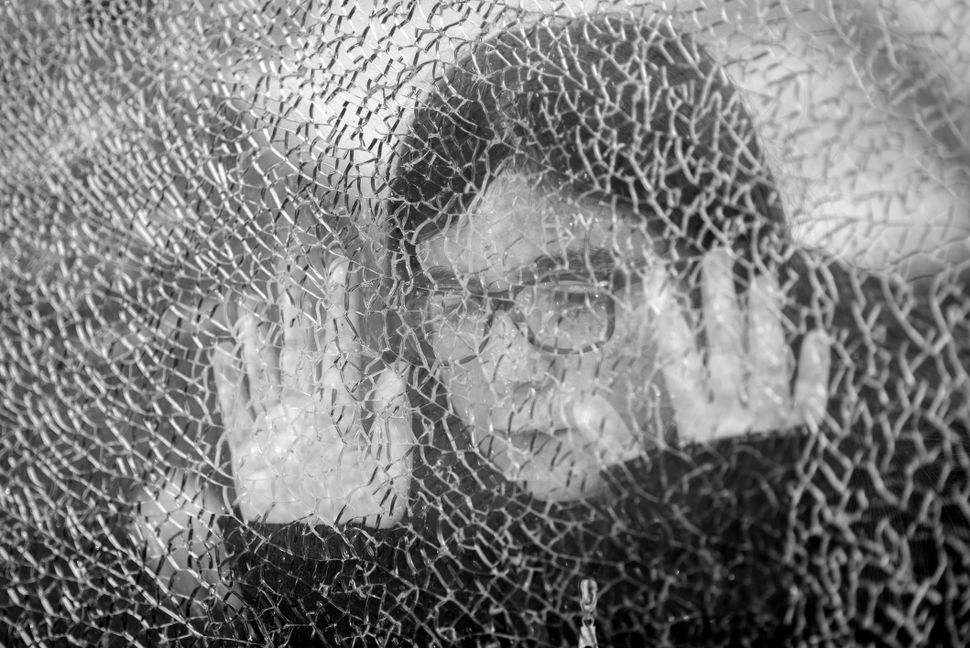 Following the arrest of my conversion rabbi, Barry Freundel, I was certain I wouldn’t sue. Freundel had secretly videotaped me in the preparation room of the mikveh, the ritual bath, both when I took a “practice dunk” in October 2010 and then again on the actual day of my conversion in June 2011. But though the experience was deeply violating, and has had a lasting impact on my relationship with Judaism, I felt certain that a lawsuit was the wrong way to seek justice.

What would it accomplish? I wondered. The institutions where the abuse took place reacted as best they could, as swiftly as possible. And to sue Freundel himself, well, his finances did not exist in a vacuum, I reasoned. His family were also victims of the situation. Just because I was a victim, that didn’t give me license to sue other victims.

The pervasiveness of sexual abuse in the Jewish Orthodox community, coupled with the fact that deterrence methods are few and far between, have led me to a radical reevaluation of my previously held views.

In the time since Freundel’s arrest, guilty plea and sentencing, I’ve seen how his violation has altered the lives of countless people: his converts, those in his congregation, and those in his personal life. His arrest set off a wave that turned into a tsunami. The victims are not just those like me who he taped; they are innumerable.

The thing is, I never noticed the problem of sexual abuse in the Jewish community prior to my own experience. But the experience opened my eyes, and since, I’ve seen and heard stories about it everywhere.

In the months after Freundel’s arrest, I almost enrolled my oldest child in a preschool, until I found out the principal’s husband had been arrested for molesting children at a summer camp. He would later be arrested for soliciting a human trafficking victim.

Soon after that, I was asked by a prominent Jewish publication to write a piece for their print edition, but at the last minute, the space for my piece was used to fit a large and glowing obituary for Rabbi Yisroel Belsky, a prominent authority in kosher laws for the Orthodox Union. But outside of his kashrut expertise, Belsky is also known for discouraging victims and their families from reporting sexual abuse to authorities and has even defended a confessed sexual abuser, Rabbi Yosef Kolko, a former teacher at a Lakewood yeshiva. Belsky wrote that a Jew who goes to the police to report a sexual abuser is guilty of being a “moser,” the rabbinic term for a Jew who informs on another Jew, and “has no share in the world to come,” the Jewish Week reported.

Everywhere I looked, more sexual abuse stories were emerging around me, and yet everyone appeared as oblivious to the problem as I once had been. Whereas I once felt safe, I now became consumed with worry about the safety of my children in Jewish programs, schools, summer camps, and in the Orthodox Jewish community writ large. While I once planned on sending my children to sleep away summer camp and Jewish day school, my concern over sexual abuse convinced me to remove the possibility of sleep-away camp from our future plans, and played a part in our decision to homeschool our children instead of sending them to day school.

Furthermore, in the case of the Catholic Church, it’s clear that it was only the fear of lawsuits and eventually the fear of the absolute financial decimation of dioceses around the country that led the Church to act and start taking the abuse seriously — at least, according to Edward Mechmann, the director of public policy at the Archdiocese of New York and the director of the Safe Environment Office at the archdiocese.

It’s not just Catholics. In the years following the Freundel case, I’ve spoken with countless Jewish professionals and rabbis about sexual abuse in our community. And they have confirmed what I myself have observed: that while the fear of God may not prevent abuse, the fear of meeting a fate like those involved in the Freundel suit can.

Whereas I once felt that a lawsuit would send the wrong message to Jewish institutions about turning in an abuser, making them reconsider alerting authorities, I now believe that the suits send exactly the message that Jewish institutions needed to hear: You need to take the possibility of abuse seriously and have protocols in place to prevent it from taking place in the first place. And if you don’t, you will pay.

And Jewish institutions are paying, under a new law in New York State allowing victims of long-ago abuse to file civil suits. 38 former students at the high school at Yeshiva University recently sued their school over alleged abuse, as have seven other men from two other day schools.

It’s clear from the news that the problem isn’t new, and it isn’t going away. What will it take for the rest of the Jewish community to have the “glass shattering” moment like I had? What will it take for Jewish institutions to recognize their job is first and foremost to protect the most vulnerable?

It should not take someone they love — or even, themselves — becoming a victim, as it did with me.

And yet, it seems like the only thing that motivates change is fear: specifically, a fear of lawsuits.

So for the sake of the Jewish community’s survival, I hope every victim files suit against every Jewish institution that let them down: schools, synagogues, and communal organizations alike.

Several weeks ago I cashed a check related to a class-action lawsuit filed on behalf of Freundel’s victims and those who used the mikvah he violated. And while I once would have felt discomfort at doing so, I now feel nothing of the sort.

I applaud the women who filed suit and wish I had done the same.

For Years, I Opposed Lawsuits Against My Abuser. I Was Wrong.