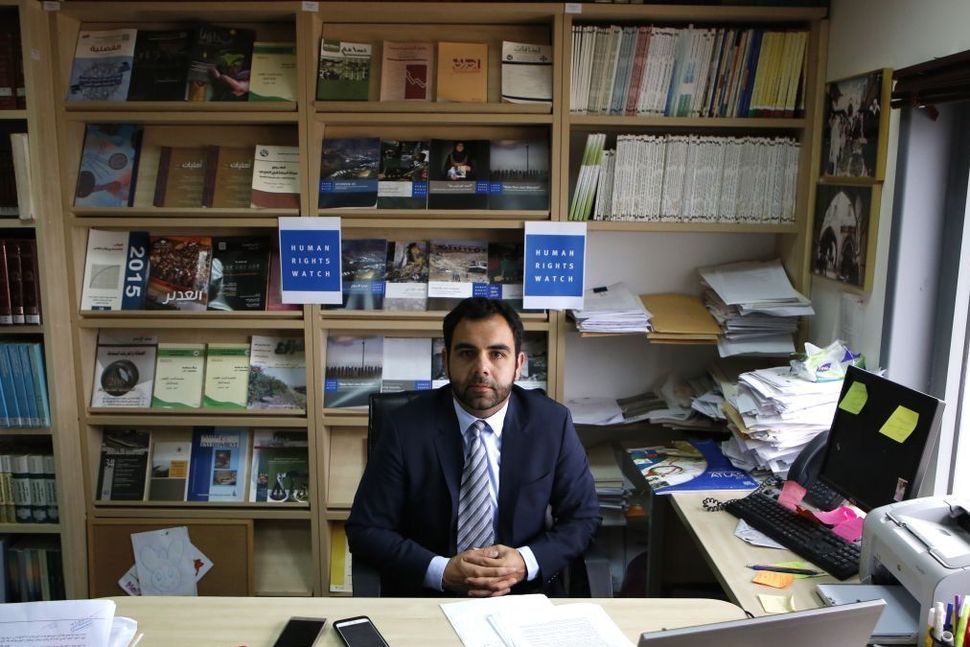 In the next few days, Israeli courts will decide the fate of Human Rights Watch’s Israel-Palestine Director Omar Shakir. They will decide whether to allow him to stay and continue his work reporting human rights abuses or to adhere to an anti-democratic law and deport him.

Whatever the court decides, one thing is clear: Omar Shakir has been targeted by the Israeli government and put on trial because he and his organization expose the human rights violations resulting from the Israeli government’s ongoing decision to occupy the West Bank, and for no other reason.

What is equally clear is that deporting Shakir because of his political beliefs won’t make these human rights abuses go away. There is no political trick that will, as long as the Israeli government continues to deny the rights of three million people. The occupation is the single most important issue facing Palestinians and Israelis, and no amount of silencing will make it disappear. Only real lasting policy change can do that.

Last year, the Israeli government revoked Shakir’s work permit, and demanded that he leave the country within two weeks. Their claim was that Shakir promotes boycotts of Israel, which, under a 2017 amendment to the “Entry to Israel” law, is now grounds to deny him entry to the country. If the courts uphold this law, it will make him the first person to be deported under it, and set a legal precedent.

As part of its well-funded crusade against the Boycott, Divestment and Sanctions movement, The Ministry of the Strategic Affairs compiled a dossier against Shakir that cites tweets and petitions from over a decade ago, while he was a student at Stanford University in 2006.

Nothing in this dossier bears any relevance to the reason why Shakir is in Israel: to document human rights abuses in the West Bank and Gaza. He has not participated in any boycotts since joining Human Rights Watch and the organization itself takes no stance on BDS. Yet, the court may still uphold a law that would gag and deport him.

When I moved to Israel in my twenties, my first job was working with those in the field of human rights. I worked with Israeli organizations like Yesh Din, Ir Amim, and Physicians for Human Rights, organizations that offer a glimmer of hope to people who are victims of a system that does not see them as deserving equal rights, let alone offer them justice under the law. In that work, I found my own personal place of conscience in Israel, even as its governments so often appeared to have none.

The application of this anti-democratic law is another step along this path and represents a dark and dangerous moment for Israel’s democracy.

Healthy democracies accept criticism and political dissent. They understand that human rights organizations do not exist to make us feel better but rather to hold up a mirror to society, and to ask: Is this who you want to be?

What’s more, this legal sleight-of-hand, this attempt to hide the occupation and its human rights abuses behind a BDS bogeyman, simply won’t work. Because Israel’s human rights community and America’s progressive Jewish supporters will continue to tell these stories, even if Shakir is no longer able to do so. We care too much about Israel’s future to ignore them.

The Israeli Information Center for Human Rights in the Occupied Territories, B’Tselem, will continue to offer cameras and training to West Bank Palestinians to document human rights violations. The Association for Civil Rights in Israel and Bimkom: Planners for Planning Rights will keep working for the rights of Palestinians. Breaking the Silence veterans will continue to testify about the abuses they carried out while on duty in the West Bank and elsewhere. Deporting Omar Shakir won’t stop these stories.

Earlier this week, five American Jewish organizations came together to support Omar Shakir and call on the Israeli High Court to reverse his deportation order. These organizations know that Israel cannot solve its problems by sweeping them under the rug, and it cannot hide the truth by shutting up those who speak it.

To be sure, Israel faces many real threats. But expelling the human rights activists will not make Israel safer; it will only erode its democratic fiber and its standing as a democracy in the eyes of the world.

How the court rules will set an important precedent for Israel. It will determine whether those who reside within its borders have the right to express the full range of their political views on an issue Israelis have been debating for 52 years: the occupation of the West Bank, Gaza Strip, and East Jerusalem.