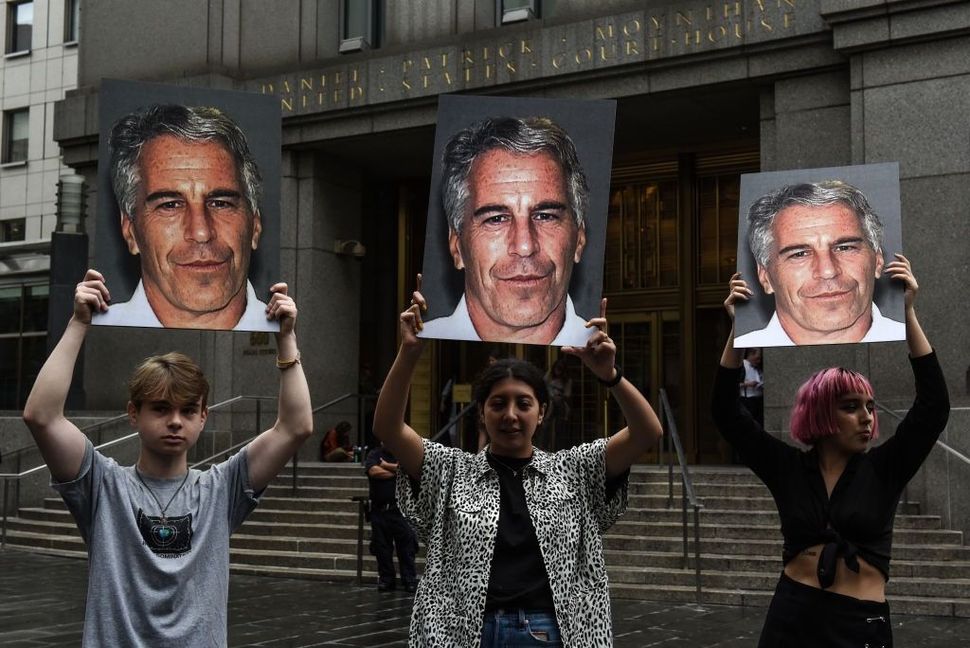 Jewish experience turns on vulnerability: So much of our communal discourse and action flow from Jewish fears about assimilation, anti-Semitism, the fate of Israel. Yom Kippur adds the dimension of also being vulnerable before God. Thinking of God’s power to write you into the book of death is meant to inspire a feeling of being the most vulnerable you could ever be, directly facing up to death.

Survivors of sexual and gender-based harassment more generally are intimately familiar with such vulnerability. In this third Yom Kippur since the current #MeToo movement began, Jewish communities should consider the vulnerability of some Jews to others, power misused by some Jews over others, and how to make amends.

In some ways, Jewish texts don’t help us here because they reinscribe the same power relations that need to be disrupted — like Rabbi Eliezer’s claim that women should not be taught Torah because they’d use their knowledge to get away with adultery. We also don’t have a lot of discussion of those who are vulnerable within the Jewish community, in part because the self-concept of Jewish community is to consider itself caring.

Many survivors live with trauma from the assault itself as well as from continued denials of responsibility from the perpetrator and the community. Yet we’re past the point now where there’s any legitimate denial of the problem of sexual assault, the whole spectrum of gender discrimination and gender-based violence. At the governmental level, some legal and procedural changes have begun to take place, and at the cultural level a shift has also gotten underway.

Yes, there are remaining questions about when and how we know an offender has sufficiently done teshuvah to be able to return to polite society. But women’s lives continue to be negatively affected by gender-based violence and discrimination, and until we’ve gotten some traction on that issue, focusing on what happens to the lives of men who commit this violence is misplaced and counterproductive.

These men had every opportunity to behave rightly and didn’t do it. The case of Les Wexner, who has paid for the education of numerous Jewish communal leaders, is nearly the most egregious case possible of someone who was well acquainted with Jewish ethical tradition and yet allegedly permitted truly horrific behavior to go on under his nose.

MeToo activists have been clear about what changes are needed in Jewish organizational policies and communal culture. A few institutions have responded by, for example, holding off on inviting known harassers to speak from platforms of authority. Yet others have continued to fail survivors. Jewish institutions must begin to consistently take sexual harassment reports seriously, not claim that they are not under their jurisdiction. Jewish institutions must expose “open secrets” like Michael Steinhardt’s sexual harassment of numerous women, and stop such illicit behaviors. Institutional leaders must not only acknowledge the research about harmful institutional cultures but they must act on it immediately.

The fact is that communal institutions and leaders have betrayed Jewish women. How do organizations do teshuvah for sins including encouraging their women employees to endure sexual harassment to improve the organization’s chances of getting money, and promoting men more frequently and paying them more than women? How do religious institutions do teshuvah for covering up abuses by religious leaders?

One place to start would be by publicly owning up to these failures. Institutions should take responsibility for fostering conversations about sexuality and power at all levels. Leaders should be doing much more listening than talking once they create these spaces. And leaders may need some help learning to let go of defensiveness.

The practice of communal vulnerability on Yom Kippur is a great time and place to start. The practices of vulnerability at Yom Kippur — acknowledging fault and failure, seeking forgiveness without defensiveness, initiating the needed changes, and planning for the courage needed to persist in them — can help us imagine ourselves into a better set of relations. Teshuvah is a practice of relearning what it means to be good and imagining what it will be like to be good in particular ways and put that into practice.

We’ve already spent a few years documenting the problems and coming up with solutions in the context of the #MeToo movement, which builds on decades of earlier feminist analyses. We already know what needs to be done. We need to embrace the vulnerability of teshuvah in making the changes and seeing them through. If we don’t do that now, we’re not really doing teshuvah at all.

Dr. Jennifer A. Thompson is an Associate Professor of Applied Jewish Ethics and Civic Engagement at California State University, Northridge.